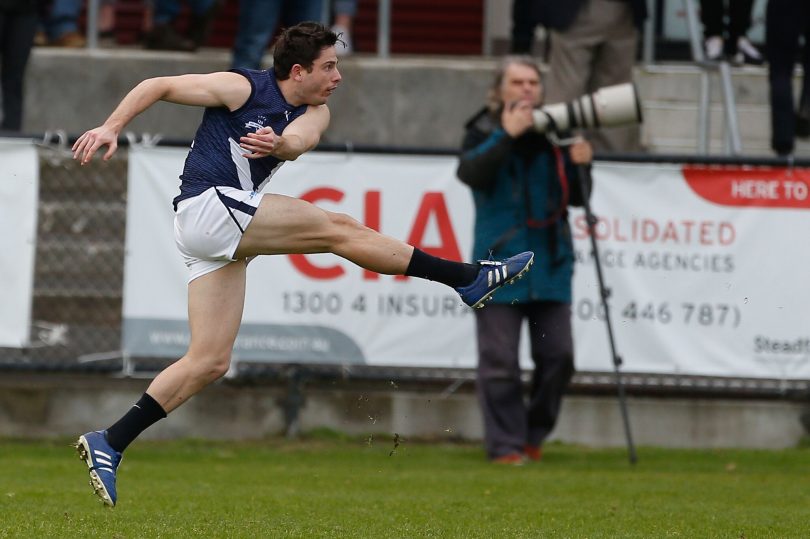 Jason Tutt was 18 years of age and still at Erindale College when he was drafted to the Western Bulldogs at pick 31 in the 2009 AFL National Draft.

Two years later he made a spectacular entry in his AFL debut against Port Adelaide kicking three goals in his first three touches. It set the template for the rest of the day, ending up with a Brownlow vote as one of the game’s leading players.

To describe it as a surreal experience is a significant understatement: “It was one of those games where everything flowed,” remembers Jason. “I hadn’t registered what I had done at the time.”

Jason went on to play 26 games for the Western Bulldogs before playing 14 for Carlton.

For seven years he was effectively in the AFL bubble, training as an elite athlete then playing.

Now 11 years after he was first drafted into the AFL from school, Jason is returning home to take on a player/senior assistant coaching role at his former Canberra club, Ainslie.

It’s a club in which his family has a rich history. His father, Robert, brother, Ryan, and uncle, Alan, all played a significant role at the club over the years.

Jason played first grade for Ainslie at the age of 15 against the Sydney Swans reserves at the SCG.

His last game for the tri-colours was in the 2009 Grand Final in which Belconnen beat Ainslie by a goal.

His return to Ainslie was forecast last season. He was going to play a few games for Ainslie, but COVID-19 halted those plans.

Now, as he prepares to move from Melbourne to Canberra to take on this new role, it’s a chance to provide perspective on the past 11 years and the reasoning behind the return home.

“I’ve essentially had two parts to my life in the past 11 years. There was AFL for 11 years, then university, a new career, engagement to partner Jess and a baby girl,” says Jason.

There’s a fair bit to unpack there, so we will start with his life post the AFL.

He worked for the Professional Footballers Association, Australia’s professional soccer players’ union, focusing on player development and welfare with a range of clubs for two years, including Melbourne Victory.

It dovetails perfectly into his position at Ainslie. He will be a key player and a senior coaching assistant under the leadership of head coach, former Carlton player, Jordan Doering. Additionally, he will undertake responsibilities for player welfare and development.

“I’m really looking forward to working with Jordan,” Jason says. “We have the same philosophy. My role will be to help develop young players.”

Jason says he has learnt plenty in the past 11 years on and off the field under coaching luminaries like Rodney Eade and Mick Malthouse. He says he is looking to impart that experience to the younger players. 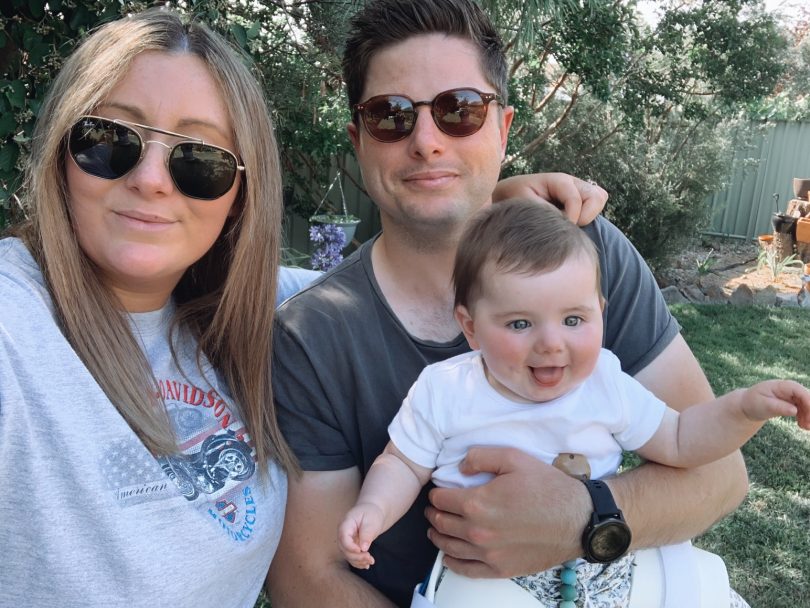 There is also an addition to the family in the past year, with baby daughter Frankie. This adds to the attraction of returning home to be among a strong support network. And three months spent in Canberra during the Melbourne lockdown solidified the desire to come home.

From a sporting point of view, it’s not just about football. There’s also Jason’s passion for baseball. He’s been playing for Sunshine in Victoria and is keen to play for the Ainslie Bears in the ACT baseball league.

In fact, he’s ready to make an impact on many aspects of the Canberra community. Welcome home, Jason!

Greg Myat - 2 minutes ago
Still it would be a shame to cut everything down due to a once in how many years event. View
Mitch Bourke - 32 minutes ago
I was hit by a branch checking the mail on Monday 3 stitches later and an hour on hold to access Canberra for a tree that was... View
Peter Campbell - 2 hours ago
In N. America a study of tree failures found that Euks in general were not any more likely to fail that non-Euks when the dat... View
News 319

Zoe Lewer - 9 hours ago
Bob Foster yep. Us humans sure have made an impact. We are the problem. You are right. The day the people who were invaded ch... View
Joy Gosden - 10 hours ago
Yes. What were they thinking planting them in our suburbs. They drop limbs attract pests and stop grass growing around them.... View
Bob Foster - 10 hours ago
Another deluded hypocrite post Zoe Lewer 😂 I'm betting you live in a man made structure....made with either cut down trees... View
show more show less
*Results are based on activity within last 7 days

@the_riotact @The_RiotACT
For Ray McJannett, it's all about capturing memories - whether it's the Tomb of the Unknown Soldier at the @AWMemorial, or the hard life lines in the face of an old shearer https://t.co/kL9LmKKCao (45 minutes ago)