Canberra Baseball Season To Hit Off 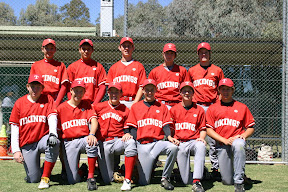 Baseballers in Canberra have pulled out their baseball bats and gloves and have started their pre season training ready for another exciting season of baseball. Baseball is a summer competition played in Canberra between October and April with six local clubs and an ACT Academy team participating in the senior A Grade competition. The Tuggeranong Vikings, Kambah Eagles, Sterling Indians, Woden Rebels, Ainslie Bears and the Aranda Bandits make up the six clubs. All clubs are still welcoming new and old players wanting to play in the coming seasons competition. Junior baseball is currently enjoying growth in numbers with increased participation over the last 3 years. Juniors play in age groups covering Under 8’s, Under 10’s, Under 13’s, Under 15’s Under 17’s. Junior’s from Under 13’s upwards are eligible to trial and represent the ACT in national competitions played around Australia.Any parent from the Tuggeranong area wanting to register their child to play are invited to visit the Tuggeranong Vikings Baseball Club website to contact the registrar.

and anyone that’s not in Tuggeranong can find a something more convenient here: http://www.act.baseball.com.au/default.asp?MenuID=ACT_Clubs/2080/0/