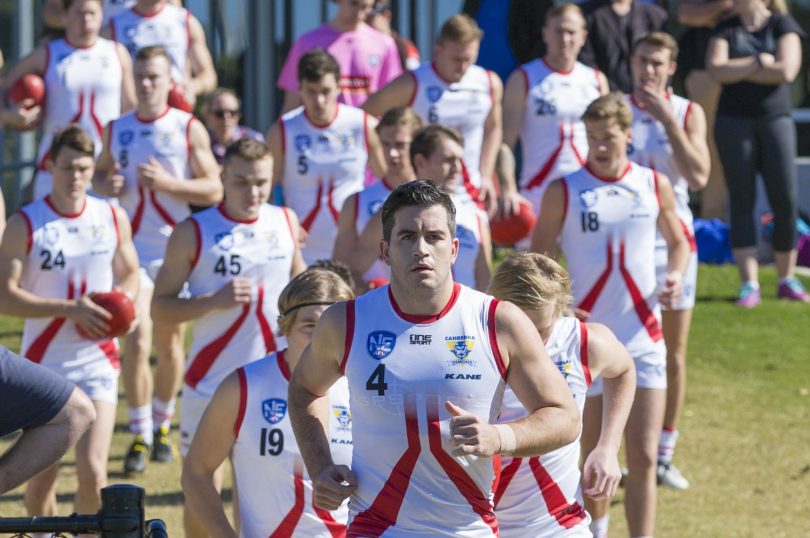 Aaron Bruce will lead his side against Sydney University at Blacktown International Sports Park on Saturday afternoon. Photos: Supplied by Canberra Demons.

They may be heading into the NEAFL finals on the back of four losses in a row, but Canberra Demons captain Aaron Bruce believes his side can still cause damage in the finals series and is urging his troops to play with reckless abandon.

Canberra secured their maiden finals appearance thanks to their fantastic mid-season form and will come up against Sydney University at Blacktown International Sportspark on Saturday afternoon (1 September).

The Demons’ last victory was a 21-point win against the NT Thunder over a month ago, but the half-forward said the club will not make any drastic changes and will need to utilise their strengths and take the game on.

“We have had a hard run of footy playing against the top sides to finish the year off, but as everyone knows, anything can happen in finals,” he said. “No one is expecting us to win against Sydney Uni on Saturday so there is no pressure on us and we are going to go out there and give it a go.

“We need to stop being afraid to take the game on. The key this weekend is to just go out there and play with almost reckless abandon.” 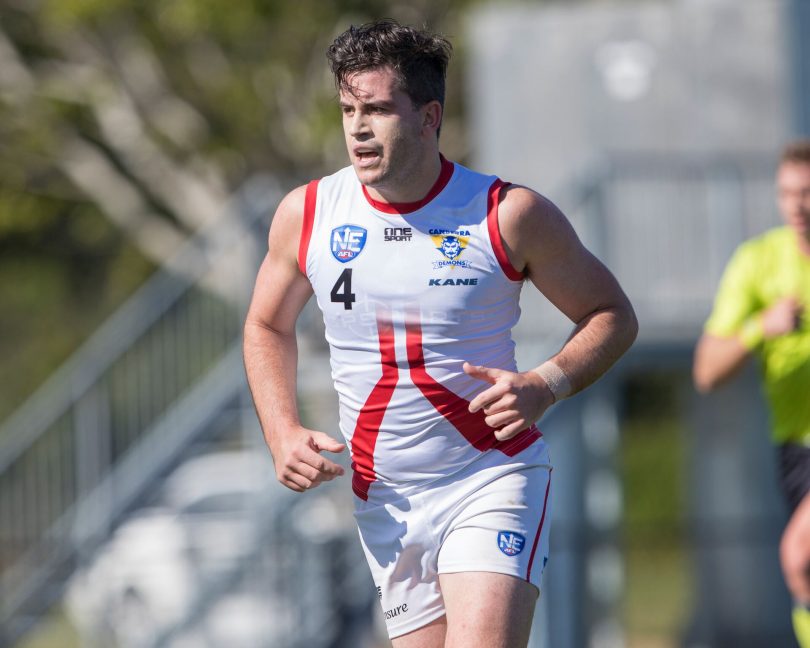 Last season the Demons fell one game short of the finals in player-coach Kade Klemke’s first year at the helm and in the three years previous (one year as Canberra, two as Eastlake), the club won just seven games.

The Canberra local said making finals was the goal the club set out at the beginning of the season and regardless of the result on the weekend the season would still be viewed as a success.

“Getting the ten wins throughout the year is a significant increase from previous years,” he said. “We have been competitive against all the sides throughout the season which is a big step up for us.

“There is a stepping stone program in place at the club to one day get the premiership. Playing finals was the first step which we have achieved so anything more this season is a bonus.

“Pushing forward, we will keep the bulk of our team together for next year and hopefully be in good stead for a tilt at the premiership.”

Kade Klemke’s proudest moment as coach of the Canberra Demons

@The_RiotACT @The_RiotACT
The stars have aligned for Canberra born & bred lawyer Haydn Marsh from @SHGLawyers, presenting him with a host of opportunities https://t.co/Lkfg9s5F5o (54 minutes ago)