Canberra has a big heart 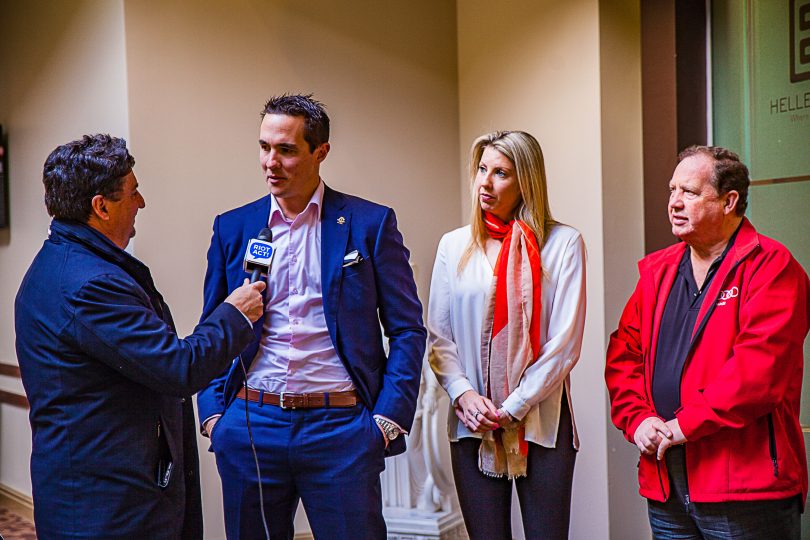 A community is often judged by the support it provides to those with a disability.

In Canberra, a case in point is the support the community provides to the Special Olympics through fundraising events.

The Special Olympics provides a weekly sports program for athletes with an intellectual disability. There is also a competition pathway allowing the participants to achieve their personal best in sport and in life.

The Special Olympics is unique in many aspects, with a focus on personal bests rather than who finishes first, second and third. One of the great memories I have of being involved in the Special Olympics over the past ten years is presenting medals to every swimmer in the one race at the AIS. There was no perception of rivalry between the athletes; instead, success was measured by the ability to take part. It is something often missing in other sporting competitions where winning is the be all and end all.

On the dais, everybody taking part had their arms in the air. They were all winners.

It’s worth noting too that the medal dais used by the Special Olympics for their events in swimming and track and field in Canberra were the ones used at the Sydney 2000 Olympic Games. Local businessman Richard Rolfe purchased the dais at an auction and he loans it out to sporting groups for use in Canberra.

The RiotACT is LIVE from the Hellenic Club of Canberra with Tim Gavel at the Canberra Special Olympics lunch, which raises funds to assist children and adults with intellectual disability to reach their personal best through sport. Tim chats with three impressive Canberrans – philanthropic businessperson Richard Rolfe, Olympic medal-winning athlete Cameron Crombie and former Australian Opal and local basketballer Carly Wilson, about the importance and value of the Special Olympics.

Posted by The RiotACT on Wednesday, August 1, 2018

I once described Richard and his wife Debbie as a tour de force when it comes to fundraising for charity in Canberra. For the past 30 years, they have been omnipresent at fundraising functions across the city.

Often Richard will donate a prize and then bid on it to ensure it raises money.

The tradition continued at the Special Olympics Sports Luncheon held at the Hellenic Club with Richard and Glenn Keys, from Aspen Medical (again, heavily involved), along with individual Special Olympians speaking about the role sport plays in their lives.

Research has shown that physical activity for children with an intellectual disability has a positive impact and carries over into the classroom. And we all know that involvement is often easier said than done. For children to be involved requires considerable commitment by parents to ensure their children can undertake the opportunities available to them. Sports opportunities, for both children and adults, also require considerable commitment and involvement from community members. 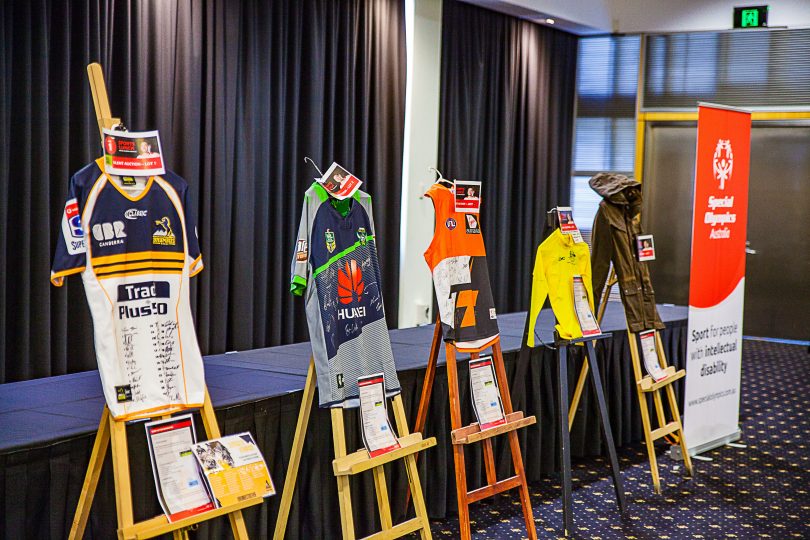 To ensure all children and adults in Canberra with an intellectual disability have the ability to take part in the Special Olympics, a coordinated fundraising campaign is essential.

This afternoon (1 August) was special as it was the tenth such Sports Luncheon in Canberra raising funds to maintain programs and send our Special Olympians away to the national competition.

All spoke with passion about their sport and what it means to be part of the Canberra community.

Hundreds of thousands of dollars have been raised at Sports Luncheons for the Special Olympics in Canberra over the past decade, and long may it continue. I am sure that will be the case while the likes of Richard, Glenn and Frank Lopilato are involved.

Often in sport and in life, we lose sight of what is important as we strive for personal success. Events such as today provide us with a much needed reality check. 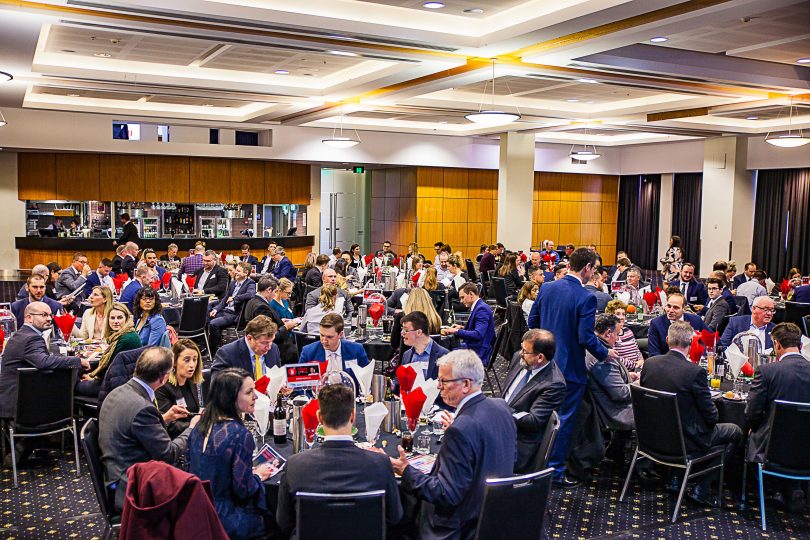