The 17th Annual Canberra International Film Festival launched today with a bit of a shindig at Dendy Cinema in Civic. The expected impassioned speeches about film, and a selection of excellent movie trailers kicked off the festival in style.

The festival proper will run from the 30th of October until the 10th of November and contains 63 films from 31 different countries.

Interestingly none of the films involved in this curated festival are older than 14 months, with most having only been released in the past year.

It is a fine time to be a film fan in Canberra.

Speaking of film fans, a selection of “Canberra film buffs, students, bloggers, presenters and comedians” will be getting involved int he festival as a part of an online review competition. 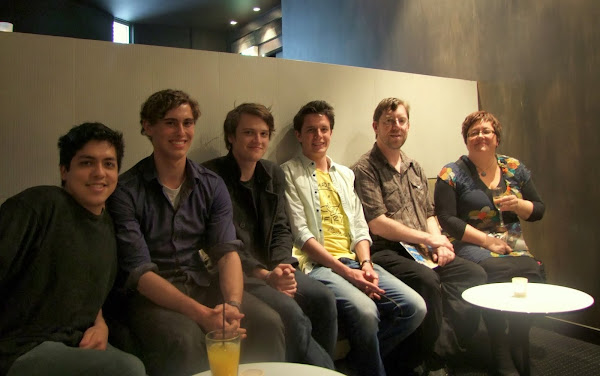 Competing to be CIFF’s answer to David and Margaret.

“We wanted to encourage more people L particularly young people L to become members of CIFF, to come to the festival and engage with the brilliant titles and discourse programs we have brought to Canberra,” Artistic Director Lex Lindsay said.

“We expect some reviews will be funny and others more serious, but I look forward to seeing what the reviewers have to say about some of the festival’s challenging and artistic films and documentaries.”

The reviewers will be assigned a film or documentary to review either in writing 350 words) or by video 90 seconds) that will be released and shared from the Canberra International Film Festival Facebook page. The review that gains the most likes, comments and shares will be deemed the winner. The winning reviewer s) will be special guests at the festival’s closing night film and after party and receive a year’s free membership to CIFF, which includes six free films at the Dendy Cinema throughout the year. 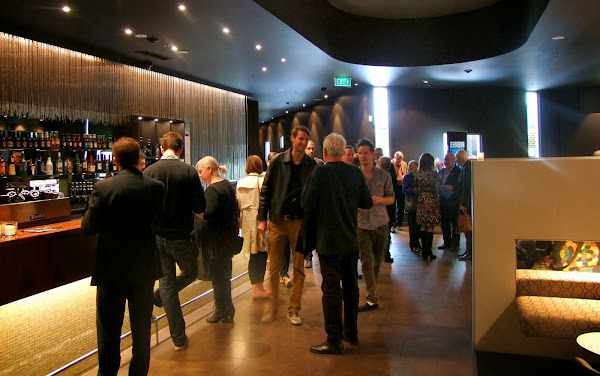 Check out the program for the festival on their website http://www.canberrafilmfestival.com.au/ or by downloading their smartphone app.

Greg Myat - 4 minutes ago
Would make a great spot for ghost hunters, could be money made from that alone. Pity. View
Michelle Langsam - 4 minutes ago
Martin Smith that crosses my mind too View
Gail Noakes - 24 minutes ago
Neglect them enough, so they can be demolished. Very sad to loose these beautiful heritage buildings View
Breaking 5

cats2dog1 - 6 minutes ago
Vaccines are distributed on a population basis. Redirect from within the State to meet urgency in Greater Sydney. And not sur... View
S Bright - 3 hours ago
Sorry, but no. 'We don't need the vaccines'??' Yes, we flipping well do! We're already giving 10% of our vaccines to NSW. I'm... View
Sam Oak - 3 hours ago
No surprises here that a labor government is refusing to help a liberal government. We are only shooting ourselves in the foo... View
News 1

opso - 37 minutes ago
So have they actually issued any fines yet? View
News 78

Kerri Hallas - 47 minutes ago
Debbie Thomsen I don’t fancy catching 2 buses changing at Tuggeranong and spending an 1 1/2 on buses each way or $100 on ca... View
Bob Fraser - 4 hours ago
Good on you Debbie, some sound advice at last amongst a lot of cringe-worthy comments. View
Geeta Datta - 5 hours ago
Kieran Angus Maybe, it's an EEG I'm thinking of. It's amazing how little they tell you about yourself lol. View
Sport 15

Garvin Francis - 1 hour ago
Mark Monterosso about as much enthusiasm as water running uphill. View
Community 1

Finally Relented - 3 hours ago
Yes - have noticed this too. An elderly lady was quite distressed at a Coles, and said she didn't own a phone and didn't know... View
TimboinOz - 3 hours ago
These blocing pages should be scanned for finger-prints. All antivaxers are boof-heads or worse.... View
Yvon Nemchinov - 4 hours ago
Well considering you have probably never lived under totalitarian rule, I expect you to lack understanding, Matthew. All of t... View
Property 3

Nick Swain - 5 hours ago
As well as potentially great public art the major attraction of this area to be maximised is its heritage. The ACT Heritage C... View
show more show less
*Results are based on activity within last 7 days