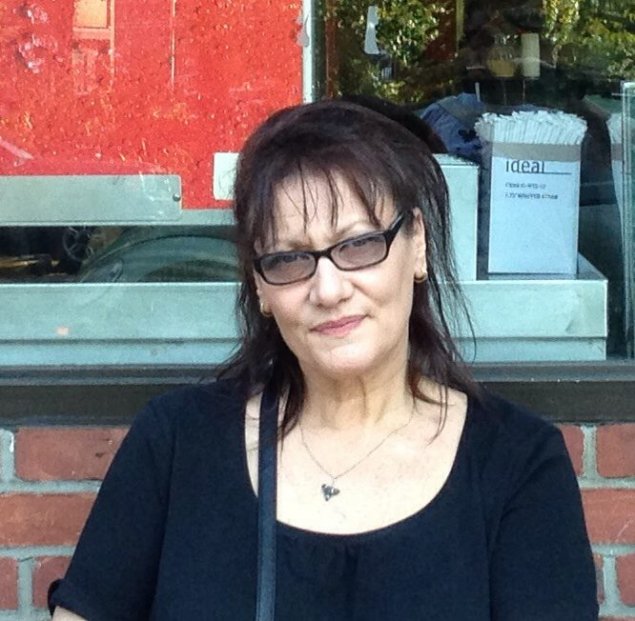 The Canberra arts community grieved on Wednesday morning with the passing of Sylvie Stern, long-term arts promoter and host of 2XX’s popular Art ‘N’ Soul and Artbeat programs. Sylvie had been diagnosed with cancer and passed away in hospital.

The many tributes that came in spoke of her passion and enthusiasm, especially for young artists. Movement artist Alison McGregor said: “She always seemed genuinely interested and enthused by what you were doing. She has always been 100% supportive, even back when I was starting out and she had no reason to know or care who I was.”

Local actor Cameron Thomas described her as “very warm and generous with her time,” adding that “her door was always open and she’d give lots of support and encouragement.”

Sylvie lived for the arts, and was determined to kindle that love in other people. This was her great strength as a radio host: it was hard not to be swayed by her enthusiasm and energy. You wanted to feel the the way she did, and often her energy was the spark that ignited interest in local creators who needed encouragement and publicity.

Her lively interviews were semi-legendary. Jordian Gardner remembered his own experience.

“You always knew you were in for an interesting conversation when you did an interview with Sylvie on 2XX. She tended to dart from one topic to the other at lightening speed, her brain seemingly working overtime. When she finally got to asking you the question at hand – she would have talked so much that all you would end up saying is ‘Yeah – you’re right Sylvie!'”

“Sylvie asked questions that others wouldn’t have thought of. She was an empathic soul who saw past the obvious to a more meaningful place,” she said.

Sylvie’s support for others went beyond her role in the arts community. In recent years she had become responsible for the care of her mother and she was also active in dog rescuing. The tributes that have poured out this week are testament to how actively she cared for others; not only in her role as a radio host but also one-on-one. She was a generous mentor always free with advice and encouragement.

It’s common to say that a place is diminished by someone’s passing, and the ACT is certainly smaller for having lost Sylvie. But it is also a much greater city because of the how she nurtured its arts community. Her legacy will only grow in time, because it lives on in the life and work of every person touched by her love and generosity. Her passing is deeply mourned; her life is equally celebrated.

Really saddened to hear this. Sylvie was an amazing person, actually she was more like 5 people wrapped up in one with her passion and enthusiasm for the arts. She was bigger than Canberra in her personality, one of those people whom when you meet you just go “wow”. Canberra is not the same without her.

Karen Castro - 16 minutes ago
I thought you and Anna would love this Emma Toal 🙂 View
Alison Abernethy - 13 hours ago
Absolutely! View
Nikki Hogan - 13 hours ago
Alison We’d better check this out! View
Sport 2

Donna Spackman - 17 minutes ago
Ack Weyman is an absolute legend in our small town, and will always be remembered in my heart 💙🖤💙🖤💙🖤 View
Nardia Kerin - 2 hours ago
Micknali Weyman what a lovely article. Xo View
Sport 4

Mavis C Devries - 28 minutes ago
Wow 😮 beautiful, but so big! View
Prianca Chowdary - 12 hours ago
Rama Gogineni and Kavya Kogantimaybe you guys should get this... View
Leonie Waldock - 14 hours ago
Rowena Tibbits This one..... View
News 2

Denise Bourke - 9 hours ago
I was disappointed U didn't get my Lego joke ... There's more people who share your view .... But í know the frustration. View
News 19

JC - 13 hours ago
The problem for the liberals with the swings you mention is that Hare Clark is used in ACT elections. Why this is a problem i... View
News 22

Ross Bryant - 13 hours ago
Why introduce a problem that we didnt have to have? Walking is safer and there are buses, trams and ubers/taxis to get around... View
show more show less
*Results are based on activity within last 7 days

@The_RiotACT @The_RiotACT
The Australian National Botanic Gardens is celebrating its 50th birthday with a new banksia garden that honours the iconic native plant https://t.co/5bSVuwmcuw (47 minutes ago)

@The_RiotACT @The_RiotACT
Ack Weyman was there every step of his son's league career, so it's fitting he'll also be honoured with a statue alongside Mick in Moruya https://t.co/Jx4esz2Mzl (3 hours ago)

@The_RiotACT @The_RiotACT
If you're driving to the coast, be prepared for more delays when safety improvement work is carried out west of McCardys Creek Road https://t.co/JtkZMJh3a5 (12 hours ago)