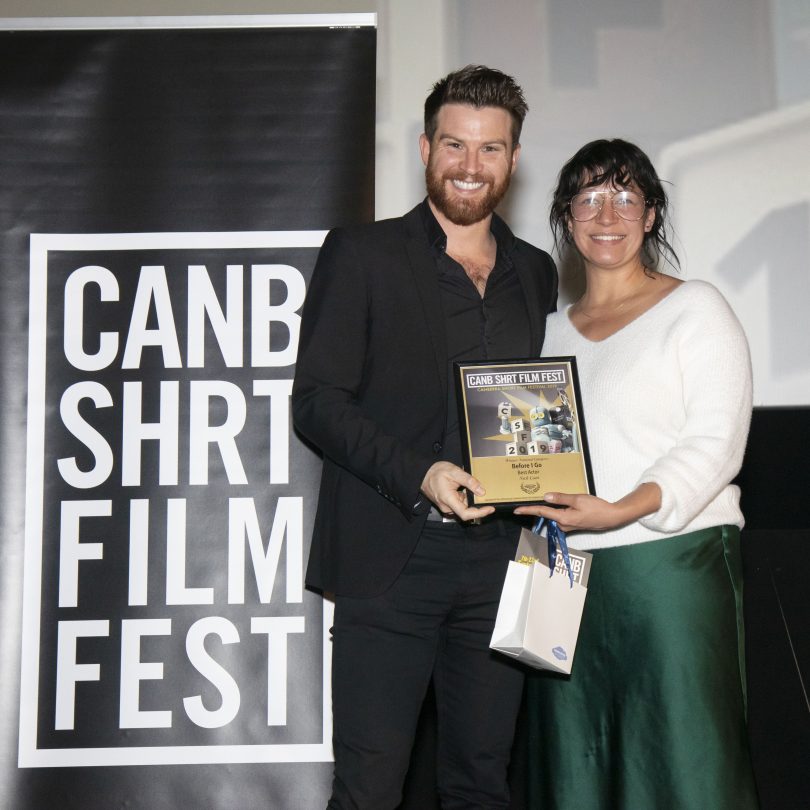 Now in its 25th year, festival director John Frohlich said the event would normally be running now, but timelines have changed due to COVID-19 restrictions. The festival made the decision in June to postpone screenings until November 2020, and as a result entry deadlines have been extended until 18 September, 2020.

“Because we’ve changed the date of the festival this year, the entry deadline has also changed,” he said. “The new deadline is in September and screenings will be held from Friday, 20 November until Sunday, 6 December.

“It’s a very significant event for Canberra in that it’s the only opportunity for local filmmakers to have their work screened in a commercial environment such as a Dendy cinema.

“But the screenings will be run in as many places as possible in Canberra, such as the Tuggeranong Arts Centre; Belconnen Arts Centre; Northside Community Service, which has a facility in Gungahlin; Queanbeyan; and Smith’s Alternative bookshop.

“Smith’s is a beautiful, intimate environment, and Nigel [McRae, owner] has been terrific. They’ve been great supporters throughout. We can screen some of the avant-garde and music video categories at Smith’s.”

COVID-19 has impacted the running of many film festivals around the world, some of which have run online-only events, but Mr Frohlich said a cinema screening is important for filmmakers, and he is determined to run a COVID-19-safe event with screenings in venues across Canberra.

“Even for established filmmakers, it’s incredibly difficult to get a film up and screened in a cinema,” he said. “It’s like being a musician hearing your album played on commercial radio.

“Sitting in a theatre and hearing and seeing an audience respond is such an affirming thing for a filmmaker, and a really important part of the process of filmmaking.”

The Canberra Short Film Festival awards a best-film accolade for each category, which includes prize money and packaged prizes worth up to $2000. Specific craft awards, such as writing, editing, cinematography, sound, directing and acting will also be awarded.

The festival’s categories include two-minute films – a format familiar to social media users, and one that is an excellent starting point for budding filmmakers. Other categories include documentary, Canberra, national, international, music video and animation, under-18’s and a First Nations category.

“We want more local Canberra filmmakers entering – it is the Canberra Short Film Festival [after all],” said Mr Frohlich. “It’s not hard to make a two-minute film. Do something in your garden, with your pets, have an unexpected twist at the end; be avant-garde, be poetic, be expressive.

“There’s also a music video category, which is a chance to help and promote our local bands.”

Filmmakers can enter their work at FilmFreeway. The full list of categories is available here.

For more information about the Canberra Short Film Festival, including submission guidelines and COVID-19 updates, head to the festival’s website. 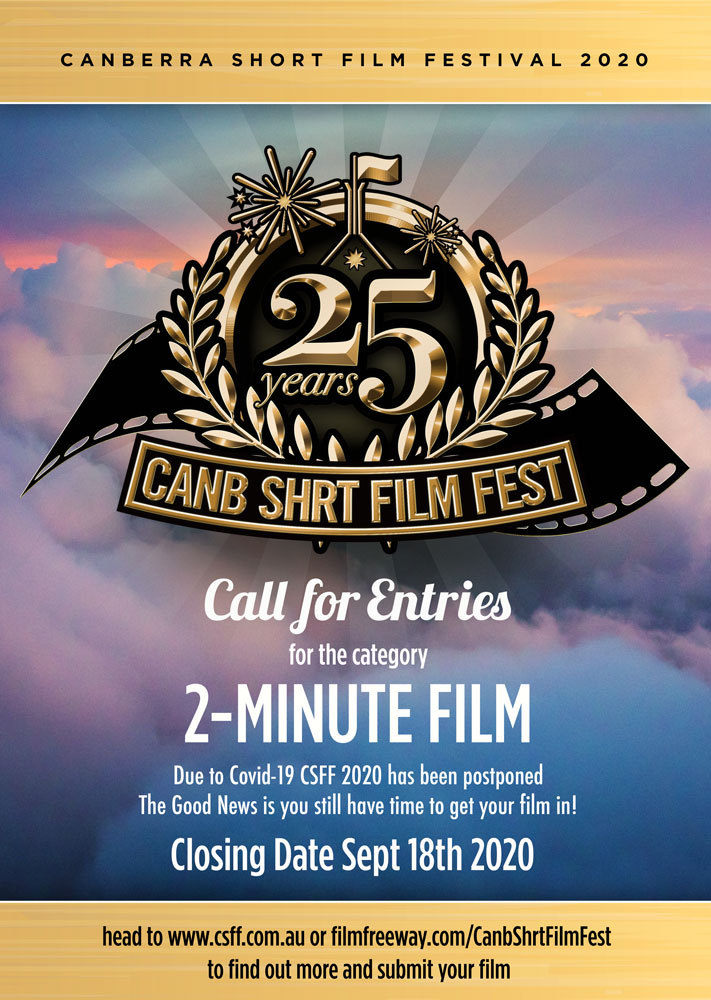 Looking forward to seeing your films CBR !! A reminder that you can make a cracking 2-Min film with just your phone and a quirky anecdote – 2020 has certainly given us loads of content to work with 😅🎬