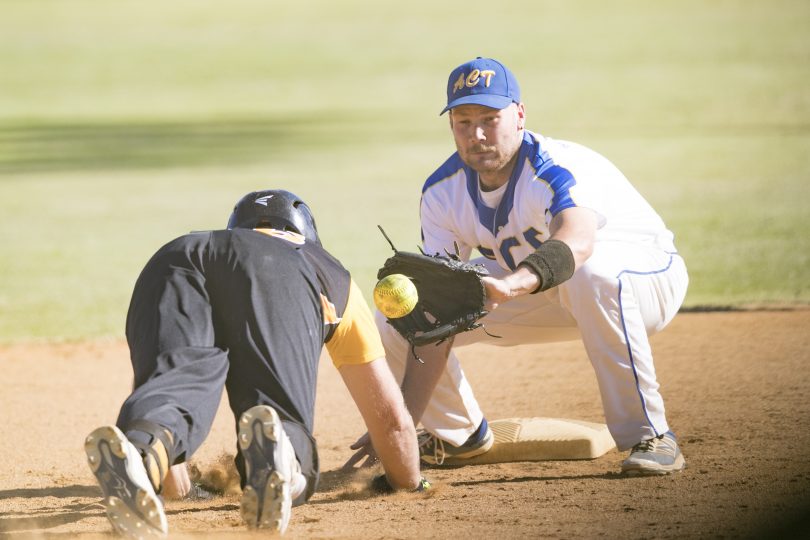 Some of Australia’s best male softballers will face off this weekend in a Skins competition ahead of the National’s competition beginning 7 April. Photo: Keegan Carroll.

The Detlev’s Electrical Men’s Skins Competition returns today with “serious money” on the line for entrants and it’s a big deal for softballers across the country.

Detlev’s Electrical is the naming rights sponsor for the event.

“With Canberra opening back up and all the sporting events coming back onto the field, it’s a great time to get involved, give back to the community, and see people giving it a red hot crack,” Mr Munro said.

“Getting people back outside and socialising, but obviously giving back to the community at the moment, is probably the number one thing.

“We’ve had a good ride through COVID. It’s been a challenging period, but the community still supported us, and this is just a way for us to give back.”

Players will come from NSW, Victoria, South Australia and the Australian Defence Force to see if they can match it with the ACT’s best across an extended weekend of competition at the Hawker Softball Centre.

READ ALSO Despite the odds, Wighton’s dragging the Raiders to wins with Daley-esque performances

The Skins format is quicker than traditional softball games, running for 90 minutes or seven innings, whichever comes first. There is an A and B Grade competition, with cash prizes for each innings won. The two teams with the most money made over the tournament play in the final for a bonus cash prize. There’s $10,000 at stake.

State Operations Manager at Softball ACT Kyira Cox said that the Men’s Skins competition is one of the longest-running events of its kind across Australia.

“It’s all about winning some money for the boys, so it’s a really fast-paced event, and it’s a very strategic game as well, a little bit different from how they would normally play,” Ms Cox said.

“We have three local teams; however, they do bring in imports from other states. For example, the Men’s A Grade competition normally has three teams, but they bolster those teams with interstate players to ensure that they have the pitching depth and the playing depth to try and win more of those innings.”

The B Grade competition opens things up on Friday and runs through to Sunday. The A Grade competition begins on Saturday and concludes on Monday as a lead-in event to the Opens Men’s Nationals starting on 7 April. Softball ACT is hopeful that spectators will come in droves with what is expected to be an exciting event.

“It’s the best players in Australia and some of the best in the world. You have two of the best pitchers in the world facing each other, and they’re throwing it 120 to 125 kilometres per hour, and that’s very quick pitching-wise,” Ms Cox said.

“It’s a lot quicker than a normal game of softball because the boys can declare each innings, and spectators will definitely see more big hits and a lot more bunting in the Men’s game as well.

“It’s a good opportunity for people to come and see the boys prepare for a World Championship Year.”

The Detlev’s Electrcial Men’s Skins competition will commence at 5 pm on April 1 at the Hawker Softball Centre. 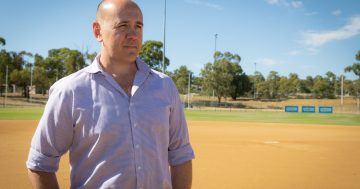