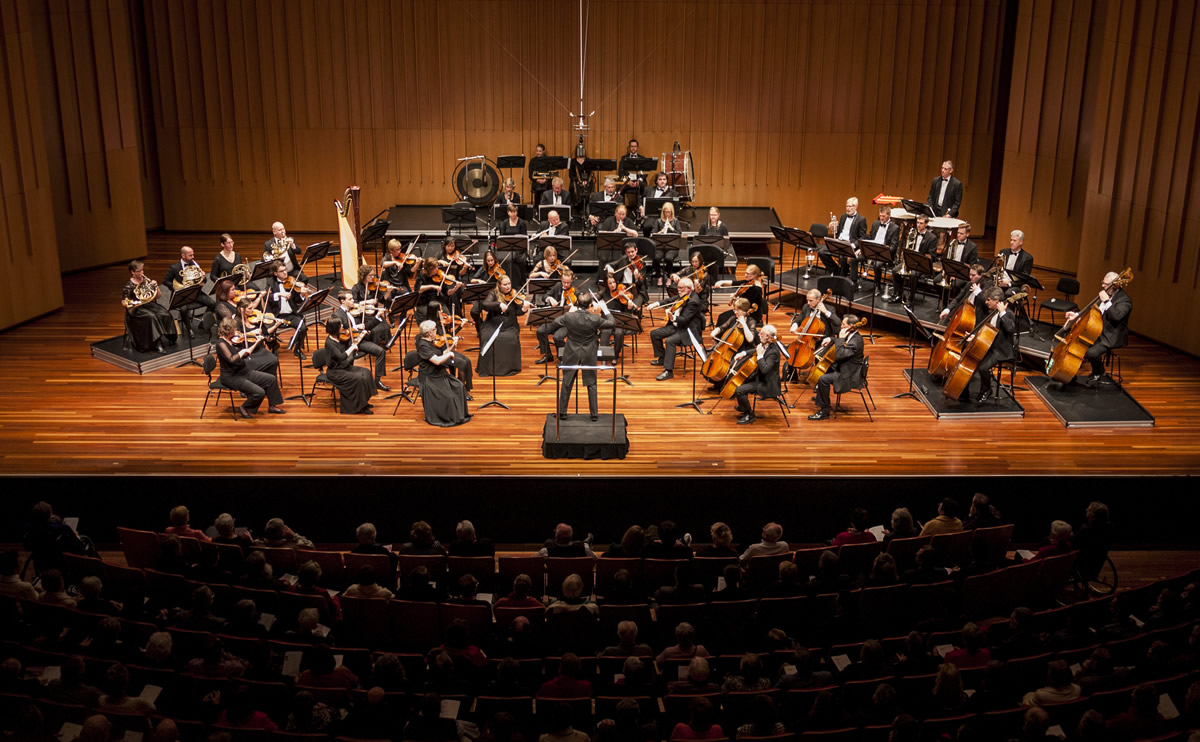 Canberra Symphony Orchestra’s second concert in the Llewellyn Series showcased the breadth and depth of the orchestra with a mix of works ranging from ‘smaller’ orchestra to its full might for the showpiece Brahms Symphony No. 3 Op 90.

Held on May 17 and repeated the next evening, the second concert was entitled Cello and featured guest conductor Stanley Dodds.

Haydn’s opera L’isola disabitata (The Desert Island was his 10th opera) premiered in 1779. Although the opera is rarely performed its overture is a sparkling work with many mood changes and lots of sturm and drang. The small group of string players brought out these elements while presaging the action of the opera which is a love story.

Guest soloist for the evening was the Italian-born cellist Umberto Clerici who is currently principal cellist of the Sydney Symphony Orchestra. Drawing on the marvellous colours of his 250-year-old Italian cello he gave a masterful performance of Schumann’s Cello Concerto in A minor. An unusual work with the three movements played as a continuous piece, although the different sections were clearly delineated.

A deeply romantic work, his playing combined elegance and freshness with vigour. A true Italian – rather casually dressed with open-necked shirt – Clerici reminded me of someone having a love affair with his instrument with marvellous facial expressions as he cajoled luscious sounds from the cello.

Peter Sculthorpe composed many works drawing inspiration from the Australian landscape and the evocative String Sonata No 3 entitled Jabiru Dreaming captures many aspects of remote Northern Australia, physical climate, indigenous melodies and chants and particularly the sounds of birds and insects.

It is amazing what evocative sounds a string group can achieve. I have not always been a fan of Sculthorpe but this dazzling performance won me over. I particularly liked the chance that the leaders of the different string sections had to show their skills.

An astute piece of programming juxtaposed the Schumann concerto with the major work of the evening Brahms Symphony No .3 as the composers were very close although separated in age. Some of the themes of the symphony hark back to Schumann.

The sweeping melodies of the first movement rose to a number of climaxes before returning to quieter, more reflective tones. The work has a rather pastoral feel, and the performance brought that out, not too rushed but all hanging together beautifully. The andante provided an opportunity for the brass instruments to shine.

A short allegretto led into the stirring finale the orchestra driven along through different parts leading to a big climax which just when it appeared the symphony would end in a blaze of sound the work drew to a quiet conclusion which held the audience rapt.

Canberra is very fortunate to have such a wonderful orchestra and this concert proved the depth of talent in the city which must be cherished and supported.

Linda Gee - 38 seconds ago
Jeez, that's not good. 😥 View
Meg Redmond - 8 minutes ago
I’m not sure it is Linda Gee he is struggling to get one at 4000.00 showed available to me yesterday he tried to book it an... View
Linda Gee - 2 hours ago
Good news for you Alex Suter Redmond . View
Opinion 21

Buck Johno - 6 hours ago
From what I remember of night rider busses it was only over summer. View
PE TE - 15 hours ago
Sean Bishop but the Uber rapes have increased View
Property 29

Capital Retro - 11 hours ago
Violent home invasions targeting keys for owners' luxury cars are now out of control in Canberra. Very few details are subjec... View
Daniel Lesky - 12 hours ago
Jason Malcolm could be worse not like she needs to go to charnwood View
Lisa LaMaitre - 16 hours ago
No-one pays attention to crime in Canberra until it impacts them! We closed a Gungahlin based business over 10 years ago afte... View
Lifestyle 1

George Frilingos - 12 hours ago
Angelina Mamatas are you still interested? Huge investment. We would need a great business plan, and with people not able to... View
Tiana Jai - 13 hours ago
Dave William got a spare 6mil? View
Kara Youngentob - 15 hours ago
Alison Procter, it depends on how many people interested. Ideally, somewhere in the 750k range. It’s 31 acres so it would b... View
Food & Wine 25

Lihuan Panda - 13 hours ago
from the conversations and interviews, I think some players chose not to turn up for the briefings and missed out on informat... View
Hugo Walker - 15 hours ago
Penny Ford But isn’t he rich, famous and self-entitled? Surely that should persuade the authorities to cave in to his tantr... View
Pia Kivela - 19 hours ago
Personally we are in a pandemic so we should not be having this tournament View
show more show less
*Results are based on activity within last 7 days