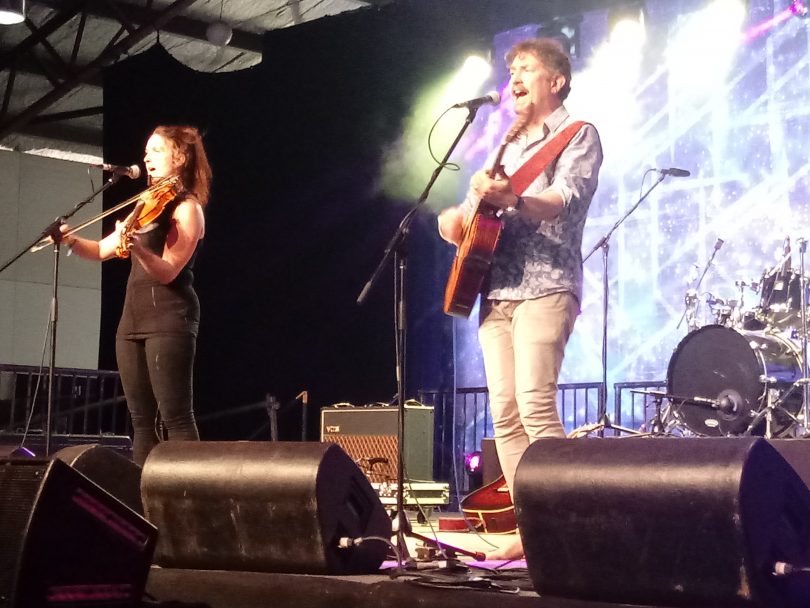 Nancy Kerr and James Fagan travelled from England to reunite with family members and perform as a duo. Photos: Ian Bushnell.

The numbers have yet to be crunched but the 2019 National Folk Festival appears to have retained its following from previous years and increased its day visitors as organisers catch their breath and start to assess the five-day event.

Director Pam Merrigan said that going on gate takings, the numbers were similar to last year’s figure of 55,000, but certain days stood out, assisted by the abnormally mild Autumn weather which was a Godsend to organisers.

“It looks like we had more day visitors through the gate, particularly Saturday and Sunday, and the fine weather was really helpful,” she said.

All venues across Exhibition Park were busy, with many full or near capacity for acts such as 19-Twenty, John Schumann and Shane Howard, Irish band Jigjam, Bluegrass Parkway and Sydney poet and singer/songwriter Kate Fagan drawing big crowds.

In fact, the coming together of the fabled Fagan family – Bob and Margaret, son James and his partner Nancy Kerr, and Kate – at the Festival was a treat for those who know their music and for others not so learned. 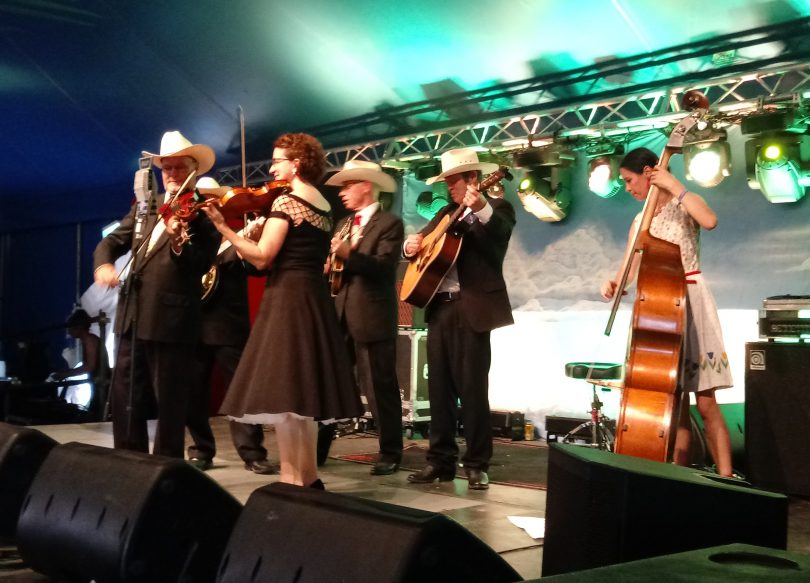 The evergreen Bluegrass Parkway drew a big crowd at the Marquee.

The Girl on the Hill, Melbourne schoolgirl Sadie Mustoe who won last year’s Lis Johnston Memorial Award, and her band wowed an enthusiastic audience with a swag of songs beyond her years. Catch her on Spotify. She is definitely one to watch.

For instrumental fans, string outfit Grammy-nominated Kittel and Co from the US bridged folk, bluegrass and classical in an extraordinary set, while String Convention took listeners on a journey across the Australian landscape.

Overall it was a diverse offering numbering 180 acts that reflected Ms Merrigan’s desire to push the boundaries and show how diverse, broad and relevant folk can be.

“What we call world music is some other culture’s folk music,” she said, adding that that also included having a strong Indigenous and First Nations program. 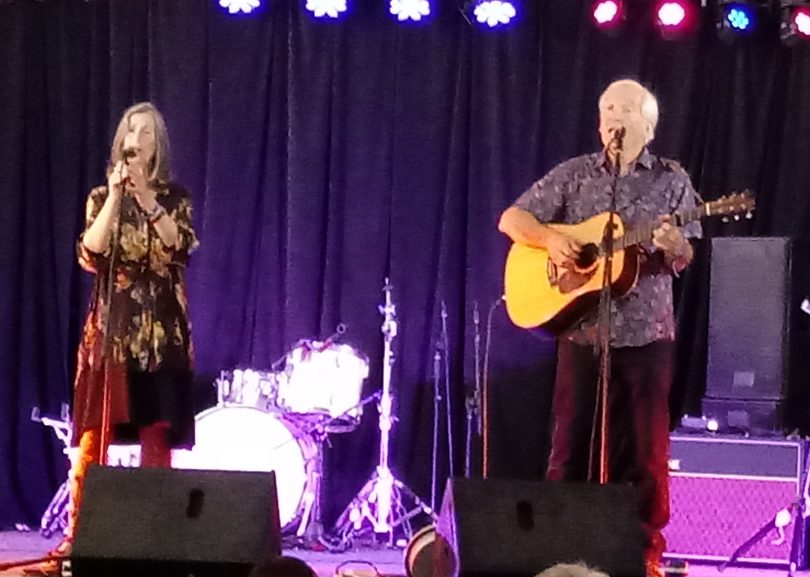 The many overseas acts made a point of praising the Festival’s special qualities, particularly the Americans who don’t often experience the community atmosphere that allows performers and audiences to mix. The Festival even had a visit from folk royalty Abe Guthrie, who was performing with his father Arlo, (son of famous folk singer Woody Guthrie), at Canberra Theatre, taking in the Sunday.

The Festival lived up to its billing as Five Days in a Perfect World, with few issues or incidents to report other than the Monday afternoon downpour necessitating some quick action to deal with a suddenly soggy EPIC.

Noise was monitored 24/7 and kept within EPA limits, while some acts voluntarily dialled back the volume inside the venues.

“We wanted to make sure we maintained everything within EPA limits,” Ms Merrigan said. “We want to be able to run this well into the future, beyond my time at the festival.”

Ms Merrigan will retain her role as Artistic Director but the Festival is in the process of recruiting a new Managing Director for next year’s event.

She said she was already talking to agents and contacts about artists for 2020, promising some exciting prospects.

Kathleen Lee - 6 hours ago
What! They are historical buildings. Don't be so silly. View
Glenys Callaghan - 8 hours ago
I love these buildings, they represent Canberra to me. I hope they are never pulled down as they are part of Canberra’s his... View
News 11

The scaffolding and temporary fences have come down on the corner of London Circuit and Constitution Avenue to reveal the...
Motoring 70