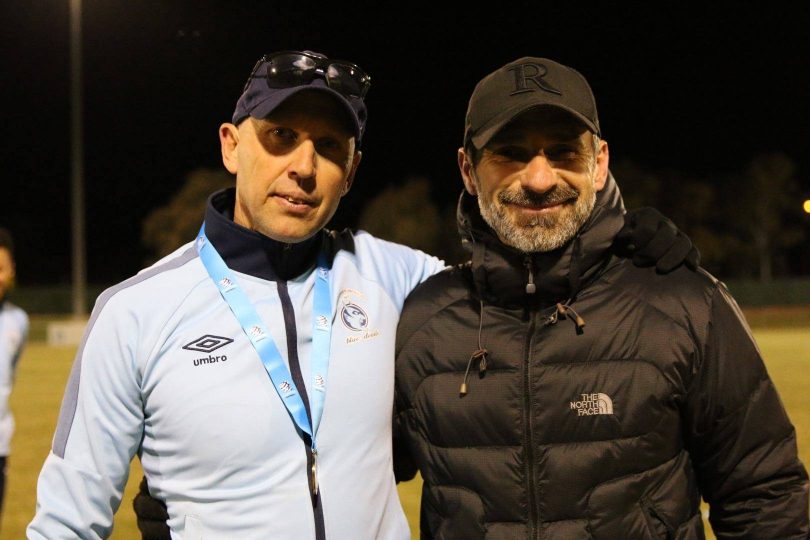 Dean Ugrinic has been revealed as the new head coach of the Canberra United youth team who will compete in their second season in the National Youth League in the 2018/19 season.

Ugrinic is a well-known figure in the Canberra and football community, having taken on high-level coaching positions at a number of clubs with great success across his 18-year coaching career.

In Ugrinic’s most recent coaching role at Belconnen United, he led his side to finals in his four-year reign and won the National Premier League title in 2014 and 2017.

After last year’s success, Ugrinic decided to take a break from coaching but his hiatus was short lived.

Canberra United CEO Phil Brown said the appointment was a great step for the club heading into it’s second season.

“We are excited to welcome Dean to the Club,” Mr Brown said.

“Dean has enjoyed an extensive and successful career in the ACT winning multiple Premier League Championships and Federation Cup titles during his 18 years as a coach.

“We are confident Dean will mirror that success with Canberra United in the Foxtel National Youth League.”

Ugrinic said he was looking forward to the opportunity to work with some of the ACT’s best talent.

“I am pleasantly surprised, but also thrilled to be selected for the role,” Ugrinic said.

“The prospect of coaching our best youth players in the NYL is exciting, and I am looking forward to commencing my work with Canberra United.”

“I believe I have much to offer in the way of player development and have proved this over the course of many years coaching in the NPL.”

He replaces co-coaches Ryan Grogan and Marcel Munoz after they won just one game in United’s inaugural season in the competition.