Canberra United star gets on her bike for charity 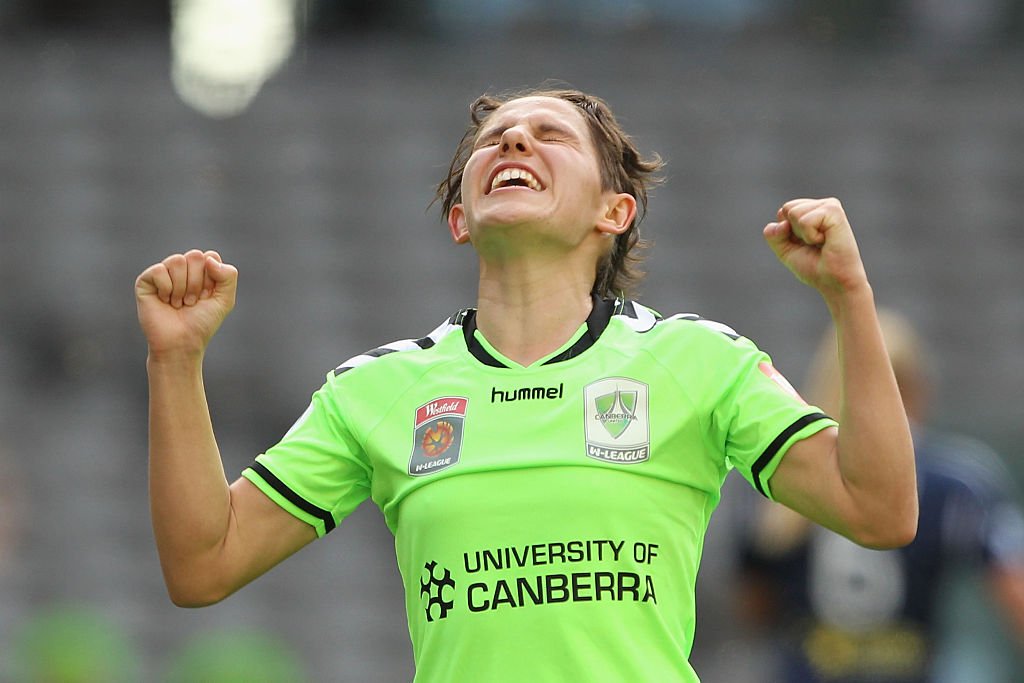 The Golden Boot winner regularly uses the on-road cycle lanes around Canberra, and says that highlighting safe cycling in the ACT is an important part of why she’s both participating in the 2017 Big Canberra Bike Ride, and fundraising for the Amy Gillett Foundation.

“I ride on the road a bit, mostly in the bike lanes so staying safe while sharing the road is something I’m always conscious of.”

“Thankfully the ACT is fairly bike-friendly which is great for me. I like the community around cycling and am looking forward to being a part of that.”

Sykes will be taking on the 35km route in the Big Canberra Bike Ride this year.

“It’s going to be my first group ride, which I’m excited to be involved in,” said Sykes, who is currently at the top of her game in a sport that has soared in popularity this year.

Sykes rides her bike for recreation and transport, and finds it makes a useful training aid for football.

“I occasionally use cycling as a recovery tool, something to turn the legs over on a day off. Now in the off season it’s a good way to stay fit while having some down time from football.”

“I like being outside and being active and the bike is a good way to do that. And also a convenient way to get to work.”

The 35km participants will start from Rond Terrace at 8.30am on Sunday 5 March 2017. Road closures will be in place from 6am along the event route.

Neridah McMinn - 12 minutes ago
My absolute favourite place for a Saturday morning breaky 💕 View
Graeme Jeffries - 51 minutes ago
I always stop there for a great coffee and toasted cheese and tomato sandwich. A friendly place and service with a smile! May... View
Fran Morrison - 51 minutes ago
Congratulations ! Nice to see these familiar faces . Well done on the service you bring to Queanbeyan. Bruce & Fran View
News 4

Natalee Gersbach - 16 minutes ago
No need yet. Will wait and see if this cooler weather changes that.... View
Chris Threadgate - 21 minutes ago
Arggh I thought it was freezing 🥶 here last night can only imagine there🥶 View
Jackie White - 43 minutes ago
I've had it on nearly 24/7 for a month! #gettingold View
News 83

Jo Hann - 25 minutes ago
Nada Krstin and, addressing your query as to whether they're qualified, there's no cognitive test either. We do not deem an e... View
Jo Hann - 27 minutes ago
Nada Krstin there are 16 and 17 year olds who earn over $18k. The potential to pay tax is all that should be required, though... View
Nada Krstin - 9 hours ago
Jo Hann see my recent post to reply to your "if you pay tax, you should have an option to vote for the government that spends... View
Sport 6

Yarralumla is secretly a cyclist’s paradise

@The_RiotACT @The_RiotACT
When was the last time you looked for a better electricity deal? New measures will soon make it easier for Canberrans to know when they're being charged too much https://t.co/W5Crpin1a1 (17 minutes ago)