The Doris Blackburn Building in Forrest, one of several Commonwealth-tenanted properties acquired by Charter Hall during a record year for the Canberra office market. Photo: Doma Group.

The ACT has recorded its lowest office vacancy rate since 2008, with demand for office space more than double the historical average for the nation’s capital, driven by Commonwealth agencies’ need for long-term accommodation.

The Property Council of Australia’s latest Office Market Report reveals the ACT now has the second-lowest office vacancy rate of all the capital cities.

Over the last six months to February 2022, Canberra’s overall vacancy rate dropped from 7.7 per cent to 6.2 per cent, almost half the national average vacancy rate.

Vacancy rates for all grades have fallen, but demand has been particularly strong for premium (A grade) office products with Canberra’s prime vacancy the lowest of all the capitals at 2.4 per cent.

Civic’s vacancy rate decreased from 8.5 per cent to 6.1 per cent due to 17,646 square metres of net absorption, or the amount physically occupied, minus that which was vacated.

ACT executive director of the Property Council of Australia Adina Cirson said the results highlighted the continued tightening and resilience of the ACT office market, sending an incredibly positive signal to those looking to invest in the nation’s capital.

“The Commonwealth employment base and long-term tenancies which continue to be sought in Canberra are no doubt helping drive positive demand for office space,” she said.

While many people may be working from home due to the pandemic, this has not negated the need for long-term leases.

Ms Cirson said that even in the older stock, where vacancy rates have been high and stagnant in recent years, there were now some signs of movement, with a reduction in vacancy rates in C and D-grade office space.

“Whilst we have more supply of offices in the pipeline – more than half of the new stock coming into the market in 2022 is already pre-committed, which means tenants have already been found,” she said.

“It’s just so pleasing to see the Canberra market in such a strong position given the last two years of the pandemic.”

Overall a total of 217,485 sqm of space is mooted for the Canberra market

A total of 13,731 sqm was added to office space supply over the reporting period.

2021 was a record year for the ACT office market, chalking up more than $1.4 billion in sales, with investment group Charter Hall particularly active, snapping up a swag of properties.

The latest vacancy rates across the grades are:

Office vacancies are calculated on whether a lease is in place for office space, not whether the tenant’s employees are occupying the space or working from home. 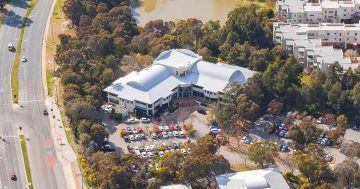