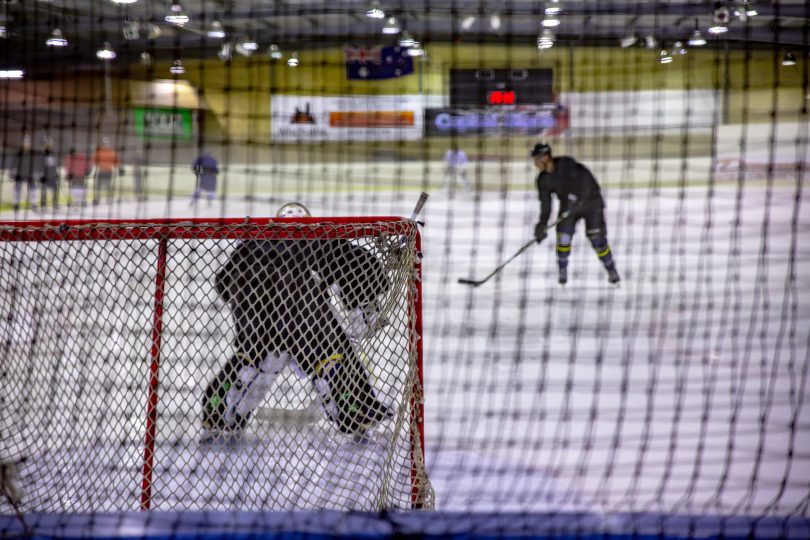 Cruachan Investments Pty Ltd has been chosen to build and operate Canberra’s new ice sports facility although no deadline for completion of the complex has been forthcoming. Photo: Supplied.

Canberra’s ice sports community is closer to realising their dream of Olympic-standard facilities with the ACT Government’s announcement of a partner for the proposed Tuggeranong rink.

South Australian-based company Cruachan Investments Pty Ltd has been chosen to build and operate the new ice sports facility which will have a spectator capacity of 2000. The ACT Government selected Cruachan following an expression of interest process conducted in 2019.

When completed, the facility will provide desperately needed capacity for Canberra ice sports players and fans. They have struggled with the worn-out rink at Phillip which opened in 1980 and is in need of refurbishment.

The exact site for the facility is yet to be finalised but the preferred location is Rowland Rees Crescent in Greenway.

Cruachan will be involved in every aspect of the process from design through to construction, operation and maintenance.

READ ALSO: Were dreams of a new ice sports facility in Canberra just a melting moment?

The ACT Government previously indicated that it would provide funding to assist in the development process, although the exact amount has never been released. The ACT Ice Sports Facility Options Analysis Report of 2018 estimated the cost of a two-rink facility to be around $35 million.

The announcement has been a long-time coming with the current ACT Government listing the facility as an election promise in 2016 with an expectation that it would be up and running in 2020.

The Labor Party, in making the election promise, said it would be seeking a commercial partner rather than the government fully funding and operating the facility.

The announcement has been welcomed by the president of the ACT Ice Sports Federation Tony Prescott who said Canberra’s ice sports community has been campaigning for more ice space and a modern facility which will allow Canberra to host major competitions.

“In the current circumstances, it speaks volumes that both the investors’ and government’s confidence in our proposal for a new twin-sheet ice sports centre has continued to attract significant support,” Mr Prescott said.

“We have always been confident that our proposal, which has a strong community-based orientation complemented by a business plan which includes tourism, major events, corporate functions and international competitions, would survive the pressures associated with competing infrastructure priorities.”

Mr Prescott says the facility will cater for a range of ice sports.

The decision throws into doubt the viability of the Phillip Ice Rink once the new facility is up and running.

No deadline for completion has been forthcoming as part of the announcement of Cruachan’s selection to build and operate the new facility.

An ice sports facility makes a good emergency morgue in the case of a deadly pandemic.

Climate change will melt the ice, won’t it?

I wouldn’t get too excited yet. Cruachan’s untouched for 3 years website still boasts of their $55 million Ice Rinks Adelaide projects…in Marion and Playford… that were greeted with similar fanfare in 2016 and both never reached fruition.

This one has grift written all over it.

Another sad day for the Woden Town Centre
It is now likely that Woden will lose its ice rink and pool. This is in addition to the basketball stadium, bowling greens, tennis courts and the pitch n putt – effectively the ACT Government is overseeing the dismantling of Woden’s recreation precinct in favour of high-rise development.
I expect there will be one ice sports facility in Canberra so it should be centrally located to provide access to more people, the City and Woden are the two central hubs.
There is no transparency around negotiations with the owner of the current ice rink to redevelop the site into a double ice sheet facility that is located close to public transport, hotels and restaurants.
The implications for the current facility are also unclear due to the zoning for the site requiring a pool and an ice rink, it is likely the facility will be boarded up until a solution is found – another Alexander and Albemarle.
The ACT Government is inviting thousands of people to live in apartments in the Woden Town Centre however they do not have a plan for where community facilities will be and how they will connect to form a community hub for the precinct. They have not had a conversation with the community about it.
We need collaborative pro-active planning for our Town Centre.
Fiona Carrick, Torrens
Independent candidate for Murrumbidgee

Its a slow old grind the process for this, but does sound like it is on the right track, which is a good outcome should it not fall over before it’s built.

Martin Miller - 36 minutes ago
Bill Gemmell true but then Civic has the ANU . The Gungahlin Woden route is flawed because Gungahlin residents and Woden resi... View
Martin Miller - 52 minutes ago
Ashley Wright you are incorrect .I've said for nearly 50 years . It started with the 333 from Woden to Belconnen then was ext... View
Bill Gemmell - 5 hours ago
Martin Miller clearly it is time for the Woden-Belconnen passengers to be serviced by a route that travels via Coolo, Molongl... View
Sport 35

t2owe - 4 hours ago
It's not the outdated system that's the problem, its the failure of Planning (ACTPLA) to maintain the mandated rules in the t... View
News 3

HiddenDragon - 5 hours ago
Difficult to see anything more than token efforts at decentralisation in future, but video conferencing and working from home... View
Food & Wine 27

stargazer - 8 hours ago
I agree. It’s an old fashioned bakery and the fact it’s totally family run is fantastic. They are few and far between now... View
stargazer - 8 hours ago
Stopped in and got my buns today - they were worth the drive! But I Wish I could get them on my side of town! Kids loved them... View
Sonya Curran - 12 hours ago
I'd love to! Have never been! View
News 1

Trish O'Connor - 11 hours ago
is there a phone number to call each morning to check whether the balloons will be flying. View
Food & Wine 1

buttercup - 12 hours ago
Good on you Anna. Fresh ideas, reinventing yourself and your menu as the years roll by, delightful fresh food, and awesome cu... View
Community 17

Conan of Cooma - 12 hours ago
I was an extra for the final scene in this movie. Leah is not only a bloody hilarious person but also an incredibly intense a... View
Food & Wine 71

Connie Senkoe - 14 hours ago
any body heard of Librafg with Nick Gibson. Is it a scam too? View
Community 24

@The_RiotACT @The_RiotACT
Braidwood’s beautiful boutiques, eclectic antiques & gorgeous galleries are a shopper’s paradise. We’ve put together some inside info about what you can discover on the treasure trail https://t.co/qDNKXbDda4 (5 hours ago)

@The_RiotACT @The_RiotACT
Once known for its huge freakshakes, Patissez used lockdown as a chance to reinvent itself and forge an exciting new path https://t.co/vQDR61q0DX (6 hours ago)

@The_RiotACT @The_RiotACT
Looking for the perfectly located family home? Don't go past this four-bedroom property in Higgins - it's ideal for entertaining + ready to move into https://t.co/75M0QEbCnL (7 hours ago)