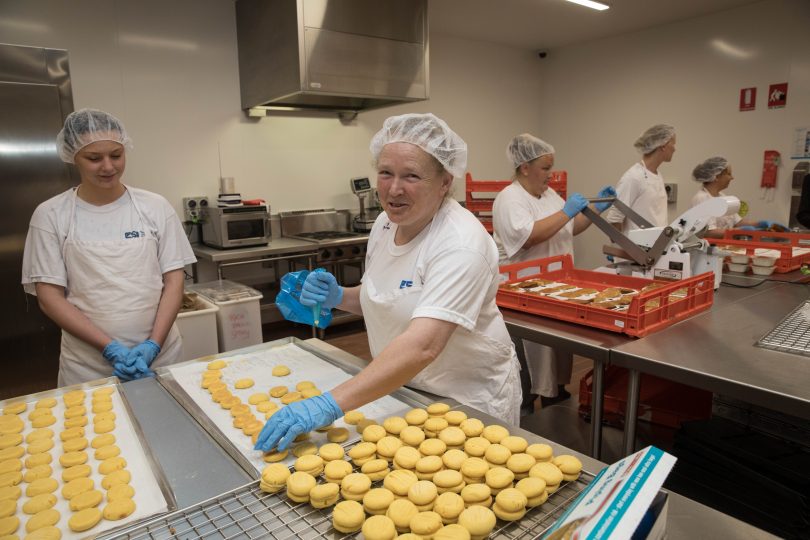 The ACT Government is moving female prisoners to a new accommodation unit and is being forced to look at further expanding the Alexander Maconochie Centre in the face of skyrocketing prisoner numbers.

Canberra’s prisoner population almost doubled between 2010 and 2016 and is continuing to grow. The number of female prisoners increased by 52 per cent between December 2016 and May this year alone.

ACT Corrective Services has commissioned a feasibility study to look at the use of existing prison accommodation and examine the need for potential additional facilities. The report is expected to be completed by the end of the year.

Female prisoners were allocated 25 beds when the prison was built in 2009, including five beds in the high-needs cottage. However, since then their numbers have grown to as high as 45 female prisoners earlier this month – nearly double the original number.

All female prisoners will be managed and supported within the new accommodation unit. In coming weeks it will be renovated to include two kitchens and a garden – ensuring that the female prisoners have equivalent amenities to those which were available in the cottage.

Female prisoners will remain separate from males, with the male prisoners currently in the unit to be moved to other places in the prison “with careful consideration of placement”.

ACT Corrective Services Minister Shane Rattenbury said that increasing numbers of women in prison is concerning to all jurisdictions, with an eight per cent increase nationally in the 12 months to June 2016.

In July, Mr Rattenbury initiated a national effort to investigate the increase in women in Australian prisons.

“The Government continues to explore a number of options for managing the issues presented by increased detainee numbers including the Justice Reform Strategy and the Justice Reinvestment Strategy,” Mr Rattenbury said.

“I’m proud this new accommodation plan will improve and build on the programs, services and support we already offer to women detained in the Alexander Maconochie Centre,” he said.

“I was also pleased to officially open the new AMC bakery which will provide opportunities for up to 15 women to work, learn new skills, and gain trade qualifications.”

Mr Rattenbury officially opened the bakery last Friday, saying that employment in prison work industries has become recognised as a rehabilitation tool in many of Australia’s corrections facilities.

The bakery offers female prisoners industry-specific employment for the first-time.

“It’s vital that we equip detainees with the skills they need to reintegrate back into the wider community,” Mr Rattenbury said.

“There are six female detainees working six-hour shifts, five days a week. In the coming year, the bakery will provide up to 15 women with meaningful work. By the end of the year, female detainees will be able to pursue a Certificate II (Retail Bakery Assistant) qualification.

“As the bakery develops, this will have flow-on effects. As we employ more women, these initial workers will be trained to become supervisors to support other women increase their skills in this industry,” he said.

“Unlike big commercial bread producers who have large automated machinery, the AMC bakery is more of a manual operation. This allows for greater number of employees and greater opportunities for skill development.

“The bakery will soon have the capacity to produce sufficient baked goods to meet the demands of the whole prison – 365 days per year for up to 480 detainees.

“We have appointed a head baker and will be considering the appointment of a second baker in 2018, which will help ACT Corrective Services increase the number of female detainees working in the bakery.”

“The training offered can feed into recognised trade qualifications should detainees wish to pursue this avenue after their release,” Mr Rattenbury said.

“It also introduces a meaningful daily routine which in turn helps to address offending behaviour and promotes pro-social interactions.”

Are you concerned about Canberra’s rising prisoner numbers? Why do you think the number of women in prison has grown so much? Let us know your thoughts in the comments below.

I feel a new government slogan brewing up. No bad girls by 2025

If you look at Canberra’s prison statistics, a large portion of prisoners are incarcerated for non-violent crimes. The best way to deal with Canberra’s rising prison numbers is to stop locking people up!

Sounds like the non female prisoners have a glass ceiling.