Candelo's Melanie Horsnell adjusts to being "cool" with new album 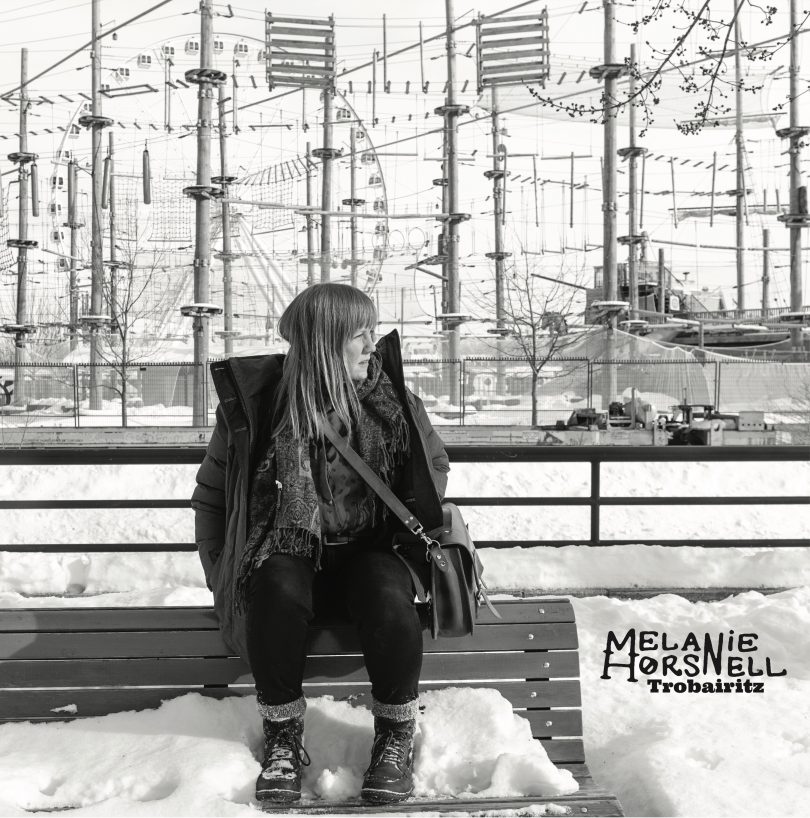 The cover of Melanie Horsnell’s new album, Trobairitz. The photo was taken while in Montreal for the International Folk Alliance earlier this year. Photo: Kate Atkinson.

“This album is my ninth and it’s also my first solo record, my first true statement of myself, so it’s wonderful that it’s also an album that people are responding to as well. These are songs served straight up,” Melanie says.

Trobairitz was recorded and mixed at Sydney studio Free Energy Device with producer Paul McKercher in a day, with only one or two takes of each song.

“Paul had four microphones aimed at me and I think the end result is a sound that’s really unaffected and intimate,” Melanie says. 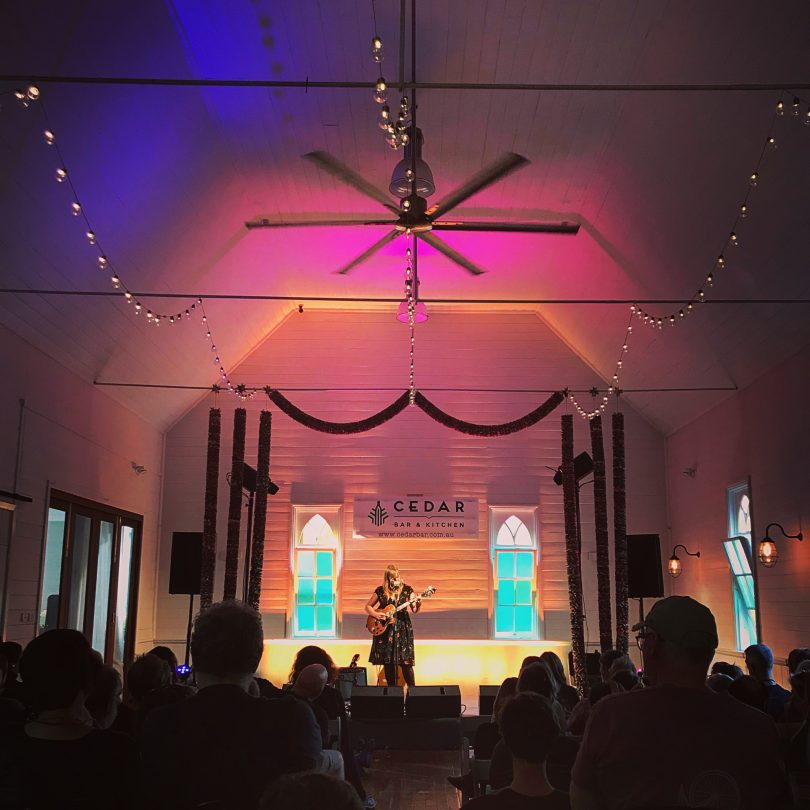 Melanie performs at The Bello Festival in 2018. Photo: Supplied.

The life of an independent musician is no walk in the park and Melanie’s success has had to fit in around her full life.

“My daughters and I were sitting in bed the other night, eating carrots because it was too cold to get out of bed to make dinner,” Melanie laughs, “and I was just thinking how amazing is it that this album has happened amongst this.”

It certainly is – since she created her independent record label, Good Stem Records, in 2004, Melanie has made nine albums and two daughters, as well as toured extensively in Australia and Europe with artists Glen Hansard and The Frames, Jason Mraz, Bernard Fanning, Lou Rhodes, Slaid Cleaves and Sarah Blasko.

Creating Good Stem was a conscious choice to shy away from chasing commercial success and has meant she is even more surprised at the recent success of Trobairitz.

“I’ve never had an album listed on the independent music charts before, I’ve always got their weekly email update but I never thought I’d see my name on the list,” Melanie says excitedly.

“A friend sent it to me and I was suddenly bursting!” 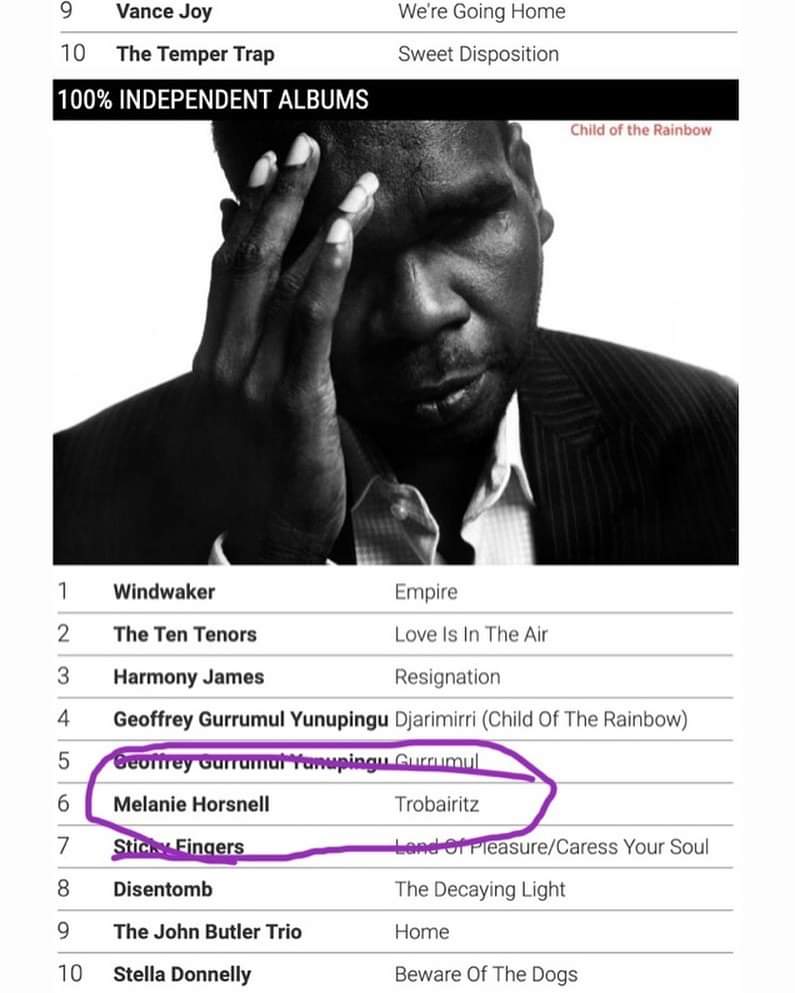 Trobairitz debuted at number 6 on the AIR chart. Photo: Supplied.

A prolific songwriter, Melanie says that she works best after setting up a quiet nook at home and lighting a candle.

“Under those circumstances, you can’t help writing a song,” she shares.

But as a budding musician in Sydney pre-2004, Melanie says she remembers stressing about being ‘cool enough’ and ‘triple J enough.’

“Being part of that Sydney music industry, there’s a lot happening and it’s very exciting but for me, it was when I consciously stepped away from it and came to Candelo that I began to make sounds that were mine, not drowned out by trying to sound like someone else.”

While most musicians entering the music scene were keen to be signed by a major record label and independent musicians were few and far between, Melanie reflects that “labels finish with you very quickly, a few years, usually,” and that being independent can mean a lifetime career in music as opposed to a few hot years.

“Folk is lovely and familial as opposed to cool,” she laughs, “I think the best compliment I’ve ever gotten was from an Irish man in Montreal, who told me I was just going to have to accept that I am an Irish songwriter – you know, love stories, soft-hearted stuff. It’s so Irish to be able to accept feelings.”

Melanie will likely have a warm reception at her next big show, which happens to be in Ireland, at the Clonakilty Guitar Festival in September.

However you define her music, it’s possible that Melanie has come full circle.

“You know, it’s actually quite cool now to have your own record label,” she laughs. 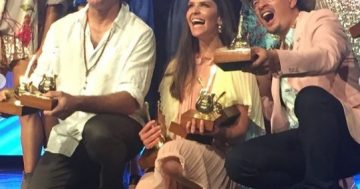 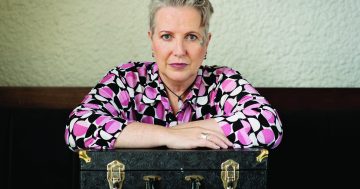