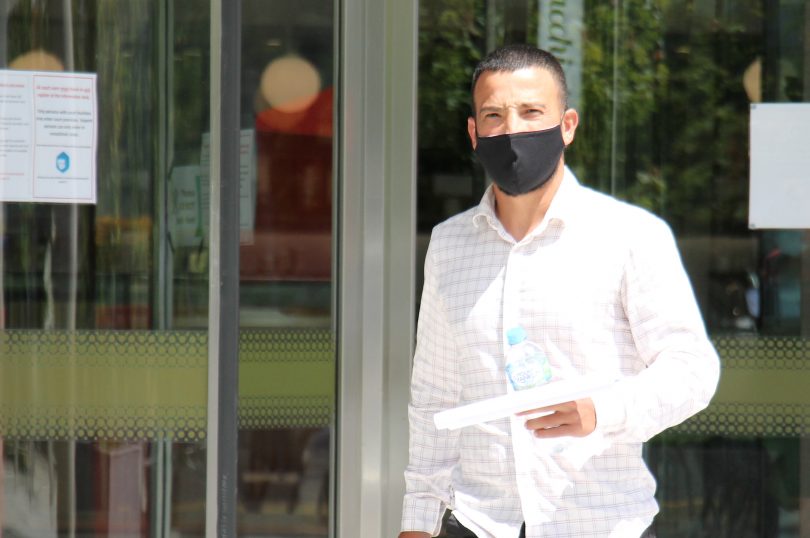 During the recent COVID-19 lockdown, a phone worker drove from Sydney to Canberra to look for work but ended up fleeing from police before being caught with cocaine.

In the ACT Magistrates Court on Thursday (9 December), 29-year-old Walid Haydari was told “he should have been at home”.

He drove to Canberra in August 2021, breaching the public health directions banning people travelling from the Greater Sydney Area to the ACT.

Magistrate James Stewart said he was arrested after driving “erratically” in the city and tried to get away from police in an “ineffective” way. Police also found him with 0.5 grams of cocaine.

“He should not have been here. He should have been at home in Sydney,” Magistrate Stewart said.

When asked what the street value of 0.5 grams of cocaine was, Haydari replied that it was about $200.

Haydari’s lawyer, Hikmat Al-Malliki, said at the time the only region offering work for a phone worker was the ACT, so he decided to travel to the capital.

He said when his client knew police spotted him, he fled because he knew he was breaking the health rules.

Mr Al-Malliki said there was no suggestion Haydari had been COVID-positive at the time, nor that he had interacted with any members of the public in Canberra or stopped in crowded places.

However, prosecutor Emma Bacchetto pointed out that the public health directions were only effective when people complied with them. While he might not have had COVID, Magistrate Stewart still placed the public at risk.

Haydari had pleaded guilty to charges of failing to comply with a public health direction, possessing a drug of dependence and failing to stop for police.

He was fined $3800 and disqualified from driving for three months.