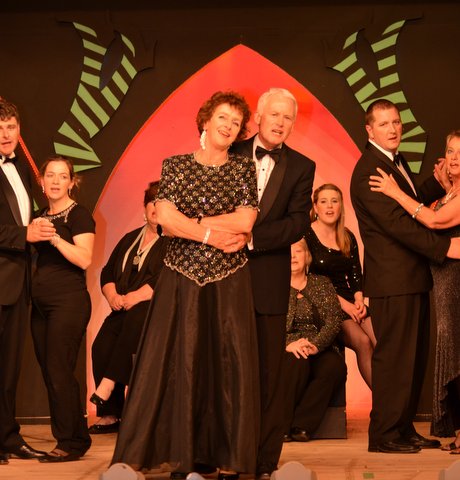 In cars with fogged-up windows by the road’s edge from Goulburn to Crookwell they wait excitedly for Desley Rowley’s champagne coach.

Theatre-goers from Sydney, Wollongong and Canberra climb aboard in Goulburn. Delsey is a patron of CADS, and organises the coach, driver and tables for basket supper performances.

The cast have been known to hold up their performance, waiting for the merry revellers to arrive. “Sydney people are fascinated, they have never seen anything like it,” Desley says. “I love seeing their reaction. A man from Canberra turned to me one night and said, ‘Desley, this is amazing!’ He has been coming ever since.”

Thirty of CADS’ leading characters have responded to director Anne Cleary’s call for a special show to honour musical director Helen Campbell who turned 90 in February. Everyone has vowed to knock themselves out because this will be their last hoorah on stage. 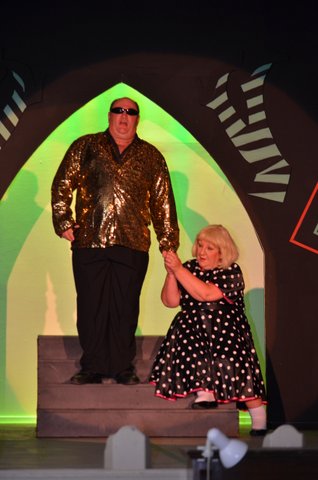 Most players are coming from the halcyon days of CADS in the 1990s. That’s when former Green Devils rugby league hard man Darren ‘Buckets’ O’Brien was tricked into attending a rehearsal with a mate. Once inside the hall, his mate bolted, leaving Buckets to find fame – and he did. Anne says Buckets’ timing for comedy is the best she has seen. He had taken a redundancy from Telecom, and was a publican when he joined CADS. Buckets shrugs off his talent. “I was a bit of a larrikin, a family trait,’’ he says.

Goulburn man Wal Smart, then a traffic engineering officer with the Department of Main Roads, also found fame locally. “I still vividly recall my first solo as The Sheik of Araby attired in the finest Arabian clothing,” Wal says. He ventured into the audience, trembling, singing to woo ladies in the first row. “I sang my last words while sliding across the stage on my knees with my sword thrust forward, halting in the middle, my arms held skyward,” Wal recalls. “But laughter drowned out the applause. Unbeknown to me the stage lights cast a shadow onto the main curtain behind me, revealing a very large phallic symbol – my sword!”

Another night, taking a bow after his Elvis impersonation, a bra appeared through the glow of the stage lights, landing at his feet. “I’d obviously missed my calling,” Wal muses.

Superb performers included Michael Lowe, fresh from high school and son of CADS’ other musical director, Helen Lowe. “Michael has been the best male singer we have ever had,” Anne said.

Everyone is nearly 30 years older than those earlier CADS hits.

A melodrama, The Tram Track Tragedy, so popular in 1992, will be revived in the latest musical. It starred Heather Davies, Christine Bentley, Chris Croker, Michael Lowe and Des Storrier.

“Thirty years ago Heather was the poor lass with the baby, sent out into the cold, and will play that character again,” Anne says. Most of the cast were in their late 20s or 30s in the 1990s. “We are not sure how high the old legs will kick,” the director says. “There will be more gentle movements than in the 1990s.’’

After two months of rehearsals, Back to those Musical Days will open on Friday night, June 21, the first of six performances. The champagne bus leaves Goulburn on June 22 and June 29.

Tickets will go on sale for $20 and $25 through Crookwell Visitor Information Centre or trybooking online.