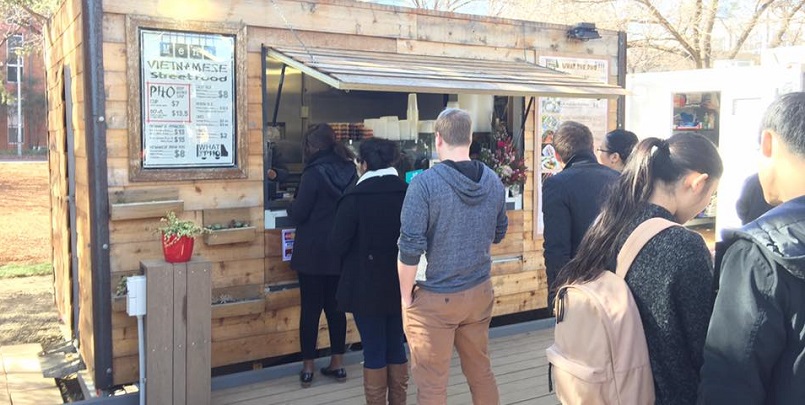 With the closure of WestSide and long-held plans of Braddon developers to move The Hamlet to a bigger and better home, Canberra’s numerous Food Truck and Food Van connoisseurs have been overjoyed by the news of the new ANU Pop-Up Reunion Village!

Blue skies and awesome food. #ANU putting on a top show today, and foodies have come far and wide to partake. (Smells so so good) pic.twitter.com/jpLJ9JV42V

The Canberra city Pop-Up Village is an exciting new temporary precinct for food, drinks, shops and events, situated on the edge of campus along University Avenue. The Pop-Up Village will act as a social hub for ANU during construction of the University’s $220 million Union Court revitalisation project.

Professor Schmidt said the project will integrate ANU with Canberra’s city centre, and the public encouraged to enjoy all the new facilities the Pop-Up Village has to offer. Along with a packed schedule of events, the temporary Pop-Up Village will be home to around 30 businesses including BrodDogs, Mr Papa and Molo Live Bar – the latest offering from The Burley Group of Walt and Burley fame.

Opening celebrations will include live music and free food and drink samples from Pop-Up vendors.

The first of the new traders are opening this week ahead of the Pop-Up Village being fully up and running by the beginning of semester two.
A new website for the village went live today and can be seen here: http://pop-up.anu.edu.au

A few people on social media have been asking where exactly is the Pop-Up Village. If you park near the Street Theatre and walk up the main walkway into ANU, it will be on your left just after you pass the courts, opposition the Copland Building. 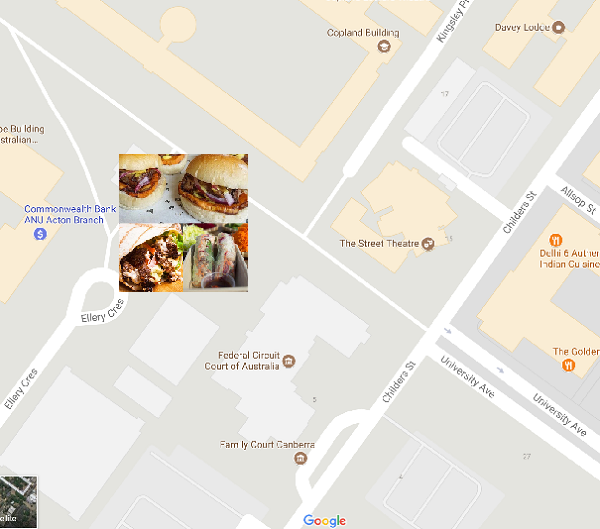 Elias Hallaj (aka CBRfoodie) is a part-time food blogger and full-time political staffer who has joined RiotACT as a regular contributor. All his opinions about street food are his own. Don’t worry he is trying to cut back on eating too much, but insists it’s just too damned tasty. If you have any tips or feedback or advice about food or food vans around Canberra you can add a comment below or find him most nights on Twitter @CBRfoodie.

Ooooo – SO looking forward to checking it out.

Fabulous article, Elias. My mouth was watering as I read it!