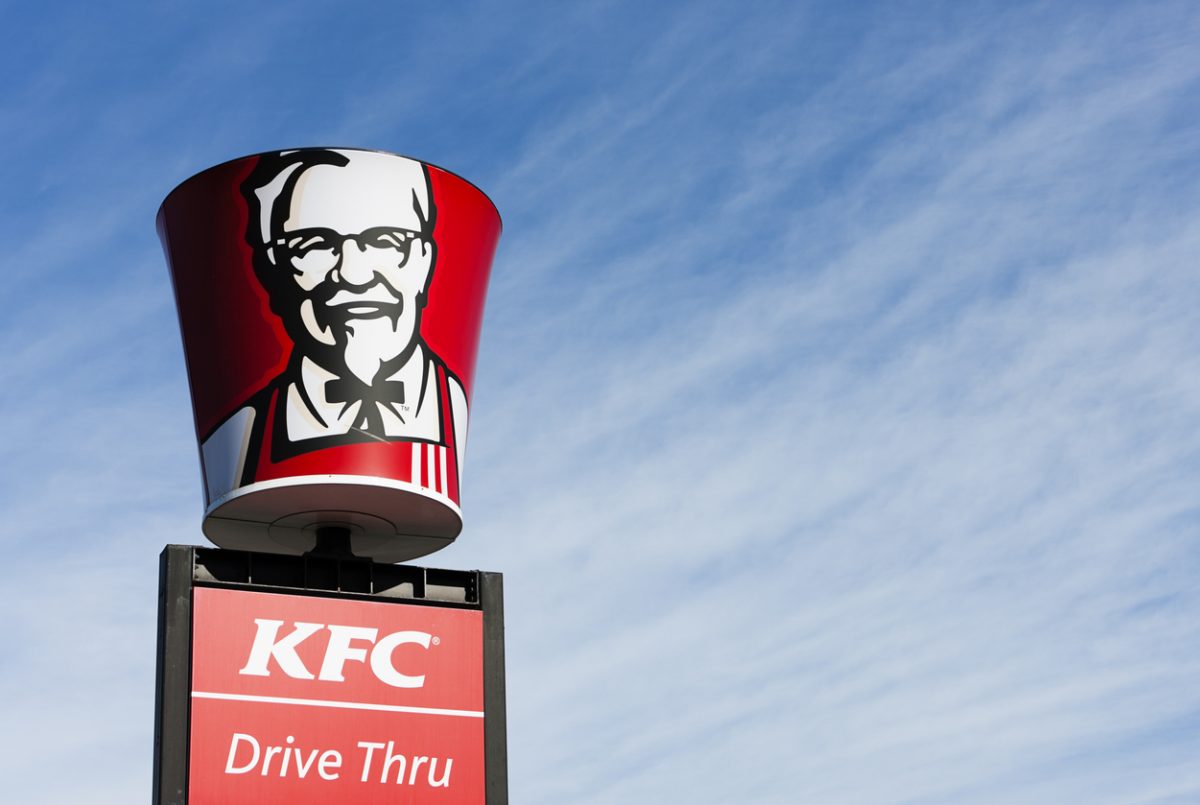 There are new plans to get a fast food chain into the Chisholm Shops after a failed bid for a McDonald’s. Photo: File.

Plans to get a KFC into Chisholm Shops have been amended following community criticism as the proponents argue the development is suitable for the area.

Last October, Chisholm Village Pty Limited – the owners of the Chisholm Shops – revealed plans to develop a KFC in the complex in the car park opposite Aldi, a different site from the doomed McDonald’s plans of three years ago.

The proposal immediately drew the ire of local residents who set up a petition to the ACT Legislative Assembly complaining the proposed site was too small, that a fast-food business wasn’t needed and that it would only increase traffic congestion by removing car parks and adding additional traffic.

Not everyone opposed the KFC proposal, however, with many noting the fast food outlet would employ young people in the area. It could also help revitalise the precinct, turning it into a busy hub like nearby Erindale. 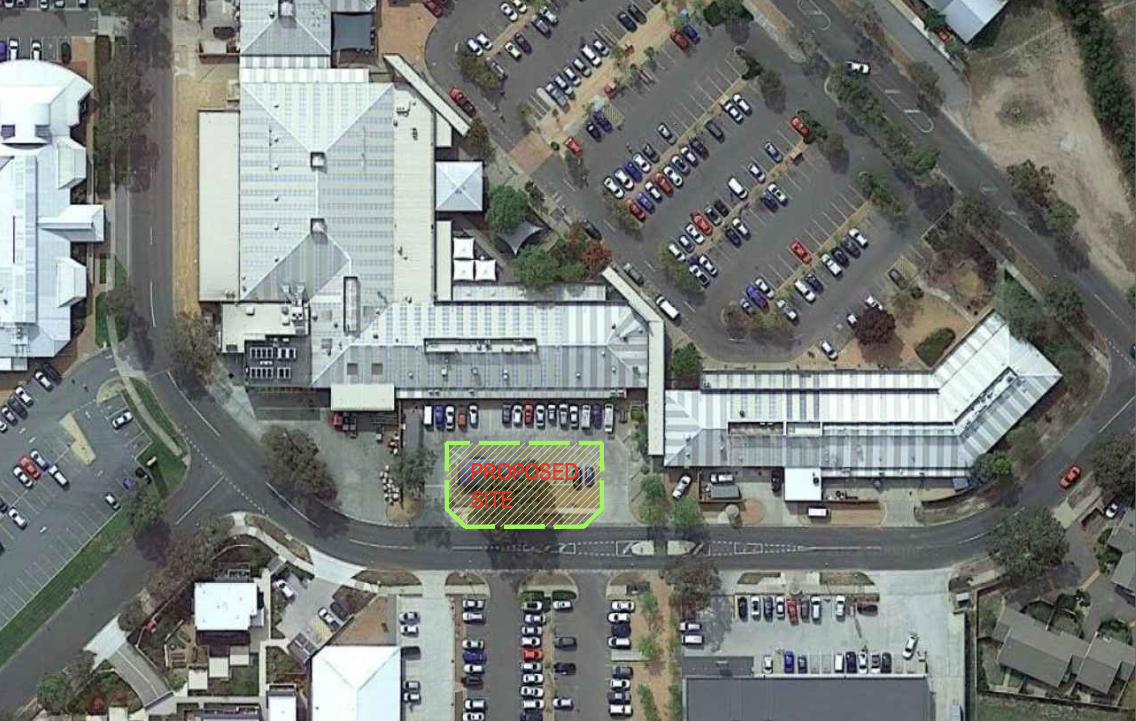 Now, Purdon Planning, on behalf of the proponent, has made some amendments to its initial plans. It also used its updated DA to respond to concerns raised during the initial consultation.

Under the changed plans, the proposed western pedestrian link will be removed.

The application said this is being done to minimise conflict points between traffic and pedestrians, minimise points of conflict for vehicles and mitigate clearance issues for a proposed replacement tree.

One tree will also be placed in the space that became available from removing the proposed west pedestrian link “to better avoid reticulated services”.

Throughout the process, 47 separate public representations were received, of which 41 were critical of the plans.

But the proponents responded to many concerns. They argued issues about the sustainability of other local businesses were not part of the planning process and therefore did not require consideration.

“The KFC and all other businesses operate within the market. They are all, therefore, subject to market forces which are out of control of planning regulation,” the report stated.

Arguments relating to the fact that McDonald’s had not been successful were also rejected, with the developers noting each proposal was different.

Issues about the size of the block and removing parking were also dismissed. The developers said the block had been proven large enough through the design process.

An updated traffic report addressed congestion concerns. This report also stated queuing onto the road would not be a concern due to the design of the drive-through, which would be based on a detailed analysis of other KFC drive-through locations.

This report also concluded the path provided by the drive-through was adequate.

At the time, Chisholm Village’s assistant development manager James Tsalikis said he was “deeply disappointed” by attempts to politicise the Territory’s development application.

“We are [also] deeply disappointed by … any suggestion that the Chisholm Village is not an appropriate location for fast food,” he said.

“There are countless examples across the ACT where fast-food businesses have enhanced the retail ecosystem in our group centres, delivering economic and employment opportunities for the broader catchment. We appreciate the support we have received across the community and look forward to an independent assessment of our proposal by the ACT Planning Authority.”

The amended development application is open for public consultation until the end of this month.

I have found a nice patisserie at Chisholm shops so I don’t care.

That’s it Canberra, keep focusing on the big issues.

I stop at the takeaway there occasionally because it is convenient. You can usually get a park. I doubt that will remain the same.

Shut up and take my money

I think they should do a truck stop style kfc and maccas at richo shops. Put them both there. Those who want them closer get them but also no disruption to any current facilities

Bindi Ellison make use of the buildings at Richo!

Lynn Stape Canberrans favourite pastime is to whinge. Usually repeating the same stuff over and over again without actually looking at the plans and applying some critical thought to the complaints.

One wonders how many of those claiming complaints are from Nimbys – live the affected area. Funny how it usually those who don’t have to put up with the rubbish pulled by the ACT government who claim nimbyism.

At least put a kingsleys in for gods sake.

This is typical nimby stuff. A vocal few object to a business that will employ local youth setting up in their area. If it gets no trade, then the majority didn’t want it. I have no doubt it would be successful.

Probably you mean everyone else but you will do that. KFC will actually bring more trade to the shops.

I now live down the coast, but still have a holiday home in Canberra. I see these NIMBY actions down the coast a lot. Tends to be from visitors and residents who come from Canberra who spearhead opposition to any development. I believe KFC would have done their business planning, a lot of the objections seem self righteous false outrage (a hallmark of the NIMBY) I am sure the development will fit in with the shops and will compliment other businesses and drive a bit of competition. All good things. The world is NOT an episode of a Current Affair.

Mark Farrow They’re making that just for you.

Terrible suggestion.
Right out the front of two long standing Chiholm stalwarts.
The Takeaway and Lisas Chinese.
They will lose the nearest parking to them.

And a word of advice for KFC,
Don’t open up a shop within a 20min drive of an existing Kingsleys.
Canberrans will tell you, you can’t compete with that.

All for more fast food but why another KFC, plenty of other better stores to go in like Taco Bell, Carl’s Jr or Chicken Treat, but no more boring dry chicken 🥺

Mat Barber chicken treat on the east coast? Are there any outside of WA?

Adrian Dennis yep, Canberra is getting two stores this year, Dickson and Wright

Mat Barber love it! Thanks mate.

Mat Barber people writing they are all fro more fast food us why we have 40 mtr fatbergs in the sewers.

Hans Dimpel no we have those cause people are obsessed with using wet wipes, just use a bidet toilet, much cleaner and cheaper.

Whatever they do it won’t make any difference to the taste (or lack of taste) of the stuff they sell. I think KFC is an acronym for Kentucky Fried Cat.

Build it and the people will come!

act planners will not rest until every space has a geocon apartment or kfc on it.

Hans Dimpel KFC have no where near as many outlets as the golden arches do in Canberra.

James Forge I was using kfc here as an example of all fast food chains. And I used geocon as an example of the massive oversized concrete steel and glass boxes that fill every space they can get their hands on. But if what you say is correct I think it just proves my point.

Hans Dimpel Its really got minimal to do with the ACT though. Its a private site and a private company. The problem is when people complain they complain for the sake of it. Very little constructive and criticalk thought is put into the complaints. So its hard to filter out the actual real potential issues from the noisy repeated complaints that happene anytime someone wants to build something in Canberra.

Justin Watson it might be a private site but it is leased land. You can’t put any old industry there. eg you can’t put a brothel there. So there is such a thing as planning, and fast food and geocon are Gods here.

Hans Dimpel Sure I agree there planning rules, but this isn’t really in violation of those, as its fit for the zoning. Just because we don’t like it doesn’t mean the businesses involved shouldn’t be able to do it. Most of the opposition is based apon the fact of what is going in there and who is involved and is probably a hangover from the tavern, which will now sit vacant for years and be a tax writeoff only.

Hans Dimpel but yet we have a housing shortage 🤔

Justin Watson I dont see why any opposition shouldn’t be about what is going in there and who is involved. that’s the whole point. I don’t care about taverns but I do care about obesity and monopolies.

Ash Wettern yes bc there’s still not enough dwellings being built – canberra has had the fastest growth out of any of the major cities. We need more urban infill (done properly! Not just soulless boxes) unless we want to continue greenfield developments that destroy the natural environment around Canberra

Crap idea. Will it be a pop up store? Popcorn chicken only.
Chisholm doesn’t need it.

So be it… will create jobs for people. Why not?