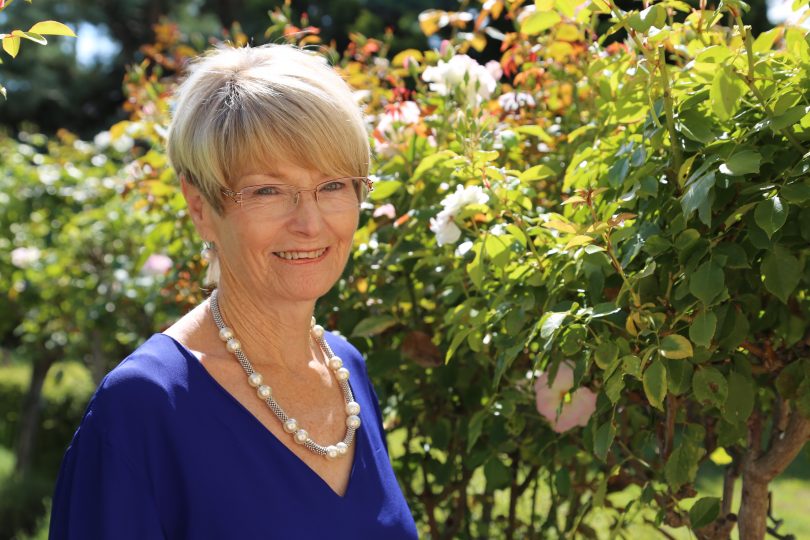 Diane Kargas Bray has been named 2018 Canberra Citizen of the Year. Photo: Supplied.

A woman who wants to see Canberra “flourish as a community of givers” and who was instrumental in starting Common Ground and Hands Across Canberra has been named the 2018 Canberra Citizen of the Year.

ACT Chief Minister Andrew Barr yesterday named Diane Kargas Bray AM as the recipient of the top award due to her outstanding contribution to the Canberra community through her social enterprise and philanthropic work.

“Ms Kargas Bray helped to establish Common Ground, which provides quality tenancies to people who have experienced homelessness and to low-income earners who are unable to access other affordable housing options,” Mr Barr said.

“She also advocates for people with disability and encourages the growth of new social businesses that employ people with intellectual disabilities.

“Her work with Hands Across Canberra has been instrumental in bringing together businesses, government and individuals to channel donations to local charities.”

Mr Barr said that Ms Kargas Bray’s work has also extended to roles with GreaterGood, Boundless, the Canberra Bushfire Recovery Appeal, the ACT Committee for the Fundraising Institute of Australia, the Juvenile Diabetes Research Foundation and as Chair of the Social Enterprise Taskforce at the Canberra Business Chamber.” 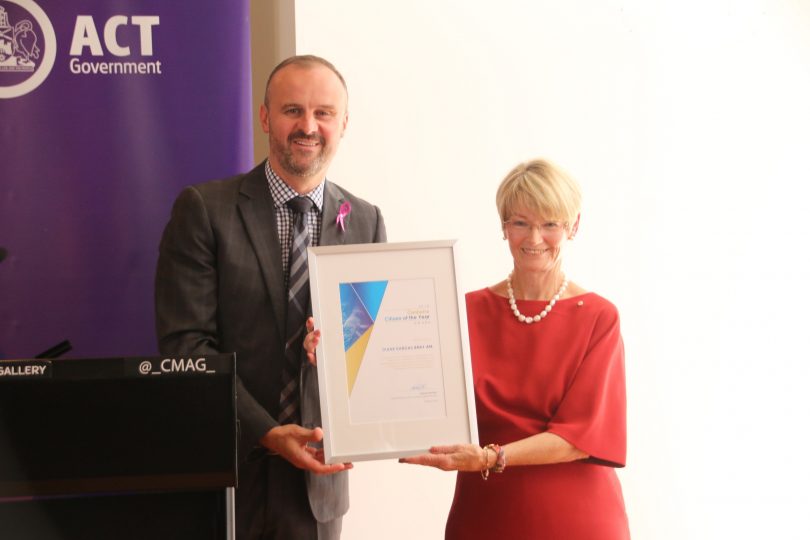 “Our 2018 winner gives her time freely and is a mentor and role model to those who meet and work with her,” he said.

“She joins a long list of deserving recipients who act for the good of our community without expectation of remuneration or reward.”

Doing what you can

Ms Kargas Bray left the paid workforce to start public charitable foundation GreaterGood in late 2004 and has not looked back – saying she has loved every volunteer job she has had.

“I grew up in a home in Adelaide where if you had the capacity to do something, even as a young child, you did it,” Ms Kargas Bray told The RiotACT.

“When GreaterGood was established I just wanted to see Canberra flourish as a community of givers.

“We can all give back to the beautiful city of Canberra.”

Ms Kargas Bray said she was speechless when she found out she had been chosen to be 2018 Canberra Citizen of the Year and considers it to be “an absolutely huge responsibility”.

“I’m going to embrace it and try to use it to make a difference over the next 12 months,” Ms Kargas Bray said.

Among her priorities is getting a second Common Ground facility established in Canberra and seeing the current facility in Gungahlin extended.

“We’ve got Common Ground in Gungahlin but it’s a drop in the bucket,” Ms Kargas Bray said.

“The Government is committed to a second one and is looking at perhaps Dickson for that.” (Click here for more details).

Common Ground in the Valley Avenue, Gungahlin, currently has 42 residents with half coming from situations of chronic and enduring homelessness and half being low-income earners who are unable to access affordable housing.

Ms Kargas Bray said she would like to see the facility extended – preferably to double its current size – as well as having another facility established.

She would also like to see a greater focus on the work of Hands Across Canberra which assists 160 smaller charities across Canberra and helps Canberrans to give to these local charities.

Ms Kargas Bray said she loves Canberra “with a passion” and appreciates the honour she has been given.

“It is an absolute privilege and I hope to do Canberra proud,” she said.

Would you also like to see more done to help Canberra’s vulnerable residents? What kind of impact are organisations like Common Ground and Hands Across Canberra having on the city? Let us know your thoughts in the comments below.

chewy14 - 15 minutes ago
Nobody, Except no one is saying that wind and solar are the only renewable technologies available.... View
Capital Retro - 16 minutes ago
In the meantime I will be storing petrol for the cost of it and the container only so when the lights go out I won't have an... View
nobody - 57 minutes ago
I agree the trend is away from fossil fuels, so that all our coal derived electricity, gas derived heating, and and oil deriv... View
Motoring 32

Capital Retro - 43 minutes ago
The service provider was massively subsidised by the public purse via the virtue signaling government. View
Community 26

astro2 - 2 hours ago
If you would prefer to take your own private motor vehicle to the shops then you may continue to choose to do so. However the... View
Deborah Gale - 3 hours ago
Flannie! View
Douglas Ryan - 6 hours ago
Bruce Rossel flanno everyday to become a thing View
News 1

@The_RiotACT @The_RiotACT
22 Canberra suburbs now have million dollar plus median home values. Is yours on the list? https://t.co/qPM3RdCSgB (7 minutes ago)