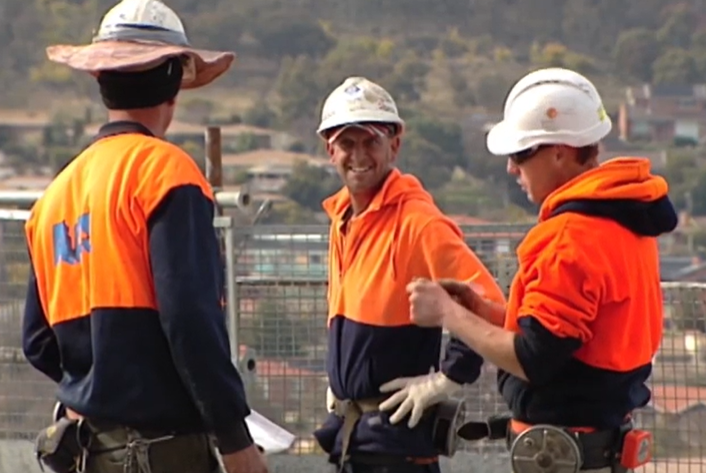 A donation from the Chief Minister’s Charitable Fund to the CFMEU’s Construction Charitable Works (CCW) came under scrutiny at an estimates hearing on Monday.

The $7500 donation from the flagship charity fund was questioned by ACT Liberal leader Alistair Coe, as Chief Minister Andrew Barr defended the decision as being independent of government.

Decisions about the allocation of grants from the $5 million pool, which was established in 2018 by a levy on gaming revenue, are made by the Board independent of government, Mr Barr told this year’s Annual Report Hearings.

Mr Barr said that the Chief Minister would write to the Board about very high levels of interest, and had set impact areas that he wanted the fund to focus on, being mental health and wellbeing, education, employment, belonging and reducing homelessness.

When asked by Mr Coe if the fund would second guess what the government would want, Mr Barr replied with an emphatic no.

Mr Barr was unable to answer what charitable category that CCW fell into, taking the question on notice, prompting the Liberal leader to criticise the Chief Minister for being coy.

“I just don’t think it’s a good look to be evasive when you’re talking about money going to the CMFEU’s community arm,” Mr Coe said.

According to the Hands Across Canberra website, the CCW’s area of impact is on drug and alcohol abuse and are “determined to improve the lives of building and construction workers and their families during their time of need”.

Mr Coe again pressed Mr Barr regarding the grant, and the reasons why the CCW was awarding the $7500, provoking a heated exchange between the two leaders.

“This attack on the CMFEU is typical of your approach to anything that relates to the work of the union movement,” Mr Barr said.

“The implication of this line of questioning is that there is somehow something wrong. This sort of thing, Mr Coe, is why people think you are the most conservative, right-wing leader of the Liberal Party ever in the Territory.”

So far this year the fund has distributed nearly $400,000 to 29 local community organisations; a full breakdown can be seen here.

Estimates will continue all this week.

As a rate payer this is a very reasonable question from Coe considering the Labor party is made up from a number of Union members as well as a number of union members running for seats in the next election. If Barr can’t see this as a conflict or perceived conflict of interest then I would have to question his intelligence.

Why the Chief Minister set up a charity based on government taxes in his own name. Very Weird!!!!

Surely there’s a better way to distribute Government money than via a personally named charity fund????

$400000 divided by the 71 charities listed. The CFMMEU charity did well for a playground. Others did not fare as well.

Louise Earl - 5 minutes ago
I love Canberra … but yes.. Canberra has missed the boat on a lot over a lot of years! Not just AFL. View
Matt Bacher - 4 hours ago
Michael Bourke …..as you and I can attest to mate 🤣 View
News 156

Brett Wheeler - 21 minutes ago
Leon Arundell but I was more relaxed in a train. I was also able to move more freely, which counts, on journeys over a few ho... View
Brian Kilgannon - 4 hours ago
Frances I think you answered the question. No one uses it so why build it when we have more pressing issues at the moment. It... View
Oan Nbn - 4 hours ago
Leon Arundell but I guess Canberra to Yass need to connected from Kingston without passing CBD and making Light Rail stop as... View
Community 21

Peter Hyde - 1 hour ago
Greg Myat they are for sampling the potable water supply. The samples are the taken to a laboratory and checked for quality a... View
News 6

Capital Retro - 2 hours ago
Now for the wind turbines. View
Dean Okeeffe - 2 hours ago
you'd think with all their planning did territorial birds not factor in. View
Henry Kivimaki - 3 hours ago
Can we train the birds to attack the work cover drones? .. 😏😉... View
News 83

Pat Gagel - 3 hours ago
Maybe not. I have regularly used the service since 1992. Love it. Still the most sophisticated form of travel. Much better th... View
Marco Spaccavento - 4 hours ago
Pat Gagel I’m not a user. 3 a day also hardly justifies a new station… View
Pat Gagel - 4 hours ago
David Malcolm they aren’t a problem. Believe it or not, biggest issue is a grade crossing on a bend between Bungendore and... View
Property 22

Anthony Willing - 4 hours ago
Paul Mills the same as every old / wheelchair person in every multi-storey in every city in the world.The fire brigade have s... View
Anthony Briscoe - 4 hours ago
Canberra more and more of this type of development will happen under the Barr Government. Just wait till the tram goes to Wod... View
Paul Mills - 5 hours ago
Becoming a common Canberra vista. View
News 128