Experts in buying, selling & renting
Your property, your future
29 January 2019

Community rallies around double-amputee Toby to help get his wheels 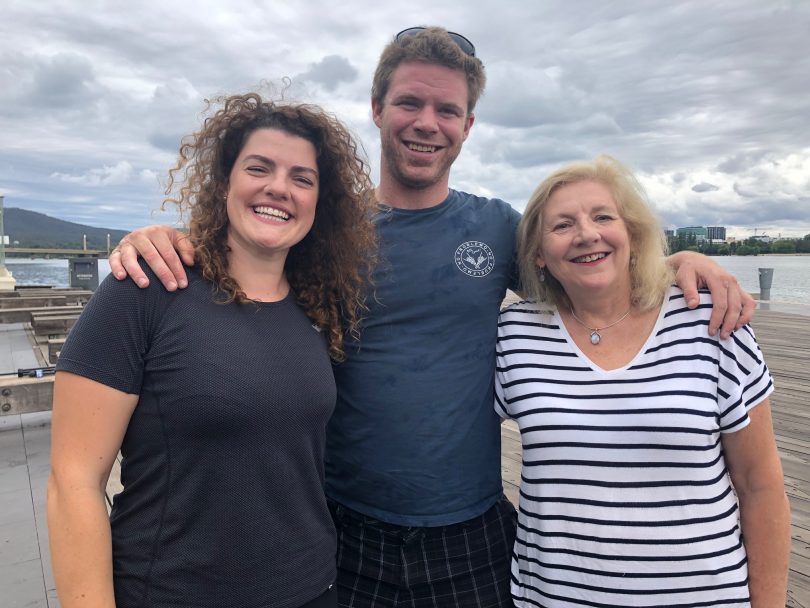 The Winters family are helping Toby Lyndon (centre) get his sets of wheels. Photo: Supplied.

When Cathy Winters first read the story of double-amputee Toby Lyndon, who despite everything in his way wouldn’t give up his dream of one day representing his country in triathlon, it moved her to tears.

Toby, who lost both legs and suffered multiple other injuries when he was hit by a train as a 21-years-old, had moved to Canberra so he could continue his training to become a triathlete at the AIS but a series of unfortunate accidents took his mode of transport and his home from him, leaving him stranded from his dream.

“When we heard of Toby’s plight, having lost both his legs, writing off his car which was also his home, and then losing his possessions when his car was broken into, it impacted us all as a family,” Cathy said. “We are a fortunate family. We really are not wanting for anything.”

So the family decided to pool the money they would normally spend on each other at Christmas, and donate it to the Wheels for Toby GoFundMe campaign.

The campaign, which was established by Noreen Vu and Jeremy Lasek to raise money to help Toby buy a car and a customised racing wheelchair, has now raised over $10,000 for the battling athlete.

“The Winters family contribution of $1,000 has simply blown us away,” Noreen said. “It has taken the donations to date to over $11,000 which is almost enough for Toby to be able to buy a car to get himself around, especially to get to training at the AIS.

“That means we can now focus our entire fundraising effort on getting Toby a racing wheelchair.”

Toby is still determined to achieve his new goal in life – to represent Australia in triathlon and one day to become a Paralympian and has been training hard to compete in his first event next month at the Proximity Canberra Triathlon Festival.

Toby will team up with two friends to tackle the event, with each person set to complete one leg of the triathlon.

In a further show of support, the Winters family now have their sights set on competing alongside Toby in the upcoming triathlon, calling their team ‘Wheels for Toby’ in a show of support. Cathy will take on the 200m swim leg, while daughter Zoe will cycle 10km and son Christo will finish the event with a 2km run.

“Like Toby, this will be our first triathlon and as a family, it’s a great way to continue our connection with him and to support someone whose courage and commitment we admire so much,” Zoe said.

“Toby has shown he is ready to challenge himself and get outside his comfort zone and we are happy to do the same. We encourage other Canberra families and organisations to do the same by being a part of our city’s most achievable triathlon.”

Registrations for the Proximity Canberra Triathlon Festival close on 6 February.