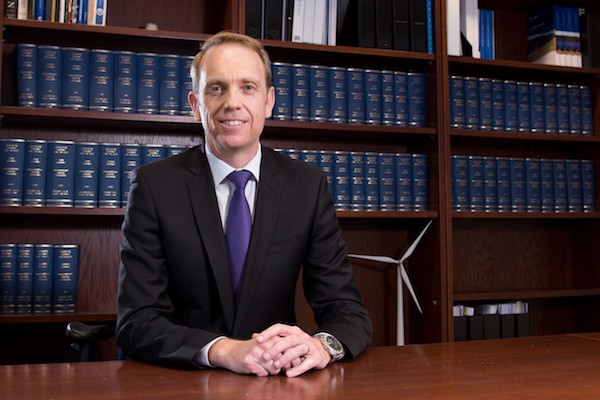 The Territory is committed to converting the current fleet of diesel and CNG buses to a zero-emission bus fleet by 2040.

Transport Minister Chris Steel made the announcement at the Bus Industry Confederation National Conference at the National Convention Centre, where he also announced the ACT had acquired 40 new low-emission diesel buses for $21 million that will go into service this month.

Mr Steel said the US non-profit organisation, the Center for Transportation and Environment, which has been working on similar transition plans in there, will also be involved.

He said the plan would enable the Territory to move from its current fleet of diesel and CNG buses to a zero-emission bus fleet by 2040.

The Steering Committee, which will hold its first meeting before the end of the year, would provide strategic direction and leadership to Transport Canberra in developing the transition plan.

“This will enable our Government to make informed decisions on how to transition our bus fleet to zero-emissions – including the technology, timing, risks, costs, benefits, financing and funding options,” Mr Steel said.

The plan, to be finalised by the middle of next year, would consider infrastructure, fleet, policy, service principles and workforce skills.

Mr Steel said that the 40 new Scania/Bustech Euro VI buses would play a crucial role in modernising the existing fleet which has 74 buses over 25 years of age, and maintain services during the transition period.

“As well as lowering harmful emissions and being more reliable, the new buses will be air-conditioned and, importantly, meet disability access requirements. It means we will achieve the required legislated target of a 100 per cent accessible bus fleet well before 31 December 2022,” he said.

The Government would also be spending $44.51 million on a further 84 buses to replace ageing vehicles and grow the fleet over the next four years, including the first procurement of zero-emissions buses.

Route buses generally have a life of about 15 years.

“… a further 84 buses…including the first procurement of zero-emissions buses…” Does this mean we will still be buying yet more diesel buses?! This is not acceptable. We need all fossil fuel burning gone over the next two decades. Lots of other places have found perfectly acceptable electric buses. Why not just get the same?

Govt has already done a trial of electric buses and found them to be unreliable, can’t carry as many passengers and have only about half the range of diesel buses
https://the-riotact.com/electric-buses-missed-35-per-cent-of-their-peak-services-during-canberra-trial/327356

I couldn’t find any reference to how much the rate payers are paying to these ‘high profile’ types.

I suspect Transport Minister Chris Steel just forgot. Understandable of course , easily done when it’s not your own money being splashed about. I’d probably do the same.

The Committee should also be used to advise on whether high capacity electric buses rather than light rail should be the preferred technology of the inter-town public transport route.

Mr Corbell, given his role in the development of the Civic to Gungahlin light rail, despite a poor business case, may need review his light rail preference. He could do worse than heed the advise of Keynes -“when the facts change, I change my mind, what do you do”?

The Committee has time to consider the issue, as there is no urgency for the extension of light rail to Woden as the existing bus service is well used and provides and excellent service in terms of journey length and frequency.

Pretty much this. It’s hard to not think there is a bit of influence from the TWU is in this as well.
I will be dead by 2040, so I will never see it happen.

I note that the ACT Government has already made a great start to their Zero emissions public transport strategy by removing buses from many parts of Tuggeranong and Belconnen.

Just another job for the Labor old boys.

JS9 - 20 minutes ago
While there is no doubt that the contracts are unfavourably placed at the moment, its not '3 times the current electricity pr... View
bj_ACT - 1 hour ago
Spot on Chewy. As has been pointed out by a few people over the last year. The ACT government has signed up fixed price 20 ye... View
phydeaux - 2 hours ago
...and remember to take a clear photograph of the meter readings, in case you need to submit a correction. View
News 1

@the_riotact @The_RiotACT
Cooma's Dr Hamish Steiner has been named 2021 Rural Doctor of the Year after stepping in to help save Bombala's only medical centre https://t.co/4jIMqDz1Vd (47 minutes ago)