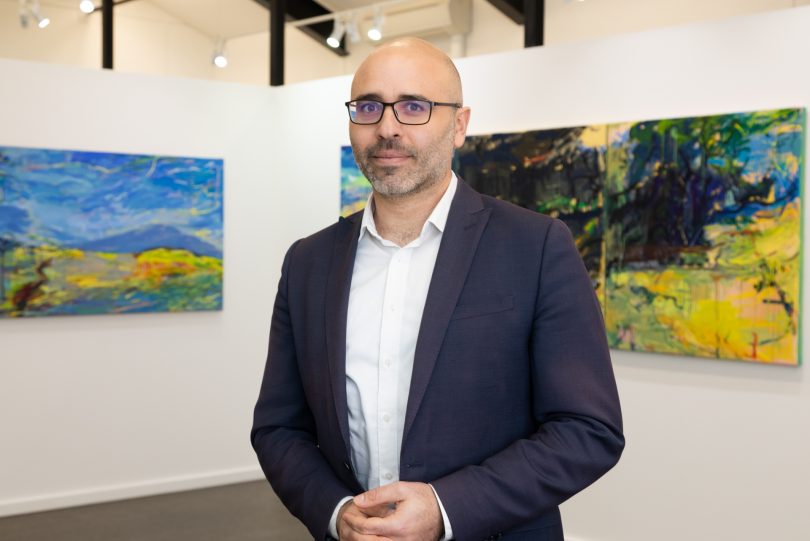 Why isn’t Canberra a national or, indeed, an international arts capital?

Joseph Falsone, who heads the Ainslie and Gorman Arts Centres, thinks we have the potential to reach for the stars – if only we could get our arts act together.

“Our vision is for Canberra as a well-connected node in a network of international cities,” he says.

“We have the artists, the audiences and the international connections, but apart from a very few organisations, we are not on the map nationally or internationally.

“Why are we not a place that imports artists, on a list of the top three art destinations if you were visiting from overseas? Fifteen years ago, nobody would have thought that way about Hobart or Newcastle, but those perceptions have been shifted.”

READ ALSO: Violinmakers’ collaboration is music to our ears

Joseph argues that Canberra’s arts scene often sits in the shadow of the national institutions, to the detriment of the thriving local arts community.

But how do you mobilise the money to turn the city into an arts destination?

With a really good arts policy that’s fit for its 21st century purpose, he says. And much has changed in that regard: Ainslie and Gorman has recently transitioned its structure to Arts Capital, an independent not-for-profit organisation, currently seeking new board members.

That change reflects the importance of financial sustainability and business smarts for arts organisations. Ainslie and Gorman has risen to the challenge in recent years. It’s grown its earned income from $600,000 per annum to $1.6 million and 200,000 people now come through the doors each year. Staff have increased from just two to 15, with an additional 15 casuals. 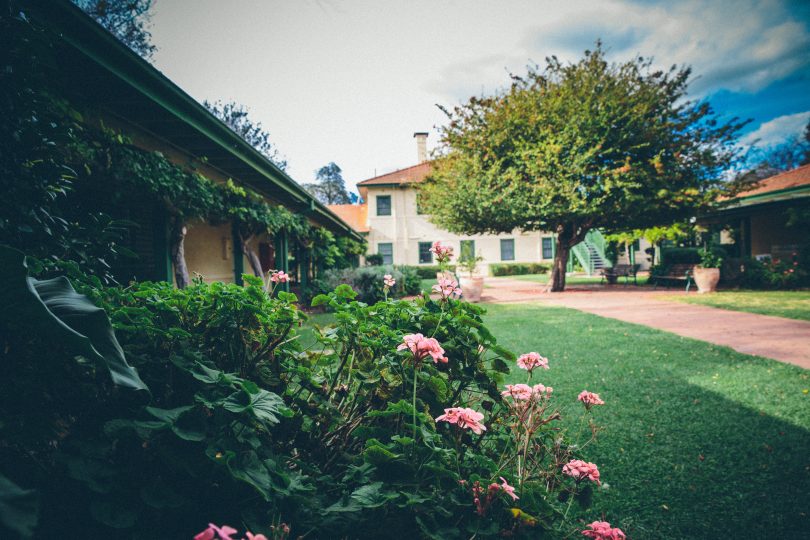 Dozens of artists and companies work in the twin centres located in two old heritage buildings, which buzz with choir rehearsals, theatrical performances and gallery openings, although Joseph suspects few people know just how much goes on behind the heritage facades, and COVID-19 has been a huge challenge.

He and Mark Van Veen, the Ainslie and Gorman chair, both say the centres have well and truly learned how to stand on their own feet, but that doesn’t mean that the ACT Government should step back from funding the arts equitably across the community as a whole.

READ ALSO: If you’re an artist, this is how to get help navigating the sector shutdown

“There’s a basic assumption that a civilised society will support the arts,” Joseph says.

“Ainslie and Gorman opened in 1981, at the end of a period where government put money in and the centres were sustained largely by volunteers working collaboratively. In the 2020s, the expectation is that they will be more like businesses.

“The ACT Government wants to see that, but doesn’t seem to know how to enable or engage the relationship beyond that point. We want a discussion to emerge where policy settings support, enable and reward financial sustainability rather than saying you’ve made the money, now you’re on your own.”

He says Canberra’s arts funding has been stagnant and unevenly distributed for around a decade, and that reforming the ACT arts funding model must be an urgent priority.

Defining the role of government in the arts is central to that process: are they merely landlords or benevolent patrons? Are they operators? Or is the relationship with arts centres a service contract? And where will facilities like the Kingston Arts Precinct fit in?

“There’s a review, but it’s taking a long time to happen. We are all looking forward to a more transparent and equitable system being put in place,” he says.

Ainslie and Gorman’s leaders both say it’s vital to see all of Canberra’s arts facilities as a cohesive, organic ecosystem that thrives by working together.

Joseph’s vision for Kingston, for example, is a kind of AIS for the visual arts sector with the right spaces for the right people. Instead, he says there is a piecemeal approach to one of the biggest arts projects in Canberra’s history.

“If an arts-led recovery is going to be more than an empty slogan, Canberra should hold our cultural sector to a very high standard, not see ourselves at a town council level.

“We have to challenge ourselves right through from the community participation level to excellence at all our arts facilities.

“These are no longer under-qualified, unprofessional community set-ups. These are serious businesses that match any private sector operation. – we are building an audience for professional artists ion this community, so let’s give ourselves a bigger, bolder vision and hold ourselves to account.”

One Response to Could Canberra be an international Arts Capital?
Filter
Showing only Website comments

It takes an appreciation of cultures to create a thriving arts community. Looking at the most culturally renowned cities, they generally have good fashion sense, museums dedicated to various foreign cultures creating links between the international cities and some have been the birthplace of cultural ideas, such as being famous for being the origin of music genres or architectural concepts, for example. It would stem from having arts culture at a grass roots level socially, such as a thriving music and arts scene that would encourage collaboration and creative ideas to bloom.

Bernard - 53 minutes ago
Problem ACT Government have with promotions and perceptions (possibly the realities) of conflicts of interest are nothing new... View
Property 7

keek - 1 hour ago
Awesome news. ACT Labor and the greens really looking out for working families with their housing policies, land rates rises... View
John Mungoven - 13 hours ago
Dream of a home (ie with backyard type) is rapidly disappearing in Canberra. Local Govt policy is for 75% of new residences t... View
Andrew Whiting - 15 hours ago
Yup that’s me priced out for awhile. View
News 11

Ben Fittler - 19 hours ago
Germaine Muller I know! Devastated he was always so nice View
show more show less
*Results are based on activity within last 7 days

If you’re an artist, this is how to get help navigating the sector shutdown