Violinmakers’ collaboration is music to our ears 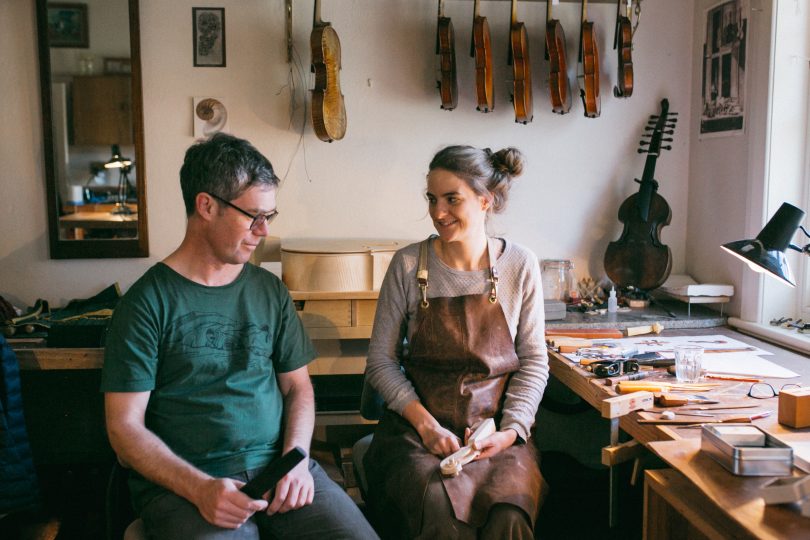 Hugh Withycombe and Miranda Scott are both graduates from Newark International School of Violinmaking. Photos: Rebecca Worth.

Hugh Withycombe has occupied his violinmaking studio on the top floor of Gorman Arts Centre for over seven years and it is here, in the warm, instrument-lined studio, that Hugh began his two-week collaboration with Miranda Scott, a newly minted graduate from the Newark International School of Violinmaking in the UK.

Remarkably, Newark’s graduate list also includes Hugh, whose persistent interest in stringed instruments led him to study on the other side of the world in 1997.

In Hugh’s studio, the two sit across the workshop from each other, reminiscing about their times in Newark, a relatively small town of 20,000 people in the north-east of England. Miranda has seen a picture of Hugh on the school walls circa 1998, and even came close to living in the same house, nearly 15 years apart. It’s no surprise that their respective lives in such a niche craft have come close to intersecting.

The seed of the collaboration project grew from the sudden closure of the Newark school due to COVID-19.

“My time at Newark sadly came to a quick and unexpected end,” Miranda said.

It was then that Miranda reached out to Hugh.

“I had heard great things about Hugh and thought it would be nice to meet him, so I sent an email introducing myself. Hugh very kindly offered this two-week collaboration, which was very exciting,” Miranda said.

The pair have chosen to recreate a violin from the 1700s by Italian Giuseppe Guarneri, known more familiarly as ‘del Gesu’. This violin holds a special place among the string community and in some opinions rivals the revered Stradivarius.

“The workmanship of a del Gesu is less finished, still showing under the varnish the tool marks and stages of construction. This is intriguing and appealing to many modern makers in an age where a machine-like finish is less valued,” Hugh explained. 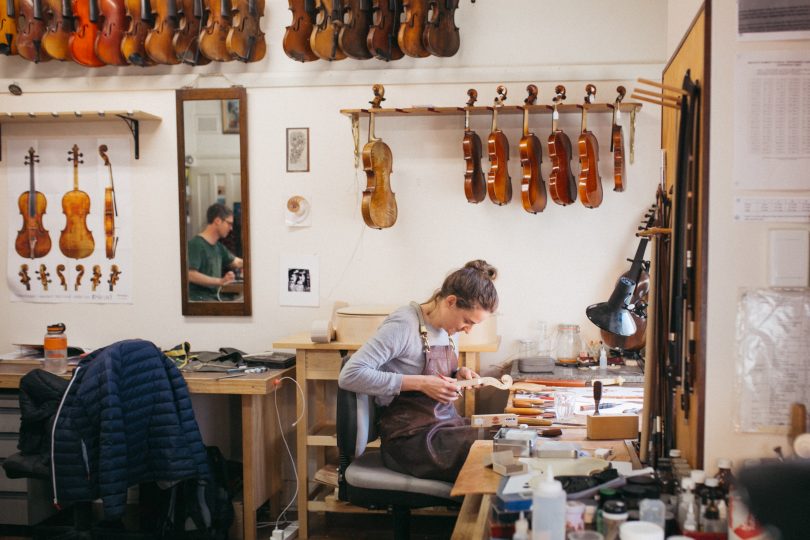 Hugh and Miranda have collaborated to recreate a violin by Giuseppe Guarneri.

Hugh brings a wealth of knowledge into this collaboration, not just in the construction of finely crafted pieces but a familiarity of the timbral quality of the storied instruments.

Watching the two craftspeople working with such precision, it is remarkable how the violin pieces begin to resemble their discrete parts so quickly.

“Before starting the project, we divided up the parts of the violin we each would focus on, even though we would be comparing and chopping and changing throughout the project,” Miranda said.

By the time the final day of the project has rolled around an elegant violin body sits clamped on the countertop of the workshop. Miranda works away at carving the ornate scroll head, while Hugh takes to fashioning the neck from a dense ebony wood that slowly emerges as delicate shavings fall away. Hugh checks if the neck is square by sitting it flush to the benchtop, if light creeps through a gap, its back to shaving it down in incremental slivers. 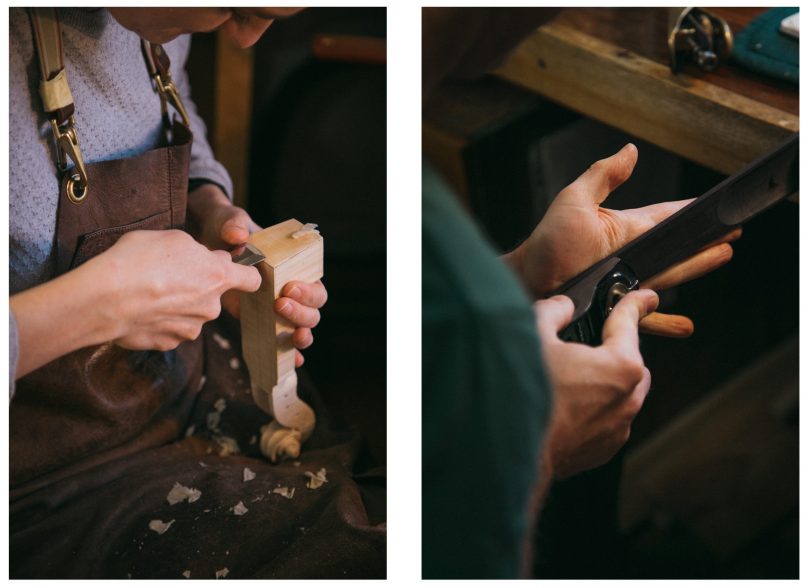 Though this art requires precision there also seems to be a poetry about the process, allowing for subtle differences in technique, from shaping to the final varnish and antiquing. Hugh and Miranda plan to reconvene in September for the second stage of this project – the finishing.

“Varnishing is a process that can’t be rushed. It does not take many hours but the drying time and colouring take time,” Miranda said.

While the del Gesu will soon be finished, antiqued and put up for sale, a more important object has been gleaned from the collaboration – an exchange of technique, a questioning of one’s process and the opportunity to grow at any stage in your craft. 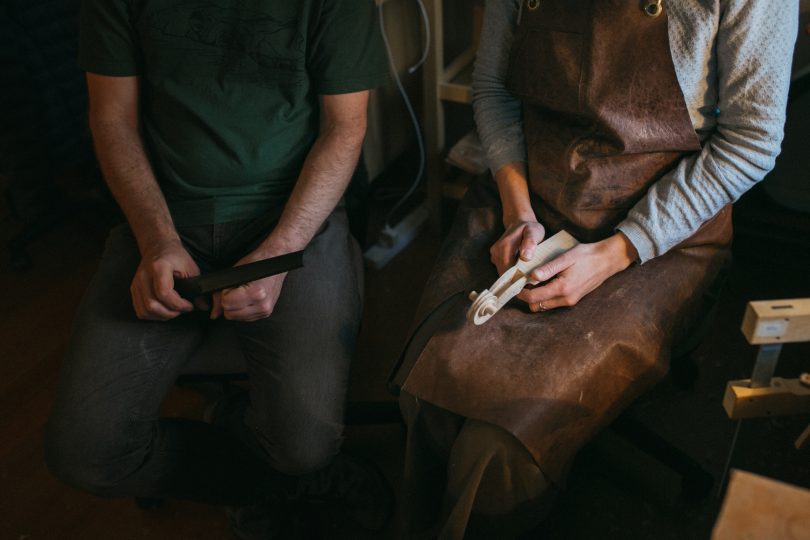 The collaboration between the two violinmakers has brought an exchange of technique, questioning of process and opportunity to grow at any stage in one’s craft.

Brisal - 12 hours ago
It goes without saying that whatever the minimum standards are, most developers will do all they can to meet only those stand... View
show more show less
*Results are based on activity within last 7 days

@The_RiotACT @The_RiotACT
The Festival of Small Halls is proving to be a lifeline for musicians as it tours 20 rural locations in NSW https://t.co/dJze5LsnrO (7 hours ago)