transforming Canberra homes for over 45 years 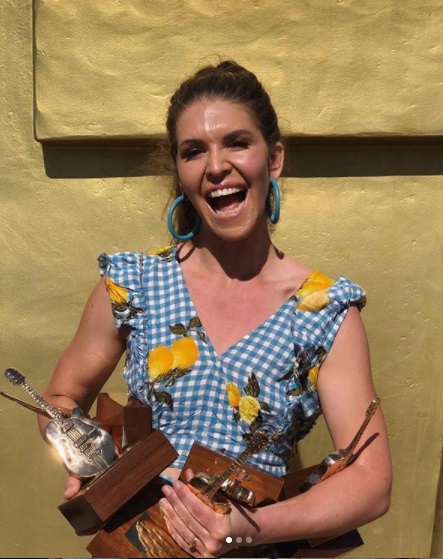 As Fanny Lumsden steps from the lush green lawns of Canberra’s Commonwealth Park onto Stage 88 for the 2021 Australia Day celebrations tomorrow, Canberrans will meet the freshly minted golden girl of Australian music.

For the singer/songwriter, it will be in stark contrast to 26 January 2020 when she was still choking on smoke after three bushfires converged into a 600,000-hectare mega-fire near her home village of Tooma.

Among music luminaries like James Reyne, Daryl Braithwaite, Lee Kernaghan and Kingswood, she will likely wonder how an album written and recorded amid the ashes of the charred Snowy Mountains landscape could actually have survived a year that started so bleakly then flatlined as COVID-19 spread its tentacles.

But more so, that an album named fallow, its touring schedule binned, could spring forth a crop so rich that, added to an Australian Recording Industry Association (ARIA) Best Country Album award three months ago, was the triumphant winner of five of Australian country music’s most-coveted awards.

Fresh from Tamworth, this Tallimba-raised, Tooma-based country girl and her band – The Pack – are today in the nation’s capital toting five brand spanking new Golden Guitar statuettes after making a clean sweep of the 49th Country Music Awards of Australia on Saturday night. 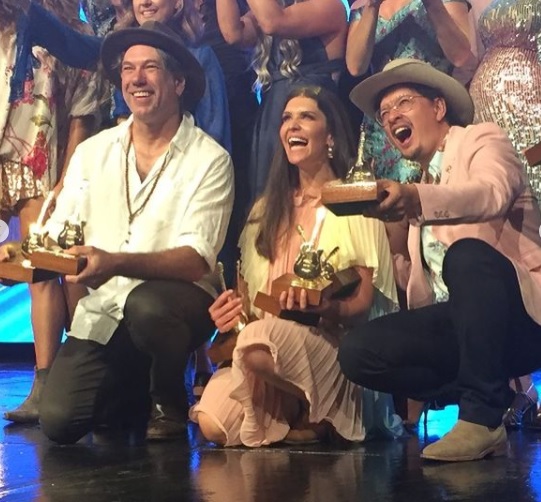 Fanny with fallow producer Matt Fell and her husband Dan Stanley Freeman at the 2021 Australian Country Music Awards in Tamworth at the weekend. Photo: Supplied.

Bound for her mantlepiece, the five awards will take to eight the total number of Golden Guitars notched on Fanny’s belt. Three of those are successive Video of the Year awards.

The 49th Country Music Association of Australia awards were held in Tamworth on Saturday night despite the cancellation of the Tamworth Country Music Festival due to the ongoing COVID-19 pandemic and restrictions.

On receiving the female artist of the year award, Lumsden paid an emotional tribute to her fellow female industry counterparts.

“To the women and female-identifying artists that came before me and paved a path of possibility, to all of you out there juggling everything, it’s not always easy being a parent, touring, running your own business and being in lockdown and all of these different things, you all do it so incredibly and I feel so grateful to be here,” she said.

On receiving her award for “Fierce”, Fanny paid tribute to the women of the land “who helped keep this nation together from the ’40s to today”.

Later, as she celebrated with her band, producer Matt Fell and her family, she described the wins as incredible and thanked the radio stations for their support of homegrown music.

Recorded in a stone hut on their Tooma property prior to and following the summer 2020 bushfires, fallow’s poignant tenet was one of loss, bringing new life into the world, possibility and new beginnings.

Fanny calls it the little album that could.

Quietly launched in March at a fundraiser for the Tooma Maragle Bushfire Recovery Fund, a tiny community still healing from the shocking bushfires was joined by 600 visitors in raising some $12,250 just as COVID-19 was spreading its feelers, effectively suspending any early 2020 touring plans.

Use of social media, and song and video clip releases to a fanbase built from years of touring country halls meant fallow soon played to sell-out concerts throughout NSW when restrictions eased.

On the cusp of a tour of regional Queensland, the band is set to bring the house down in Canberra tomorrow, her guest appearance a welcome return to the ACT after fallow toured late last year.

Tickets are available online at Stage 88.

Nothing wrong with uniforms. Just don’t enforce them. View

It is many years now, but there was little difference shown re 'class' between the children in the… View