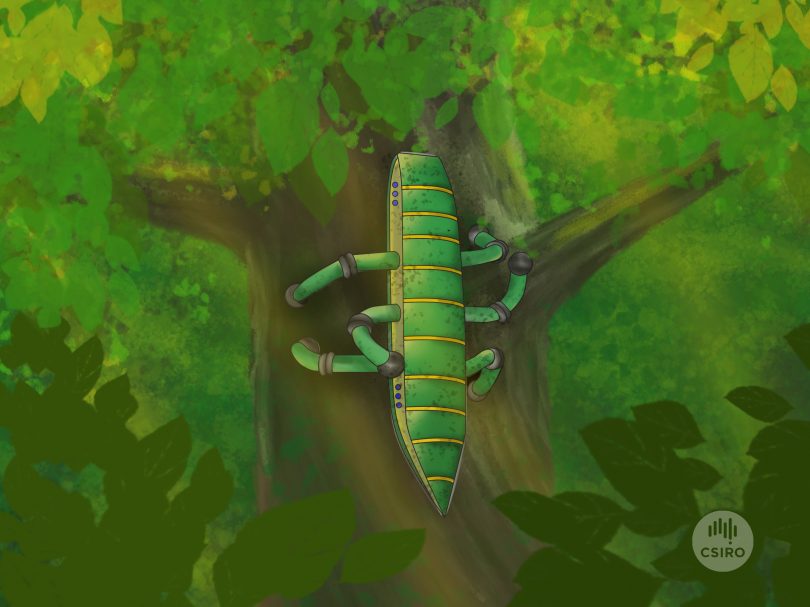 An artist’s impression of a robot of the future to be used in the Amazon. Based on tree-crawling lizards and gecko, it would have articulated legs for more flexibility and climbing. All images supplied by the CSIRO.

Researchers from the Canberra-headquartered national science agency, CSIRO, have provided a glimpse into what the robots of the future could look like – and it’s nothing like C3PO or a T-800 Terminator.

Instead, they believe that robots could soon be taking their engineering cues from evolution – and in practice have more in common with tree-crawling lizards, eels and turtles.

The ‘multi-level evolution’ concept argues that current robots struggle in unstructured, complex environments because they aren’t specialised enough, and that their design should instead emulate the incredibly diverse adaptation animals have undergone to survive in their environment.

“Evolution doesn’t care what something looks like. It searches a much wider design space and comes up with effective solutions that wouldn’t be immediately obvious to a human designer,” said the paper’s lead author, Dr David Howard.

“An animal like a manta ray or a kangaroo may look unusual to human eyes, but is perfectly calibrated for its environment.” 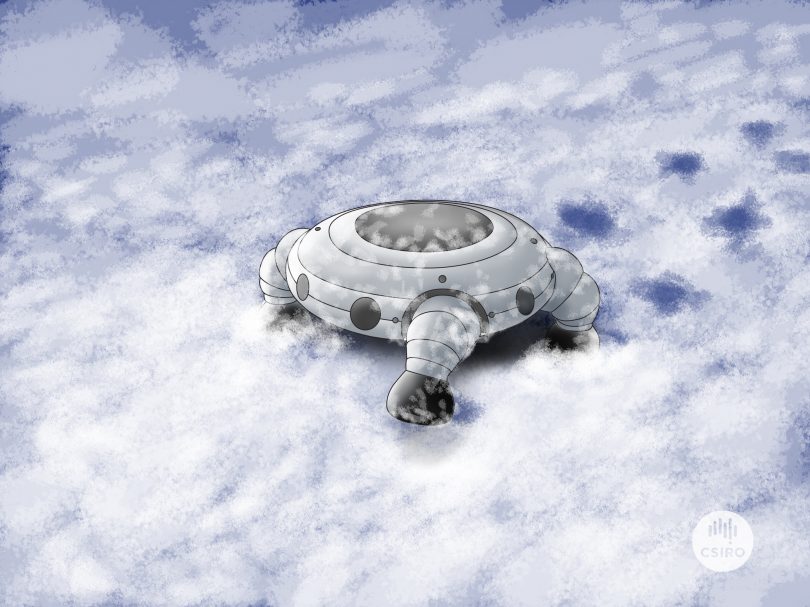 An artist’s impression of an Antarctic-based robot. Turtle like, it would be strong and robust for extreme conditions. It could also suit desert applications.

The paper argues that within 20 years, cutting edge technologies such as high-throughput materials discovery and characterisation, advanced manufacturing and artificial intelligence could allow robots to be designed from the molecular level up to perform their mission in extremely challenging circumstances.

Algorithms based on natural evolution would automatically design robots by combining a variety of materials, components, sensors and behaviours. Advanced, computer-based modelling could then rapidly test prototypes in simulated ‘real world’ scenarios to decide which works best.

The proposed end result would be simple, small, highly-integrated, highly-specialised, and very cost-effective robots which are precision-engineered for their task, environment, and terrain. The plan is that they would adapt on their own and automatically improve their own performance.

One example would be a robot designed for basic environmental monitoring in extreme environments. It would need to traverse difficult terrain, gather data, and eventually fully degrade so as to not pollute the environment. 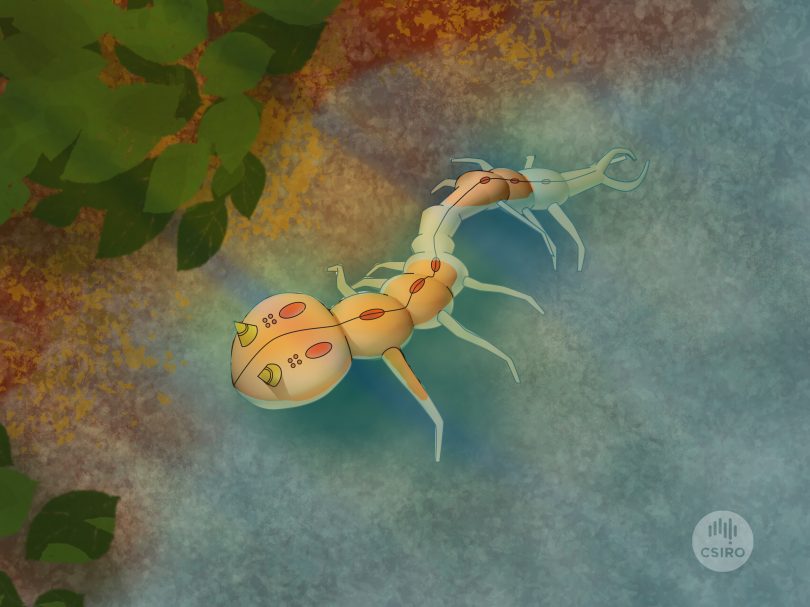 An artist’s impression of an ocean, coastal or river-based amphibious robot. It would travel in water like an eel, but have legs in order to crawl and climb.

The multi-level evolution approach to designing the robot would entirely depend on the terrain, climate and other factors.

For instance, a robot designed for work in the Sahara Desert would have to use materials that can survive punishing heat, sand and dust. It could be solar-powered, slide across sand dunes, and use the harsh UV light as a trigger to eventually degrade.

The thick, low-lying vegetation of the Amazon would be an entirely different challenge. A robot designed for this environment could crawl around trees and over fallen logs, be powered by biomass such as the plant matter covering the jungle floor, and degrade with humidity.

In both cases, the multi-level evolution process would automatically select the appropriate materials and components into a high-performing robot design, based on how well the robot performs a given task.

AIM FSP’s Director, Dr Danielle Kennedy, said that the future science platform program is part of CSIRO’s investment in creating future industries for Australia, and helping train the next generation of researchers.