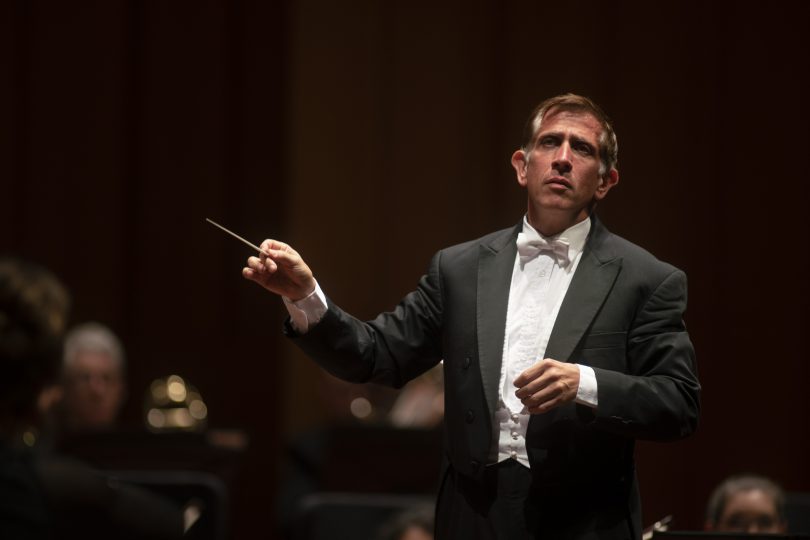 Nicholas Milton is not one to blow his own trumpet but there is no doubt the outgoing Chief Conductor and Artistic Director of the Canberra Symphony Orchestra has wrought musical magic in his 15 years on and off the podium and left the national capital with an institution to be proud of.

But he is loath to talk about himself and the CSO’s progress under his baton.

”It was great then, it’s really great now. It will be even greater in the future,” is all he will say.

Nor is he too concerned about his successors retaining his legacy, built he says on the work of his predecessors.

”The new artistic team know exactly where they want to go with the orchestra, and I know it will be a sensational journey for [artistic adviser] Jessica Cottis, [principal guest conductor] Simon Hewett, and the wonderful musicians of the CSO,” he said.

His advice is simple: ”I hope Jessica will enjoy every moment, every rehearsal and every concert with this terrific group of musicians.”

READ ALSO Carols by Candlelight will flicker on this year

Dr Milton obviously has and it was with much sadness that the pandemic robbed him and Canberra of his farewell season, leaving him in Europe, a world away from his homeland’s capital.

”I would have liked to go out with a bang, but when I consider all of the hardships that so many people around the world have endured over this period, it is not worth a mention,” he said.

But he is left with many fond memories of his time with the CSO, some of the most important are connections with the community and Canberra milestones.

”Wonderful and magical moments” include performing with a massed community choir for the re-opening of Llewellyn Hall after the devastating 2007 storm; the annual Prom concert on the grounds of Government House; and the Centenary of Canberra performance on the slope at Parliament House for thousands of people.

”But I think the moments I will hold in my heart are the special closed concerts we performed for the children from the Canberra and Goulburn school systems, including many specially designed performances for children with special needs,” he said.

”I will never forget the conversations I had with teachers – those wonderful, extraordinary, underappreciated people – as they told me how the music affected their students in ways they had never seen.

”How music reached into parts of those children that were otherwise unreachable. Those remain for me the moments that I treasure most deeply.” 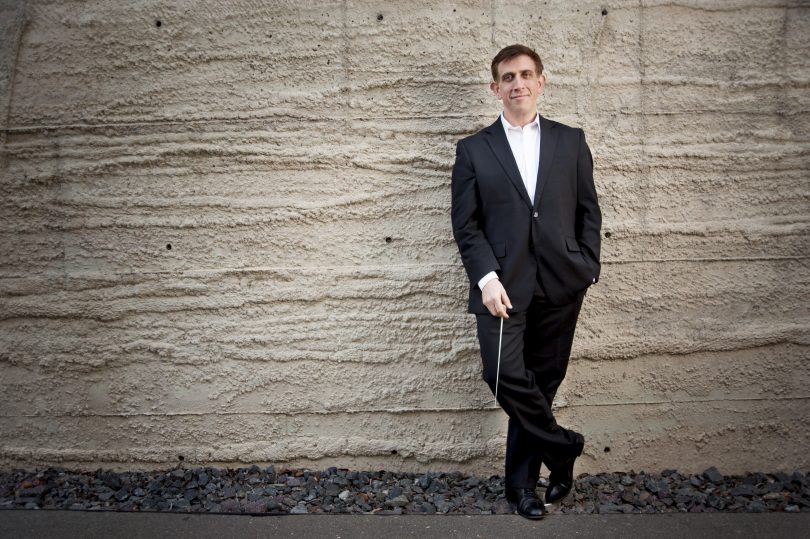 Nicholas Milton: ”All of us with the CSO are very proud of being the professional orchestra serving the nation’s capital, and we take our responsibility seriously.” Photo: Lindi Heap.

Dr Milton said working with the CSO constantly reminded him how important it was for a community to have a functioning, engaged and active community of musicians.

”Music is truly a universal language and an orchestra has the impossibly miraculous power to bring people of all types together through exquisitely shaped, sculptured moments in time,” he said.

”An orchestra enshrines, celebrates and proposes cultural values within and for a society, and the work of an orchestra – delivering joy and beauty and inspiration – has far-reaching echoes into the very fabric of the human condition.”

Dr Milton is also proud of the Australian Series established during his tenure under the leadership of the ”irrepressible” Professor Matthew Hindson, which fosters home-grown composers and their music.

A champion of Australian music and musicians, Dr Milton believed it was vital for the national capital’s orchestra to perform the works of its own country’s composers and to nurture the next generation.

”All of us with the CSO are very proud of being the professional orchestra serving the nation’s capital, and we take our responsibility seriously,” he said.

”We take enormous pride and pleasure in providing opportunities that celebrate and benefit from the wealth of talent that exists among performing artists and composers, in our nation.”

Key to this is education and Dr Milton said it was important that a thriving ANU School of Music be able to produce the next generation of CSO musicians and composers.

Dr Milton has a strong future in Europe where he has just signed a five-year contract renewal with the Göttingen Symphony Orchestra and can look forward to regular appearances at one of the continent’s biggest opera houses, the Deutsche Oper in Berlin.

He will maintain an Australian connection as chief conductor the Willoughby Symphony Orchestra in Sydney, which he has been conducting for more than 30 years, and will likely continue his collaboration with Opera Australia.

”I just want to keep conducting and learning new scores and sharing my love of music, wherever that takes me,” Dr Milton said.

That may well bring him back to Canberra at same stage so he can say good-bye and say thank you in person to the musicians and Canberra community at a “farewell” concert that couldn’t take place in 2020.

But he has written personally to all of his musicians and the CSO’s subscribers.