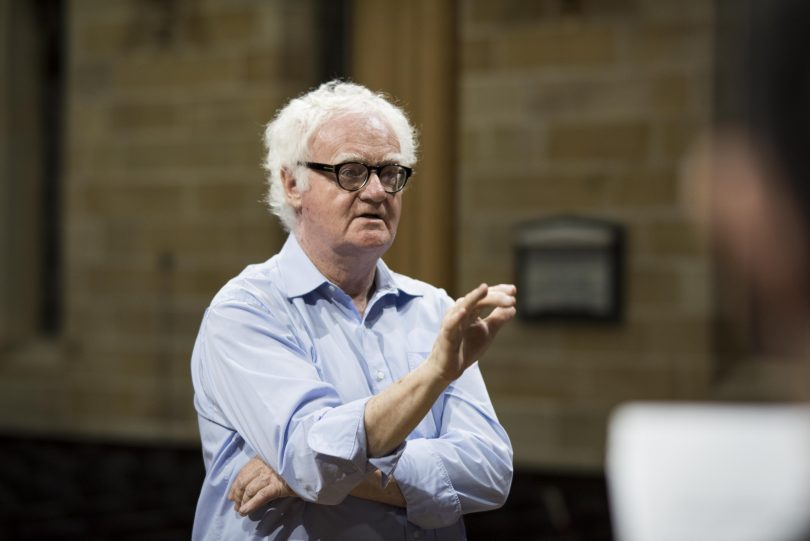 The Canberra Symphony Orchestra has joined the music world in mourning the passing of its inaugural Artistic Director and Chief Conductor, Richard Gill, who died from cancer at his Sydney home on Sunday morning (28 October), less than a week before his 77th birthday.

The CSO said it echoed the deep sadness felt by Australia’s music community at the loss of Gill, one of the nation’s most admired conductors and music educators.

Gill was the CSO’s Artistic Director and Chief Conductor from 2001 until 2005, and made his first appearance at a fundraising concert in September of 2001 at which he and the orchestra’s musicians donated their services.

He played a significant role in the development and growth of the CSO, bringing strong artistic leadership and vibrant passion to the orchestra.

“Richard was beloved by musicians and the public alike. His irrepressible energy, passion for music education, and undying belief in the power of music as a force for enrichment in society will be sorely missed but never forgotten,” Dr Milton said.

“The flame of his inimitable enthusiasm and love of music burns on in all of us who were privileged enough to work with him and to share in his profound knowledge and unassailable artistic integrity.“

CSO Chair Air Chief Marshal Sir Angus Houston said: “At this unbearably sad time, the loving thoughts and prayers of the CSO family – musicians, management, board, and his eternally loving audience, are with Richard’s family.”

In a moving tribute to the maestro, a flashmob organised at the doorstep of Gill’s home the day before his passing to play The Dam Busters March – reportedly one of his favourite tunes – which was even attended by the NSW Police Band. Below is a video of the tribute posted on Facebook by Jane Rutter:

As well as his connection to the CSO, Gill was involved in recent years with the Four Winds music initiative near Bermagui on the South Coast.

He was also the founding artistic director of the Victorian Opera, and six years ago was instrumental in the founding of the Australian Romantic and Classical Orchestra.

Known for his talent as an educator, he also worked as the dean of the West Australian Conservatorium of Music.

He received many awards during his life including the Order of Australia and Centenary Medal.

Gill is survived by his wife Maureen; children Claire and Anthony; and grandchildren Camille, Elise and Antoinette.

Remember watching him on Spicks and Specks. Lovely man and entertaining.

I was lucky enough to be a student of Richard Gill’s, at a public high school in NSW, when Richard was in his twenties. He understood how to communicate his passion for music, particularly classical, to all students, not just those in his specialist music classes. He wrote a musical for the school to perform, based on The Pied Piper of Hamelin, including a whole class of year 7 students dressed as brown mice! Vale Richard Gill.