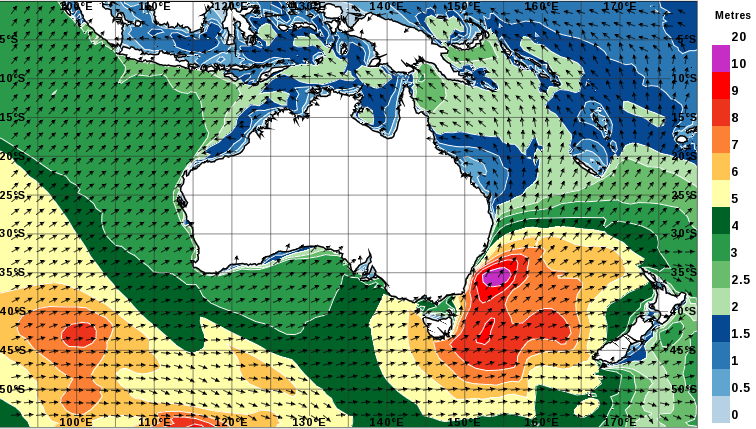 An intense low-pressure system in the Tasman Sea off the NSW coast is keeping emergency services personnel busy across the ACT and south-east NSW region.

The system is expected to create ‘Hawaiian-style’ conditions of big surf, with waves up to 12 feet high (3.6 metres) and strong winds.

Vigorous northwest to southwesterly winds are expected across Canberra and south-eastern New South Wales as a cold front clips the south-east, followed by a second front on Thursday morning. Winds will ease in the wake of these fronts later Thursday.

The Bureau of Meteorology issued a severe weather warning today (Wednesday) for damaging winds averaging 60 to 70 km/h, with peak gusts in excess of 90 km/h across the Southern Tablelands, ACT, Snowy Mountains, Illawarra and higher parts of the South Coast.

SES personnel used height safety equipment to secure the roof with assistance from the store manager. 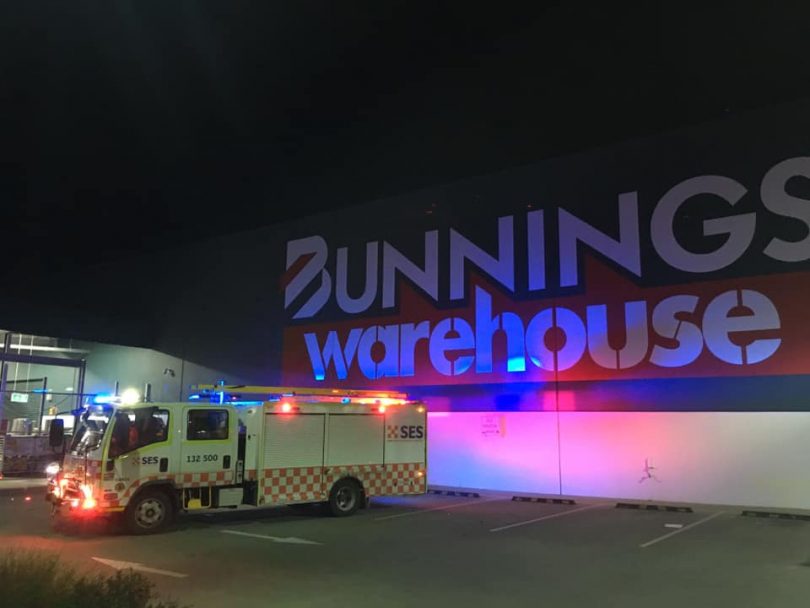 The Bureau of Meteorology recorded wind gusting at 80km/h at Goulburn Airport at 7.30 pm on Tuesday night.

Across the Snowy Mountains, damaging winds are forecast for areas above 1900 metres for today (Wednesday) and into Thursday morning. Wind speeds will average 75 to 85 km/h with peak gusts in excess of 110 km/h possible.

The NSW National Parks and Wildlife Service recommends that back country travel be postponed until conditions improve. Winds are expected to ease during Thursday after the passage of a second front system associated with the low-pressure system.

On the NSW south coast, very large seas are forecast between Wednesday 21 and Friday 23 August as the low-pressure system develops and intensifies.

Surf Life Saving NSW advises that people visiting the coast should be aware of the dangers associated with the anticipated system.

The forecast extra-large swell means most of the NSW coast will be extremely hazardous for all activities especially boating, surfing and rock fishing.

“The risk for unaware surfers is that the swell will rise quickly,” says Carroll. “It could be four-feet and manageable on Thursday morning, but when the big pulse begins to arrive it will happen very quickly and could catch people out.”

A hazardous surf warning has also been issued for the Illawarra, Batemans Bay and Eden coastlines, where swells in excess of 12 metres are expected out to sea. Surf and swell conditions are expected to be hazardous for coastal activities such as rock fishing, boating, and swimming.

When damaging winds are forecast, the State Emergency Service advises people to move vehicles under cover or away from trees, secure loose items around your house, yard and balcony, and keep at least eight metres away from fallen power lines or objects that may be energised, such as fences.

The NSW Police Marine Area Command advises people to consider staying out of the water and avoid walking near surf-exposed areas. Rock fishers should avoid coastal rock platforms exposed to the ocean and seek a safe location that is sheltered from the surf. Boaters planning to cross shallow water and ocean bars should consider changing or delaying their voyage.

This latest blast of severe weather conditions comes after two separate polar systems moved across the Snowy Mountains and ACT regions. The first produced heavy snowfalls in early August, while a second topped up the near record snowfalls, leaving most of us with a timely reminder that winter is still well and truly with us. 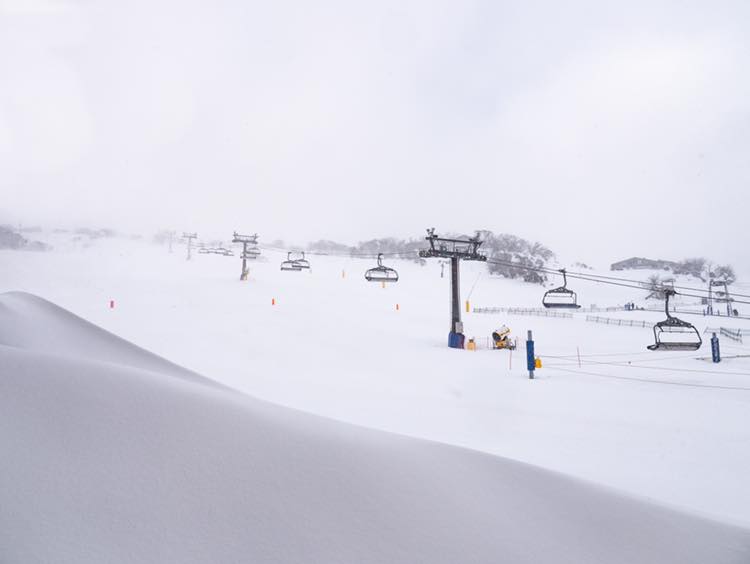 Heavy snowfalls have presented great conditions in the Snowy Mountains.

Wind? Barely made the chimes tinkle today. I want RAIN and lots of it as my garden needs a good watering. 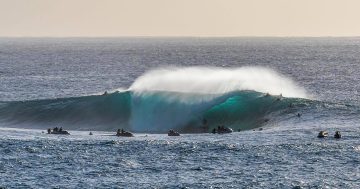