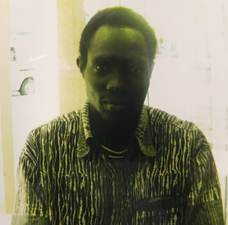 ACT Policing is renewing its call for assistance in locating missing man David Aboui who was last seen in July on London Circuit on July 10 last year.

Mr Aboui, who may also be known as ‘Gabrielle Malak’, is described as African in appearance, approximately 175cm (5’9”) tall with a slim build. He has brown eyes and dark hair, which was short at the time he was last seen.
Police believe Mr Aboui may have travelled to Sydney, and may be known among the Sudanese community.

ACT Policing urge anyone who knows the whereabouts of Mr Aboui to contact Crime Stoppers on 1800 333 000, or via www.act.crimestoppers.com.au. Information can be provided anonymously.

Lorna Towers - 3 minutes ago
You couldn't afford all the meat you get at a real Brazilian BBQ. View
Jodie Sharples - 3 hours ago
Julie Warren this answers our questions from yesterday View
Amy Stewart - 13 hours ago
Mark Turner this is what we drove past… View
Opinion 17

Julie Macklin - 4 minutes ago
Dingo Dom Shanahan No, the bus interchange needs to be better incorporated into the centre of the city, not removed. More peo... View
Richard Orchard - 33 minutes ago
Retail space is always troublesome to rent out- it’s either that landlords want rents and leases, with personal guarantees,... View
chewy14 - 4 hours ago
JC, $60million a year for one stage of light rail that services a tiny minority of the population. With the government commit... View
News 63

Finagen_erection - 49 minutes ago
It’s simply a result of poor investments by governments (plural) and failures in leadership within CHS. The CEO has quit, t... View
Kimmy Hunter - 2 hours ago
Well your very lucky because I had a family member told they can’t access nsw health and had treatment refused View
JC - 5 hours ago
Christian your $35 is not a co-payment that is you paying your doctor more than what Medicare pays then. The proposed co-paym... View
News 12

@The_RiotACT @The_RiotACT
@CSIRO has proposed a new National Collections building to be constructed at Black Mountain Science and Innovation Park in Canberra at a cost of $70m https://t.co/74MuQPOFXA (23 minutes ago)

@The_RiotACT @The_RiotACT
Messages of condolence are flooding in for the family and friends of a Canberra man killed while watching the Finke Desert Race near Alice Springs on Monday https://t.co/sDzPaNDQvg (43 minutes ago)