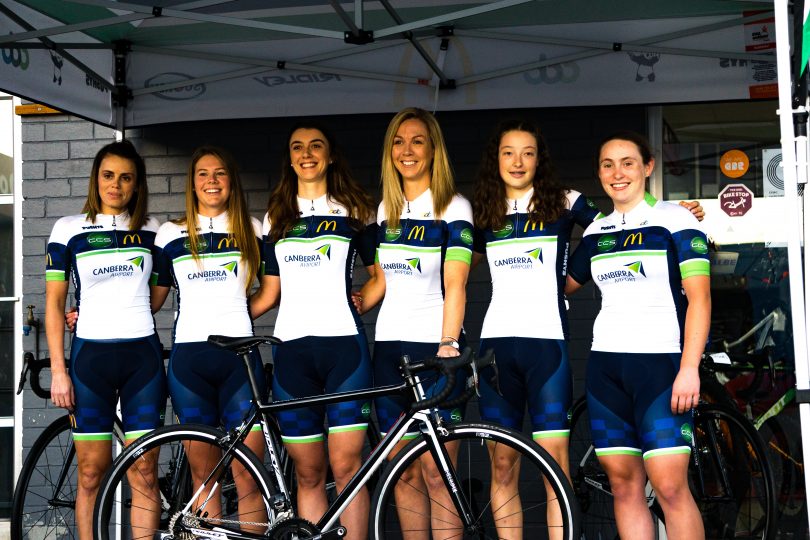 Local Canberra businesses have banded together to fund a new Canberra road cycling development program that will provide support for Canberra-based road cyclists to reach the next level of competition.

The program – supported by CCS Group, Canberra Airport, McDonald’s, Pushy’s and Canberra Data Centres – was designed to create a pathway for Canberra cyclists from juniors through to international level.

The local sponsors will support the pathway program for at least the next five years and aim to put Canberra back on the road cycling map both nationally and internationally.

Belinda Chamberlain is using her vast experience to lead the team and said the new program was a game-changer for female cyclists in the capital.

“This is the support women in road cycling needed to get to the next level,” she said.

“Team CCS will not only provide us with the program, gear, bike and apparel but of course the consistent team companionship that will make this great sport even better.”

The five-women team achieved immediate success with their first race at the Canberra Junior & Women’s Tour held in Canberra last weekend, with a member of the team finishing on the podium on all four stages.

Chamberlain said that the support over the weekend helped the team push for success.

“We had amazing support from our sponsors and supporters over the weekend which aided in it being such a successful first tour for the team,” she said.

Director of CCS Group James Kilmartin said that Canberra road cycling has enough talent but didn’t seem to have enough support to keep it.

“I really admire and encourage any Canberran that wants to succeed at what they do. We need to support and keep our local talent to continue to build on the sporting success of the nation’s capital,” Mr Kilmartin said. 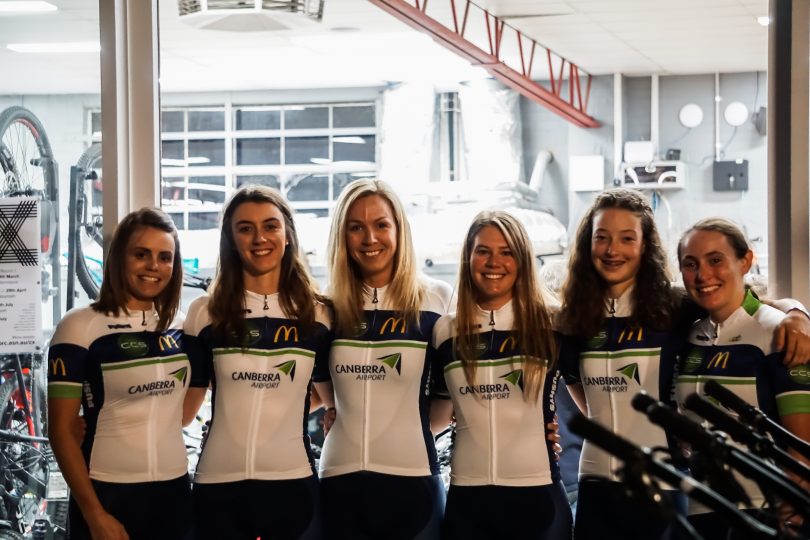 Ian McLeod - 32 minutes ago
Charles Godworth yes I do and I also upgraded to three phase and will install a Zappi charger, but most won't need it. The po... View
Ian McLeod - 48 minutes ago
Ben Garden which is what I'm doing and around town 2KW home charging is fine View
News 27

Robert Taylor - 36 minutes ago
I suppose it was unsafe and could not be kept for pedestrians & bikes. Sad View
Stephen Murray - 3 hours ago
I remember the punt that the bridge replaced. View
Christopher Cuba Rabanal - 5 hours ago
I’ve heard the best fish and chips in the bay is closing due to the lockdowns. That’s pretty sad 😢 View
News 27

Nick Swain - 7 hours ago
Griffin had a coherent public transport system based on rail including a track from QBN, through Civic and on to Yass. What a... View
Mike Holland - 8 hours ago
I love trains, and the idea of a high-speed train is very enticing, but I'd probably only use it once or twice for the novelt... View
show more show less
*Results are based on activity within last 7 days