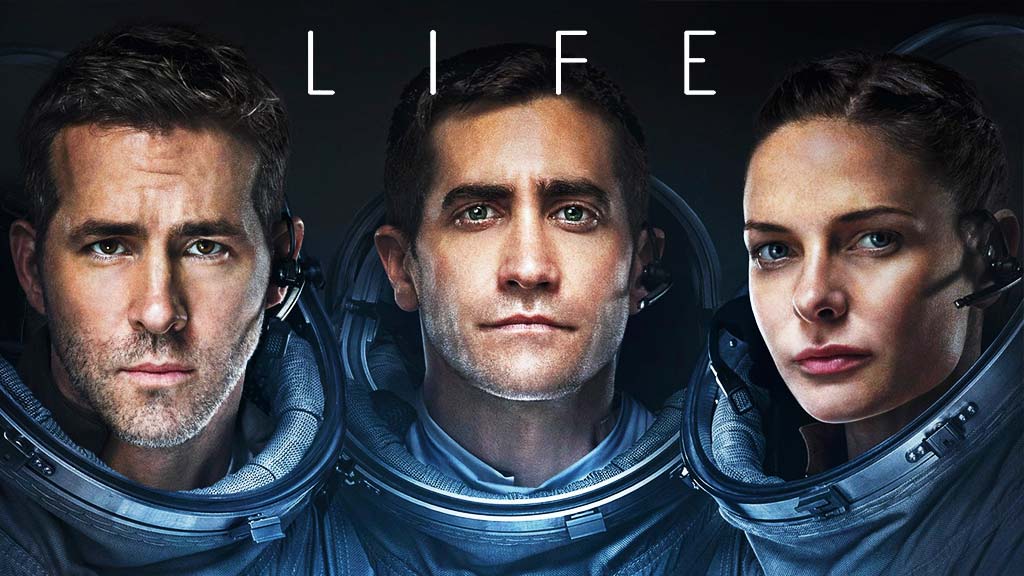 After a brief setting of scene, the new offering from Swedish director Daniel Espinosa sees innocence die early and takes us on an unrelenting thrill-ride which doesn’t let up until the final frame.

As is the tradition of late, international names are leading the charge in Hollywood, bringing foreign freshness and flair to big-budget fare; think Canada’s Denis Villeneuve (Arrival), Mexico’s Alfonso Cuarón (Gravity) and Alejandro González Iñárritu (The Revenant), and Iceland’s Baltasar Kormákur (Everest). With Ridley Scott’s 1979 Alien as an obvious template, LIFE is still an engrossing entry into the space-horror/thriller genre. Using advancements made in visual technology not available almost forty years ago, the special effects here are outstanding and work to propel the story forward rather than simply saturate and drown the spectacle.

LIFE is gripping. I didn’t look at my watch once. With a cinema all to myself – it was a weekday morning session, after all – it still felt somewhat bittersweet not to be sharing the experience with anyone. There is a lot of talent both on and off the screen. Although not wholly original, the thought of it playing to an empty cinema is criminal. With a multinational cast which realistically reflects real-life space crews, the cross-section of bigger and lesser-known names works well. Jake Gyllenhaal (Nocturnal Animals), Ryan Reynolds (Deadpool), and Swedish Rebecca Ferguson (The Girl On The Train) top the bill while Japanese Hiroyuki Sanada (The Wolverine, The Railway Man), Russian Ekaterina Golovkina and British Ariyon Bakare round out our imperilled crew who get more than they bargained for after testing samples taken from Mars. Basically a hybrid of Alien and Gravity, LIFE makes for riveting viewing via its marriage of terror and visuals, creating a scientifically cautionary tale true to its promotional taglines: “We were better off alone”, and “Be careful what you search for”.

The action is confined to the desolate and uncompromising helplessness of space. Therefore, the film’s success hinges largely upon the six central performances. Each of the cast conveys the isolation and claustrophobia of their calamitous predicament with conviction, and the special effects and the soundtrack pair perfectly to really reinforce the stress of the situation. Science-fiction and space films are not my ultimate go-to, and it takes a particular kind of film to scare or unsettle me. Nevertheless, LIFE is pretty nerve-wracking and, at times, genuinely terrifying in its speculative nature. It is a stressful film which endlessly jangles the nerves but is all the more exciting for it. The willingness to do away with some aspects of convention and to throw a few surprises into the writing is also very satisfying, avoiding some common Hollywood trappings.

Although it has its minor flaws – not everything always makes complete sense – LIFE is definitely worth a watch for its unrelenting tension and tremendous cinematography, very much calling to mind Emmanuel Lubezki’s Oscar-winning work on Gravity. Keeping in theme, you might even be treated to trailers for two of this year’s biggest releases: the upcoming Alien: Covenant from Ridley Scott and the Ridley Scott executive-produced/Denis Villeneuve directed Blade Runner: 2049, starring Ryan Gosling and Harrison Ford.

Turnball Yarry - 3 hours ago
Rusty Mash Micro-forest!... View
Ashley Keaveney - 3 hours ago
How about fix and maintain them. Dry land oval is a complete cop-out...... View
Elspeth Shannon Rollason - 4 hours ago
The Florey oval which is in this picture needs to be an oval for the primary school. It needs to be fixed up so the kids can... View
News 17