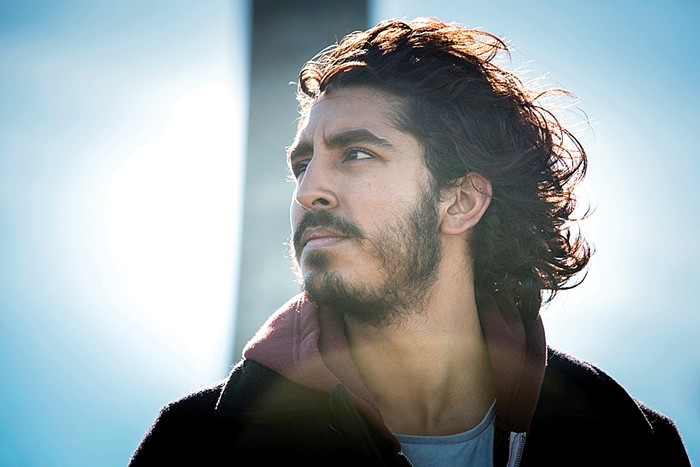 LION doesn’t need to roar to still seriously move you

Recent special-event screenings across the country of breakout Australian production, Lion, provided a welcome opportunity to finally get around to seeing this beautiful story adapted for the big screen. Even better, this was the director’s cut of what has now proven to be a global smash.

I remember when this story broke some five years ago in 2012. To see such a compelling and true tale get the feature film treatment was a very rewarding experience. Lion follows the story of Saroo Brierly (Dev Patel/Sunny Pawar), a child from India adopted by loving parents John Brierly (David Wenham) and Sue Brierly (Nicole Kidman). Saroo’s journey to adoption, however, was heartbreakingly unintended. The lengthy setting of scene and location filming throughout India during the opening stanza of the film conveys the plight of families, especially young children, throughout India – something which Lion’s production has sought to ameliorate via partnerships and funding to remedy situations suffered by street kids. As a young adult, Saroo experiences strong subconscious pangs which compel him to seek out his origins in India with the obsession turning into a quest to find his biological family.

Having brought us his debut screenplay in the form of Candy (2006), starring the late great Heath Ledger, Abbie Cornish and Geoffrey Rush, writer Luke Davies adapted the screenplay of Saroo’s story. Debut director Garth Davis was part of the team which broke the original 60 Minutes news story to Australian audiences. For a first feature film, Lion is a seriously impressive. The production portrays a beautiful part of the world rarely seen on the big screen. Saroo was raised by his adoptive parents in Hobart, Tasmania, and the city and its surrounds are a welcome celluloid sight. Apart from mainland Melbourne where Saroo would pursue further studies; Hobart, Marion Bay, Mount Wellington, Bruny Island, Cape Huay and Recherche Bay in Tasmania all feature and contribute an alluring Australian aesthetic which simply cannot be replicated elsewhere. Lion has proved the most significant production to date for the Apple Isle with a crew exceeding three hundred, international funding, and big-name-backing from executive producers Bob and Harvey Weinstein.

Despite the film technically lacking a ‘star’ – Dev Patel has been consistently nominated in Supporting Actor categories alongside co-star Nicole Kidman as Supporting Actress – the story is effectively Saroo’s to tell. Patel embodies a grown Saroo battling with a past buried in his subconscious, and agonises over the guilt he feels in seeking out his biological family despite his adoptive family’s loving upbringing. Lucy (Rooney Mara), Saroo’s girlfriend, only seeks to support him in his literal search for identity. As we chart Saroo’s life from boy to man, it is the adorably endearing Sunny Pawar who plays a young Saroo. Sunny is set to star in the Indian remake of Nicolas Winding Refn’s Drive (2011). Melbourne actor Sachin Joab, recently seen in Canberra for theatre production Disgraced, also makes his mark in a small part as a Melbourne friend of Saroo’s. The pair is set to grace our screens again in upcoming project Hotel Mumbai about the 2008 terrorist attacks.

Lion is an exhibition in show-don’t-tell film-making. Its restraint and sparse dialogue make for a moving mood piece which is deftly filmed. The location filming throughout Australia and India (Kolkata and Saroo’s village) is captivating. The photography and direction, especially in India, is quite exquisite. Slowly becoming more commonplace, drone photography done well – reminiscent of Sicario (2015) – is lending some real majesty to modern movies. Certain tracking shots in this film, paired with a standout soundtrack, made for some serious emotional release. What’s more, Dev Patel delivers a really respectable Aussie accent. Any foreigner credibly portraying our drawl is notable. For a notoriously difficult dialect, Dev Patel acquits himself particularly well. Since his breakout on UK TV in Skins back in 2007, he has been a revelation. That his development has brought him to the fore via a film down under is fantastic.

The story of Lion is a real cultural and artistic coup for Tasmania and, more broadly, Australia. I defy you not to cry.

yellowredme - 26 minutes ago
What makes this company think Canberra wants drones? They have ads on Facebook for gelato and banana bread delivery, along wi... View
Andrea Wild - 3 hours ago
Ian Bushnell, it's interesting that you call Wing's approach "softly-softly". I'd call it sneaky-sneaky. Why wouldn't they te... View
Property 8

Elroy Jones - 49 minutes ago
Kate Tricks it is exactly what we need. Why do you think houses are so bloody expensive here?? Because there aren’t enough! View
JC - 1 hour ago
Attractiveness is in the eye of the beholder. I often wonder how an ugly mug like me found a good gorgeous wife, turns out th... View
54-11 - 4 hours ago
I've been to 2nd and 3rd world countries where people are living cheek by jowl, and they can design some very attractive buil... View
Property 4