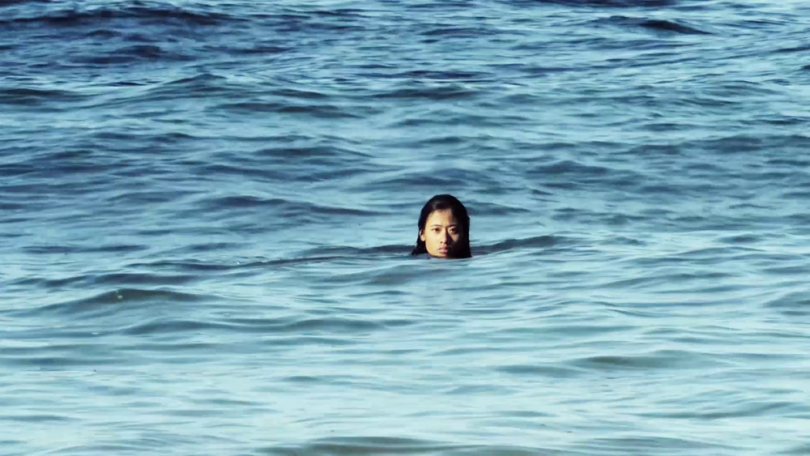 A still from Josh Owen’s work Treading Water which has earned him a finalists’ spot in the National Digital Portrait Prize.

For Canberra artist Josh Owen the personal is political, with his video work Treading Water – a commentary on the asylum seeker issue focused on the human beings at the centre of Australia’s immigration and detention centre policies.

The 25-year-old ANU Digital Arts graduate has been named a finalist for the 2017 National Digital Portraiture Award, which will be announced at the National Portrait Gallery on 1 December when an exhibition of the finalists’ work will be launched.

Treading Water tracks a young woman as she approaches from the sea, which is a source of great joy for Australians but also fear, as a means of invasion. She begins as a distant, foreign figure before becoming familiar as she struggles to stay afloat.

Josh said he wanted to put a human face on all the news about detention centres and immigration.

He admits to being no expert on the matter but sees it as a starting point for him and hopefully for the audience too, that “these aren’t just numbers, these are real people”.

The girl in the video is Paung Khaing, whose parents came to Australia as refugees from Burma more than 20 years ago.

“I’ve become aware of the issue through personal relationships, through seeing Paung and people like her, who I know really well and are these positive, active members of society who have this crazy background that you’d never really think about,” Josh said

“I don’t want to tell too much of her story. I want to focus more on the personal aspect of it.” 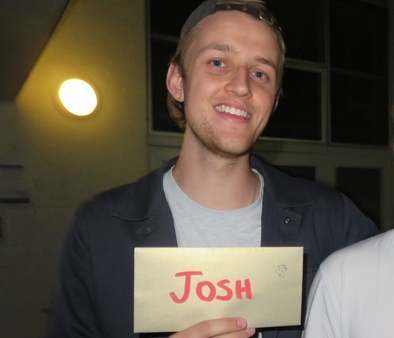 Josh Owen: the Canberran who made the finalists’ cut for the 2017 National Digital Portraiture Award.

The National Portrait Gallery defines digital portraiture broadly. It can be a movie, a stop-motion animation, a soundscape, a music video, a game or a bot, as long as it conveys notions of selfhood and identity.

Josh works mainly in video, with his camera and laptop his tools of the trade, although he is experimenting more with painting and prints.

He says digital art can be a difficult concept for people to grasp, especially that the work needs to be shown.

“You can’t hang it in a gallery in the same way you would for a photo or a painting. It’s got to be installed with proper sound or as part of a bigger installation,” he said.

He uses all kinds of different software but finds the pace of technological change means he needs to update his gear regularly, although the cost has come down over the years to make it more accessible.

However, for this work, he borrowed a camera from friends to achieve the desired production values for an entry to a national competition.

Josh grew up in Canberra and is a Lyneham High and Dickson College alumni but is in no hurry to leave the capital to further his art, seeing a lot of creativity here.

“I feel like Canberra has a bit of stuff happening at the moment. It’s worth sticking around for a bit longer,” he said.

“Lots of friends have moved with the dream of making art in Sydney or Melbourne and then the reality of having to work at other jobs to afford it has made it difficult. I’m slowly building a network of people here.”

If he wins on 1 December the $10,000 prize may mean he won’t have to borrow a camera again, but he is grateful just to be in with a chance.

“Even making it this far is so good, it’s such a pro-looking thing to have a national institution recognise your work,” he said.

The finalists’ works will be exhibited at the National Portrait Gallery from 1 December 2017 to 18 February 2018.

What do you think of Josh’s depiction of the refugee crisis in Australia? Do you think the arts is a good way of facilitating change? Let us know your thoughts by commenting below.