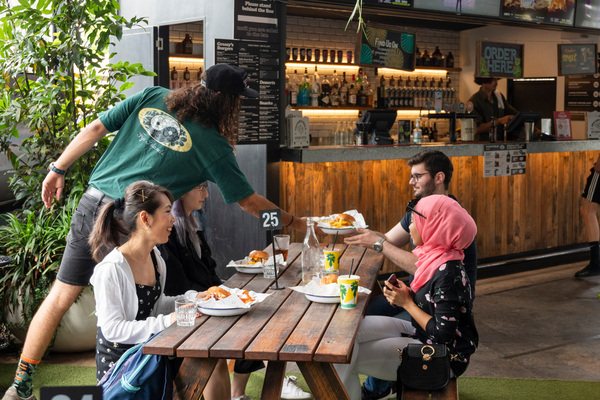 Does it get much more Canberran than a burger at Grease Monkeys? Photo: ACT Government.

The ACT Government has put together a swanky new digital toolkit in the hopes it will help attract international students back to the Nation’s Capital.

Prior to the pandemic, more than 18,000 international students studied in Canberra every year making international education, according to the Territory Government, the ACT’s first billion-dollar-a-year industry.

Each student is thought to contribute around $50,000 to the ACT economy through tuition fees and other living expenses.

Recovering this sector has been described as a “key economic priority” by the ACT Government.

Throughout the pandemic, international students have, like others, been either locked out of the country entirely or required to undergo strict testing and quarantine requirements upon arrival.

The return of face-to-face learning on campus at the ACT’s major tertiary education providers this year had been touted as vital in encouraging students to return to Canberra.

Now, the government says its digital toolkit has been designed to showcase the lifestyle and opportunities Canberra offers, with current students sharing their own experiences of living, working and studying in the ACT.

It contains a range of videos, student testimonials, brochures and city guides aimed at both international and domestic students.

Many of the videos highlight Canberra’s packed events calendar, its proximity to and abundance of green spaces and its somewhat unique position as a much smaller city than most capitals.

Other videos feature international students telling their stories of success at university and beyond.

University of Canberra’s future students pro vice-chancellor Chris Gartner described international students as a critical part of creating a vibrant campus culture – which is on its way back to UC, slowly.

“While we are seeing levels of enrolment approximating what we saw in 2019, I would add that we can’t be complacent because the world has a lot of options for people looking for an international education and we need to continue to promote Canberra,” he said.

Mr Gartner said he wasn’t aware of international students being hesitant to return to Australia after the last two years of strict border controls.

He welcomed the government’s efforts and the efforts of Study Canberra to have engaged with the University before developing the resources.

“What’s in the toolkit at the moment has [focused on] things like student voice and diversity of student voice, which are both important aspects of how we communicate the benefits of studying [in Canberra],” Mr Gartner explained.

He also noted that many students seek out cities with strong employment outcomes – just like Canberra – which has also been highlighted in some of the videos. 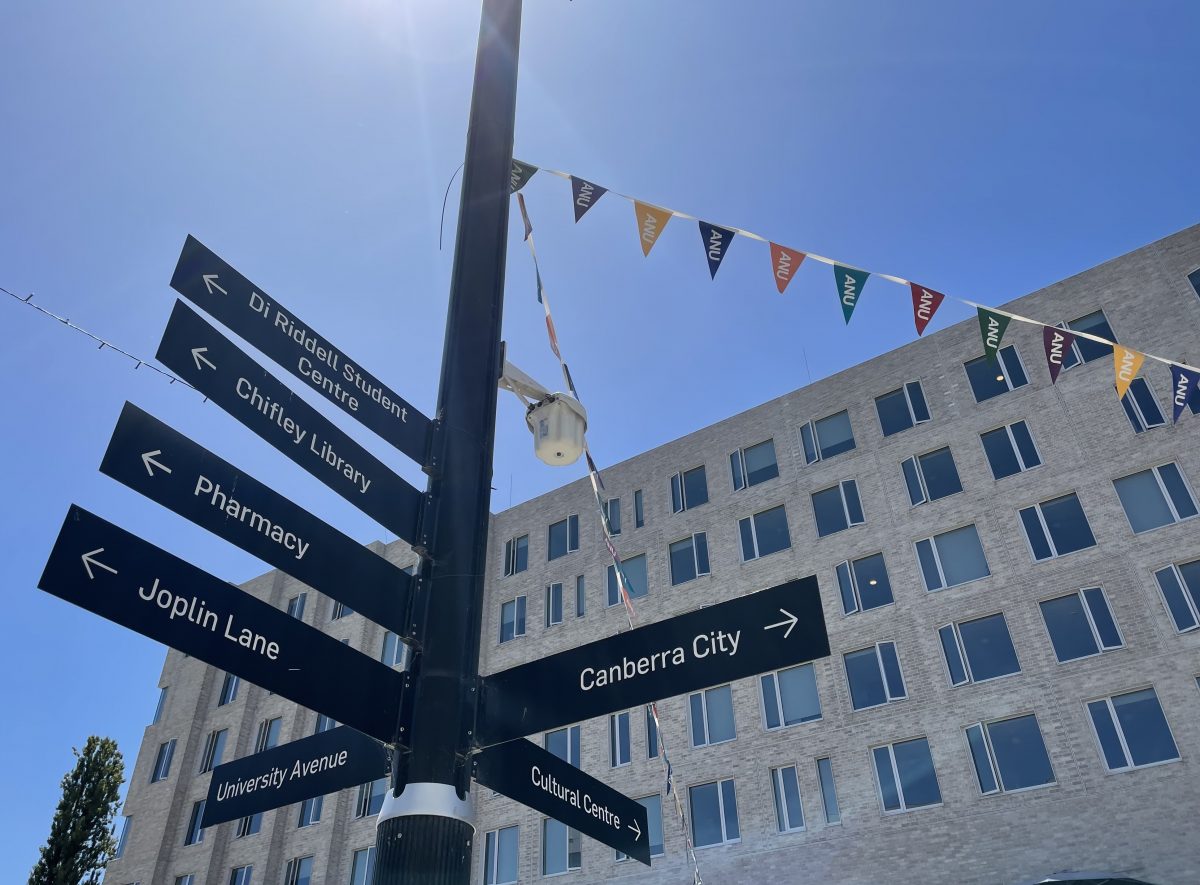 International students have returned to ANU after a two-year hiatus. Photo: Laura Liu.

A spokesperson for the ANU said international students make a massive contribution to our classrooms, campus and the local community.

“Students choose to study in Canberra because of world-class universities like ANU, as well as the exceptional quality of life they enjoy.

“Showcasing Canberra is a key part of attracting students to study here, so it’s great to have a suite of new tools to help us do this.”

ANU didn’t respond to questions about how many international students were enrolled this year.

The Canberra promotion is an okay idea, if a bit dated. First thing I did was search for resources on “innovation”. What came up were photos of Petr Adamek and Rachael Greaves from
Canberra Innovation Network, and a couple of photos of the Mugga Lane Solar Farm. Those are relevant, but more pictures of students would be good, perhaps from CBRIN events. The bigger problem is that the toolkit doesn’t make the materials immediately available, you have to “order” them. Also most students now study mostly online, so in what city, or country, the campus is has less relevance. Of course as the student spends hardly any time in a classroom, a nice region will be a bonus. https://blog.highereducationwhisperer.com/2022/05/canberra-toolkit-for-international.html