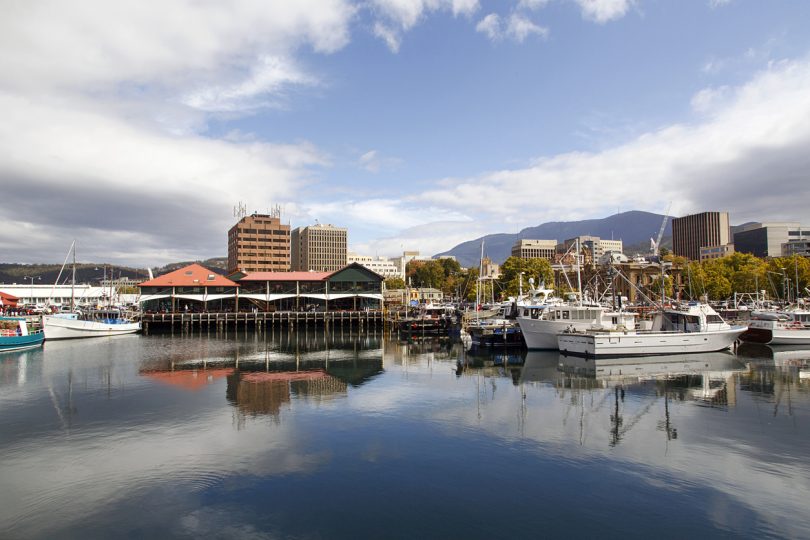 Canberra has re-forged tourism links with Hobart with the resumption of direct flights to the Tasmanian capital, the first since 2013.

Link Airways today launched its four times a week return service after the Tasmanian Government’s recent announcement to open borders to the ACT from 26 October and to NSW residents from 6 November.

Canberra Airport said the two-hour flights had been increasingly popular since the announcement of the new service four weeks ago, with the first four flights sold out.

Link has responded to the demand, adding additional services for passengers looking to travel before the end of the year.

Canberra Airport’s head of aviation Michael Thomson said the support for the new service was pleasing and he believed that it was another boost for the region as it recovers from the COVID-19 pandemic.

“We are delighted to see the steady return of aviation with flights consistently increasing each week as border restrictions ease across Australia and, with more flights and more destinations on offer like Hobart, we are confident that this will continue,” Mr Thomson said.

The 34-passenger seat Saab 340B Plus aircraft will service the Canberra-Hobart route. Photo: Link Airways.

Link Airways CEO Andrew Major said the airline was delighted to expand its network, connecting Canberrans with Hobart and to offer Hobart residents the opportunity to visit the nation’s capital.

“As borders reopen, we’re delighted to be a part of reconnecting loved ones who have been separated due to COVID, as well as supporting the local tourist economies of Canberra and Hobart,” he said.

”The demand for this route has been there from the beginning, so we’re particularly pleased to now facilitate the route.”

He said the new partnership between Link Airways and Canberra Airport – two Canberra-based companies – had come at just the right time.

”We’re excited to see what the future holds. Already, we have introduced an additional route between Canberra and Newcastle, taking off from Friday, 20 November,” Mr Major said.

In 2021, the service will grow to 11 return flights per week on the 34-passenger seat Saab 340B Plus aircraft.

Link Airways is owned by Corporate Air, one of the longest established aviation service providers in eastern Australia, and currently operates airline services from Brisbane, Sydney, and Melbourne to nine destinations in Queensland and NSW.

Virgin was the last operator to fly direct to Hobart.

Kelly Irvine Want to go there for Xmas ?