Domestic and family violence is a reality for LGBTIQ+ people: here’s how to get help 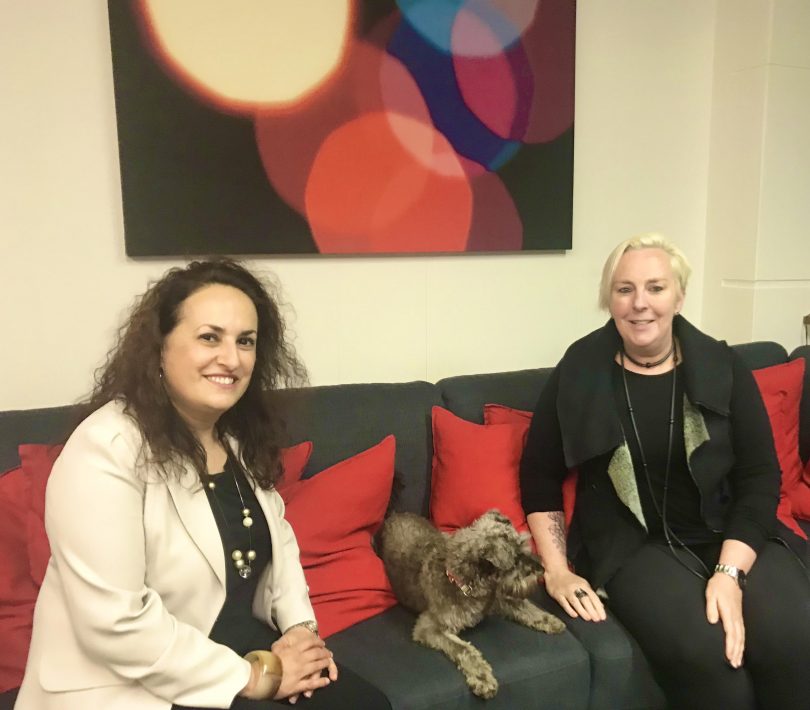 Well into the third decade of the 21st century, same-sex attracted, or transgender people – or anyone who varies from the heterosexual norm – can still face discrimination and stigma. And that, unfortunately, is one of the reasons why it’s still important to raise awareness of family and domestic violence in the LGBTIQ+ community.

“It’s something that affects this group, too. The definition of this violence is not just what happens between current partners – it can be family members, past partners, many different kinds of relationships.”

DVCS has partnered with AIDS Action Council (soon to be renamed Meridian) to launch the inaugural LGBTIQ+ domestic violence awareness day in the ACT on Thursday, 28 May. Also marked by organisations around the country, the day originated in Queensland with police who wanted to draw attention to the fact that all sorts of people can fall victim to family or domestic violence.

AIDS Action Council CEO Philippa Moss makes the point that while same-sex relationships are now recognised formally in Australia, that’s not necessarily the case in some families and cultures.

“If people around you think that your relationship is not a real thing in the first place, then they might not place violence in that context,” she says.

“The violence can be physical and psychological. It can be around people being outed when they don’t want to be by family or friends, or even situations where people are threatened or blackmailed with being outed around their gender or sexuality.”

Sonia identifies power control and manipulation as causative factors in these situations.

“It’s really up to a person if they want to out themselves about gender or sexuality – nobody has the right to disclose that without permission. Manipulation can also be forcing someone into a more masculine or feminine role through family pressure. That’s a form of abuse, too”.

DVCS and the AIDS Action Council have collaborated to work out how their organisations can work more closely together and encourage wide-ranging conversations about the prevalence of violence. Both feel that people in the LGBTIQ+ communities can face extra complexity as their relationships may not be recognised as valid in the first place

“People have a right to live free of abuse and also stigma,” Sonia says. “And they need to be able to access the support they need without feeling they have to explain themselves at length.”

Philippa says attitudes are changing towards same-sex and other relationships, but that’s all the more reason to bring conversations about violence into the public realm.

“The stigma gets internalised. People don’t value their own relationships and empower themselves to see the reality of a bad situation. They’ll continue living in unsafe relationships because of that discrimination,” she says, noting that can often particularly be the case for transgender people

The DVCS crisis intervention team can provide support and referrals for everyone who needs help. They also run a staying-at-home program for people who have left domestic and family violence situations and are trying to move on with their lives. Additionally, there are support groups for women and children.

The AIDS Action Council also offers the Westlund counselling service which is peer-led and community-controlled, operated by professional, qualified staff.

And the message from both organisations is that if you speak up about living with family or domestic violence, you will be heard and helped.

“You don’t have to live with domestic or family violence,” Sonia says. “There’s support available from both organisations. This is not something you need to put up with.”

You can find out more about the support DVCS offers here, and the services you can access from the AIDS Action Council here.

If you or someone you know is in life-threatening danger, call 000.

Really worthwhile cause being promoted here. Thank you for sharing this and supporting!

Le Pavoux Matt - 12 minutes ago
Scott Clegg don't worry mate, we will celebrate for you. View
Daniel Duncan - 27 minutes ago
No, keep it on the 26th of Jan. View
Meta Gooch - 56 minutes ago
Does it matter what colour a person's skin is it is the person that is important we have friends from different parts of the... View
Opinion 21

Kyle Rollinson - 27 minutes ago
Plan?? Except for more blocks of flats, and added “vibrancy”, what actual plans exist? View
Lizzie Christiansen Young - 2 hours ago
So true. Lots of cyclists and drivers trying to fo the right thing but many others just won't. A plan would really do well in... View
William Coats - 3 hours ago
I often feel unsafe walking on shred paths as heros trying to break soe sort of record wiz past of their bikes. i wish some c... View
Property 36

Jon Billows - 3 hours ago
Shane Jasprizza respectfully disagree on all counts View
Josh Wilko - 5 hours ago
Mountain biking View
Shane Jasprizza - 18 hours ago
We have some of the best beer, wine and spirits producers in the country. View
Food & Wine 8

Carly Maree - 15 hours ago
I love how people act surprised when this city has some of the worst crime I’ve ever encountered? I lived in Sydney for 8 y... View
News 1

HiddenDragon - 18 hours ago
The report aired on ABC Canberra news tonight about the devastating impact of the hailstorm on important crop resilience rese... View
show more show less
*Results are based on activity within last 7 days

The only international travel I am doing this year is with my tastebuds and this week they are journeying to...
*Results are based on activity within last 7 days

It's the week before the national holiday that causes division across the country, so it wouldn't be right for me...
News 36

The victim of an attempted bag-snatch outside Belconnen Mall last Sunday (10 January) says her impression of Canberra as a...
Property 36

Corunna Farm at Corunna is one of those rare properties which represents a generational opportunity for a landmark holding on the...
News 34

Domestic violence survivors are finding their Voices for Change

@The_RiotACT @The_RiotACT
Explainer: Why shark activity has increased along the NSW South Coast this summer https://t.co/xrBtoEVpEC (1 hour ago)

@The_RiotACT @The_RiotACT
ACT Policing has issued a reminder to motorists that double demerit points come into effect at midnight on Friday, 22 January, ahead of the Australia Day weekend https://t.co/6EVYMFvIh5 (3 hours ago)