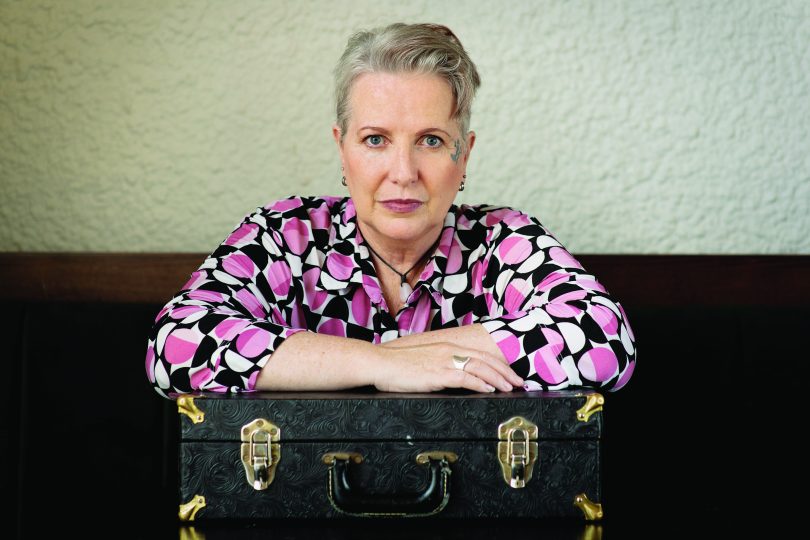 Dorothy-Jane Gosper will perform an emotive story of empowerment from her latest album, The Witness, at Smith’s Alternative on Sunday, 29 November. Photo: Supplied.

When Canberra musician Dorothy-Jane Gosper sang for the first time about her story of child abuse, family breakdown and having no safe place to live, she thought she had removed the demons of the dark subject matter.

Her first performance of her latest album, The Witness, at the Austrian Australian Club in Mawson on 6 November didn’t pull any punches, but delivered a knockout message of a journey through hell after witnessing her then-husband sexually abusing a young child in her home.

“I thought I would be able to keep myself removed from the topic, but I couldn’t so it was a very emotional performance,” Dorothy-Jane, known to many as DJ, tells Region Media.

“It was like revisiting the events all over again.”

Those events covered in The Witness occurred in 2016, and Dorothy-Jane’s ex-husband is in prison. The child involved in the incident is aware of the album and supportive of its release.

Dorothy-Jane will perform the album again on Sunday, 29 November, to another captive audience at Smith’s Alternative in Civic. She says a few more performances will help begin to ease the emotion of the songs as she performs the album in full. 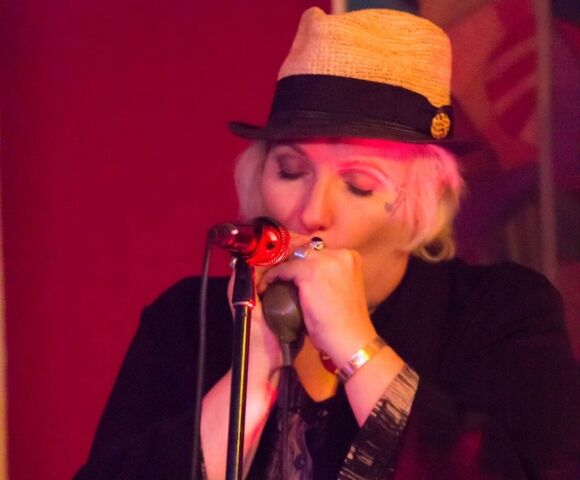 “It’s cathartic to write an album such as this,” she says. “It puts things in order. Then the recording and hearing it on an album and performing it live is like letting it all go.”

Dorothy-Jane says the album, her ninth, is a story of resilience and hope about aspects of child sexual abuse that may not be apparent to those who have not experienced it.

The seasoned performer in the Canberra music scene describes it as her most important work yet. The album was recorded in Canberra and features local professional musicians.

“I had to make this album, not only as a way to heal and process what I and others have been through, but also to help remind others that not only does this type of abuse happen every day, but that it is possible to expose it, to find justice and to grow beyond it,” says Dorothy-Jane.

“In telling my story, I hope people have the courage to call out abuse where they see it; to question where they suspect it, and to be ready to help those facing abuse to make that difficult step of telling someone about it.”

Dorothy-Jane says the reaction to her first performance of the album made telling the story worthwhile.

“The reaction was very respectful and I was really pleased not to send them away depressed,” she says. “It inspired a conversation.

“I don’t skirt around the edges of the story. I say it for what it is and I do that to give people words for their own conversation, but to also hold my ex-husband accountable.

“I lost a lot by reporting my husband to the authorities, and the ordeal that followed, but I’d do the same again.”

Dorothy-Jane says people hold onto issues similar to hers until it’s too late, and she is currently living with stage-four metastatic breast cancer.

She says she is recovering now and is focused on speaking up for others who have been affected by family trauma.

“There is no doubt things have improved,” she says. “As a girl, I was inappropriately touched by a family member. It happened in front of other family members. I objected loudly, but when I looked to the women in the room, they carried on as if nothing had happened.

“I wish someone had spoken up for me, but I think they didn’t know what to do and just accepted it. It’s good that by 2016 things had changed and my husband was stopped as soon as we found out. But abuse is still going on and we need to stay vigilant to help protect more kids.”

You can see Dorothy-Jane perform songs from The Witness at Smith’s Alternative on Sunday, 29 November, at two shows from 4 pm and 5:30 pm.

Tickets are available from Smith’s Alternative, but are limited due to COVID-19 restrictions.