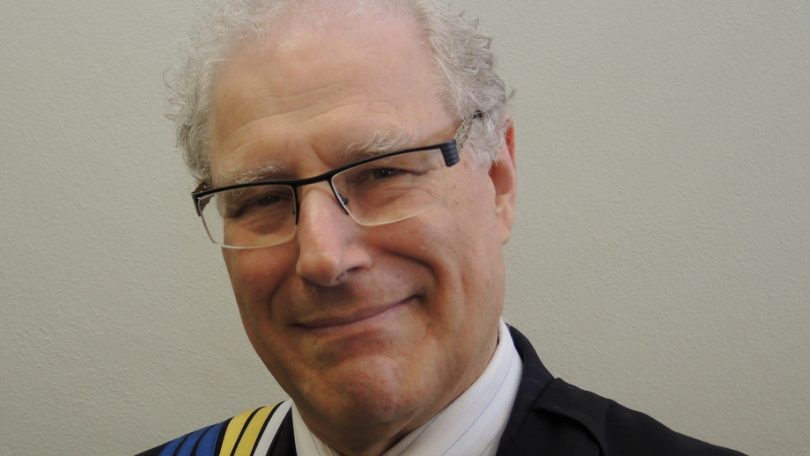 Drug criminalisation does not reduce drug use and often escalates it, according to retired judge Richard Refshauge. Photo: ANU.

A former ACT Supreme Court Justice has called for the decriminalisation of drugs, saying the Territory needs to instead focus on a harm-minimisation strategy as criminal justice policies are not working.

Removing criminal prosecutions for personal use and possession of small amounts of illegal drugs would reframe the use of drugs as a health issue and support vulnerable people in receiving the help they need, retired Justice Richard Refshauge said.

“Decriminalisation is really important because the harm that drugs do is magnified by the involvement of small-time users in the criminal justice system for two reasons,” he said.

“One is it ultimately does not reduce drug use and often escalates it, but also it brings people who have not breached major social norms into situations which make it more difficult for them to participate in the community.

“Having a criminal conviction can prevent a person from securing employment, cause relationship breakdowns, and even lead to poverty and homelessness.”

Being trapped in the criminal justice system can lead to users reoffending and costs significant taxpayer dollars to go through the courts and jail the offender, says Directions Health CEO Bronwyn Hendry.

“All the evidence tells us that criminal penalties do not reduce drug use, yet two-thirds of Commonwealth Government drug strategy funding is spent on law enforcement,” she says.

“Currently only a small portion of people with problematic drug use receive the assistance they need.

“Importantly, the person would not have a criminal record simply for personal use or possession of small quantities of illegal substances that will impact their ability to gain employment or participate in other community activities.”

Despite Australia’s National Drug Strategy having three pillars of harm minimisation, 66 per cent of funds that are allocated to respond to illegal drugs is spent on the first pillar of supply reduction. Treatment programs receive 32 per cent of the budget while the third pillar – harm reduction – receives only 2 per cent.

The Directions Health position paper says that a health-first approach would still impose penalties for drug use, but would ultimately reduce the cost to taxpayers by keeping the offender out of the criminal justice system.

“Civil or administrative sanctions, such as a fine or other conditions, may still be imposed, and any illicit drugs found by police confiscated,” the paper says.

Decriminalisation has the potential to reduce crime rates by providing an opportunity to intervene before a person’s drug use becomes more serious.

Ms Hendry says incarceration rates for illicit drug offences have increased over the last decade by 64 per cent.

“Australia has the highest rate of policing drug use in the world. In the last 12 months, 81 per cent of drug offences were for personal use, not supply,” she says.

“Aboriginal and Torres Strait Islander people and other disadvantaged populations are disproportionately represented.

“Australia needs to introduce a holistic, harm-minimisation based approach in order to have a chance at decreasing our high rates of incarceration and overdose deaths.”

While opponents of decriminalisation often point to the fact that users know the consequences of engaging in illegal activities, Justice Refshauge told Region Media that laws need to serve a social purpose, and the current laws are simply not working.

“What we know is that at the moment making drugs illegal enhances and exaggerates the harm drugs do,” he said. “A good example is Prohibition in the United States. What happened was it didn’t reduce the consumption of alcohol but did all sorts of other bad things.

“In other instances, you can show a relationship between the breaches of the law and the criminalisation of those incidents in reducing breaches. We all know if you get a speeding fine it makes you drive more slowly but with drugs, the process is much different.

“The evidence from 23 countries around the world where decriminalisation is now in play is that it reduces incidents of drug use and increases the rehabilitation of addicts.”

Portugal decriminalised all drugs in 2001 as high rates of heroin use plagued the country and ended up seeing a 60 per cent increase in people seeking treatment, as well as drug use go down in almost every category.

To achieve similar results, Directions Health says the government can either pass new legislation or encourage police and law enforcement to use discretion and stop those caught with small amounts of drugs from being ushered into the criminal justice system.

The paper also stresses that manufacturing, distribution and the sale of illicit substances would still remain a criminal offence under a decriminalisation approach.

It should be kept illegal so as not to send the wrong message but it could be treated more as a parking fine with an option to wavier this fine if medical treatment is undertaken. Next question, how is our already stretched health system going to cope?
Also we have been spending millions of dollars on getting people to stop smoking (a legal substance) yet I don’t remember seeing much on illegal drugs??

We’ve been down this path before.

First it is decriminalisation, then legal for “medical use” then full legalisation.

But of course the supporters aren’t honest enough to come out and say that. They want to deceive us step by step.

We saw it with cannabis and predictably there will now be a move to follow the same path with other drugs.

Anthony Chase - 13 minutes ago
Too much ' conversation' and not enough action. View
Acton - 1 hour ago
I enjoyed watching the new olympic sports of skateboarding, bmx trick cycling and scampering up a wall in 7 seconds (rockclim... View
Lisa Smith - 1 hour ago
I love that you can choose whatever sport you want to watch at any time. The app is great. I have watched at least a bit of e... View
Breaking 3

GrumpyMark - 33 minutes ago
Agreed. It’s time to up the ante on these selfish ignoramuses and charge them with a criminal offence, such as reckless end... View
Community 20

Capital Retro - 33 minutes ago
This is how "all that seldom used (and vacant) church property" is being recycled in Paris: https://www.thelocal.fr/20150615/... View
Annie May - 4 hours ago
Can't the government even Build tiny houses? So sad .... View
Peter Doyle - 11 hours ago
What has covid done this View
Property 4

chewy14 - 41 minutes ago
Not really, it's a failing golf club with a chance to stay afloat through redeveloping some of the land. What do you think wi... View
chewy14 - 43 minutes ago
In its current form the golf course is not viable long term and this proposed development should provide that long term viabi... View
News 4

Paul Berger - 1 hour ago
Mazzie Woodward I guess you have trouble with basic comprehension, the article was talking about making it harder for childre... View
Richard Willcoxson - 2 hours ago
Well they should probably just grow they’re own pot instead. It’s legal now in the ACT and doesn’t contain harmful nico... View
Daniel Widdowson - 11 hours ago
Regardless of whether you vote Lib/Lab/Ind… If you look into Marisa Paterson’s work, you’ll find she’s pro a healthy... View
Community 2

assiduous - 10 hours ago
The ACT government is culpable for expensive housing in the ACT. Government spending on support programs is treating the symp... View
Food & Wine 17

whatwik - 11 hours ago
Another recommendation for the food, coffee, and service at Kopiku at O'Connor (we were there again today). And a bonus - the... View
Daniar Robinson - 12 hours ago
Good article. If you miss Indonesian food or would like to try, there are 3 now in Canberra (that I know) Good Life Food , Ki... View
Property 3

bj_ACT - 11 hours ago
I believe property flipping is pretty rare in Canberra and less than 1% of sales. But may become a bigger issue going forward... View
News 7

The owner of the historic St John's Orphanage at 52 Mundy Street in Goulburn has been ordered to demolish the...
Food & Wine 66

Australians have been devouring the humble meat pie for hundreds of years. There’s something so satisfying and comforting about the...
Opinion 36

Canberrans are being urged not to flush away the ubiquitous wet wipe in a bid to reduce the amount of...
Community 20

@The_RiotACT @The_RiotACT
How do you rate @Channel7’s coverage of the Tokyo Olympics? Given the circumstances, Tim Gavel, who's commentated at seven Olympics, says it's been remarkable https://t.co/YMoHbEE7Md (2 hours ago)

@The_RiotACT @The_RiotACT
If you ask our readers, we're too small and it's too costly to make a Canberra Olympics feasible. This week's poll is about public service dress standards. Should your employer have to consult you before they implement a dress code? https://t.co/NU2fW5Sb2w (11 hours ago)

@The_RiotACT @The_RiotACT
A powerful image of drought-stricken Australia has won the 2021 National Photographic Portrait Prize after a tumultuous year. It was one of many incredible representations of a year we'll never forget https://t.co/uVba05rxOh (12 hours ago)