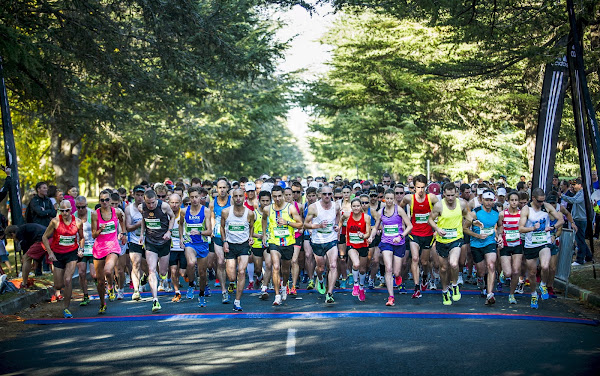 Attention people with great legs and a love of pain and sweat, your event approaches!

Any keen running Rioters out there. I started getting into running whenI’ve finally hit that age where I can’t eat whatever I want without having to buy progressively larger trousers, but I’ve never gotten enthusiastic enough to try a running event like this.

Runners, walkers and joggers can get a head start on New Year’s fitness goals by signing up to the Australian Running Festival, held on Saturday, April 12 and Sunday, April 13, 2014 in Canberra.

For the first time, all five courses will be a one-lap route, exploring the beautiful Canberra lakeside and surrounds. A new starting area will see all events start from outside Old Parliament House.

With events suitable for all abilities, the Australian Running Festival encourages everyone including serious runners, joggers, wheelchair athletes, and pram-pushers to take part.

More than 10,000 runners are expected to take part in the festival that includes the Ultra Marathon (50km), The Canberra Times Canberra Marathon and the Half Marathon, along with the adidas 10km and 5km fun runs.

The Australian Running Festival 2014 also introduces a Gold Charity Program for those who would like to make fundraising the focus of their half marathon or marathon experience.

@The_RiotACT @The_RiotACT
How do you rate @Channel7’s coverage of the Tokyo Olympics? Given the circumstances, Tim Gavel, who's commentated at seven Olympics, says it's been remarkable https://t.co/YMoHbEE7Md (25 minutes ago)