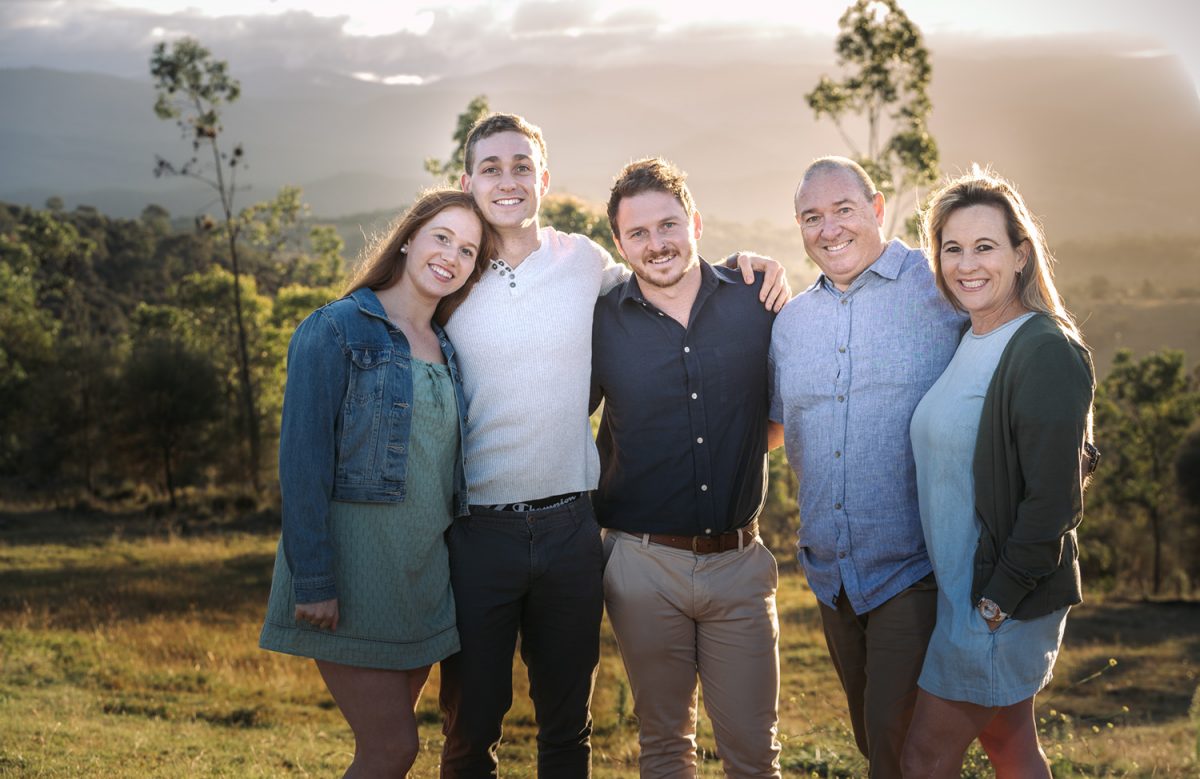 It’s been a quarter of a century since Anthony Ratcliffe started as head honcho of Eastlake Group, but he has good reason for remembering the exact date.

“My son had been born three days earlier. I rushed over to the hospital to see my wife then rushed back to work.

“I couldn’t take too much time out – I had only just started!”

Besides, with the Eastlake Football Club in “a fair bit of debt” and the ACT Gambling & Racing Commission on his case about various issues, he had his work cut out for him.

But as the CEO approaches his 25th anniversary at the helm, it’s a very different picture today, thanks in no small part to his dedication and readiness to embrace change.

“Whenever a new leader steps into a role, they try to leave their mark,” he says.

“We took some risks with the business.”

One was to relocate the bistro from upstairs to downstairs, where it took over an empty auditorium. It turned out to be a transformative moment for the club.

“Rather than diners bypassing all the action and disappearing upstairs, all our members mingled downstairs where the bar and gaming were,” he says. 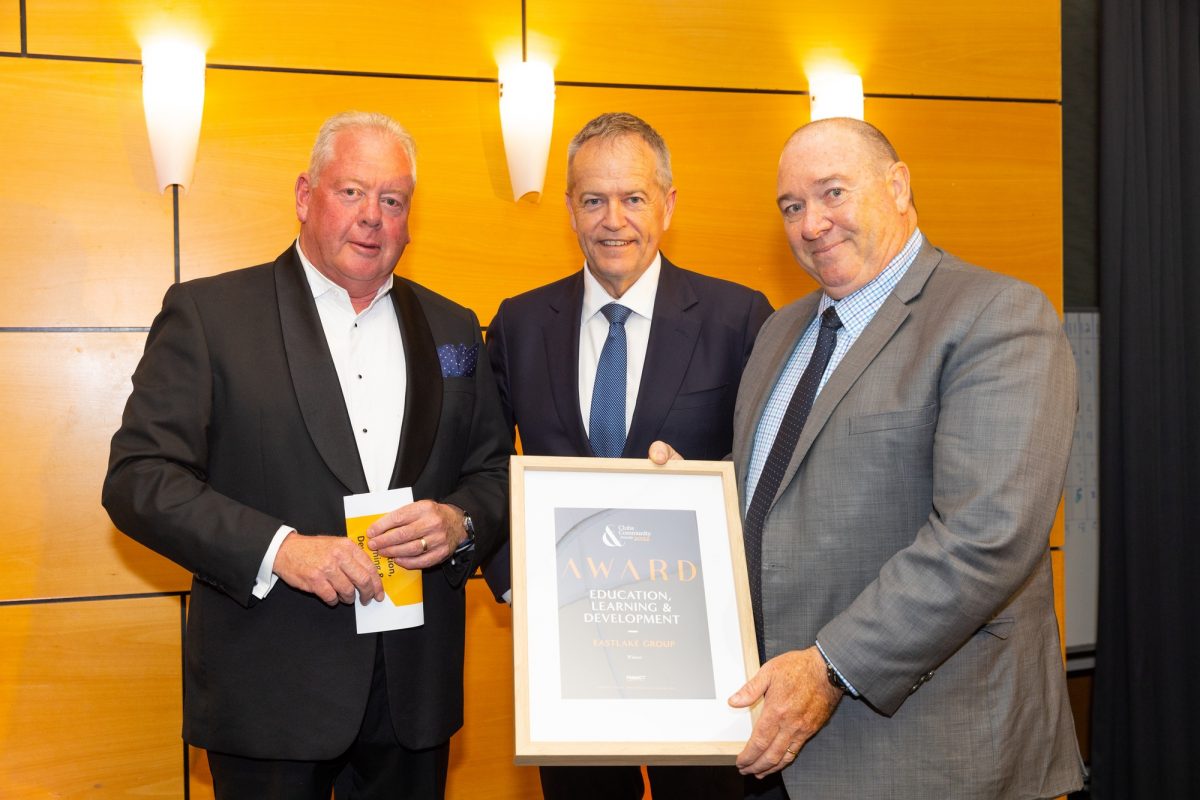 This was one of many major changes the club has seen during Anthony’s tenure.

Having begun in the ’90s, he watched as a little thing called the internet quickly permeated every area of the business.

“I remember the Y2K bug that never eventuated,” he laughed.

“We had to plan and put processes in place to protect our data and systems.”

That year, GST came into effect and a new POS system and pricing were rolled out.

Anthony was also there when Eastlake stopped being a club in Griffith and became the Eastlake Group, acquiring and building clubs in Calwell, Kaleen and Gungahlin.

Then COVID hit, signalling the biggest challenge to the club Anthony had seen in his two decades there. 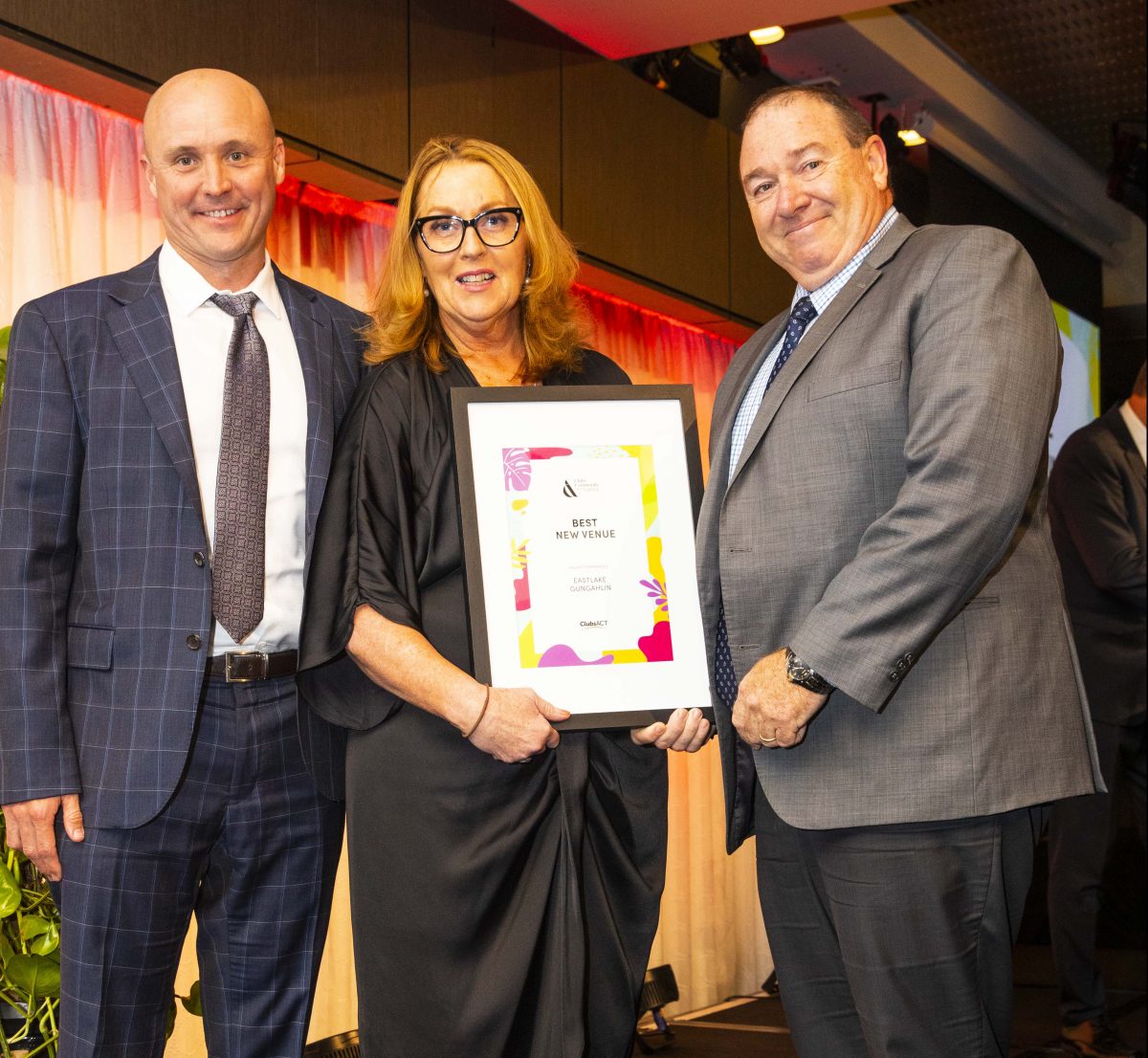 Eastlake Group chair of the board Lorin Joyce (left) with Anthony at an awards ceremony. Photo: Eastlake.

While JobKeeper was a big help for staff retention, the club suffered losses like everyone else.

Food was sold off where possible, but much was tossed out. Keg after keg of beer literally went down the drain.

Chair of the board Lorin Joyce said while Anthony had always been an asset to the club, COVID in particular proved it.

“He has been instrumental in the club’s success over the years, but how he handled that was truly a testament to character,” he said.

“His position was that if we stood staff down, he’d have to be stood down first. That’s him, putting the club and its staff first. He’s such a loyal individual; he lives and breathes Eastlake.”

Lorin said annual reports showed that since Anthony had come on board, the club had seen 15 per cent growth year on year.

“For any investment, you’d be pretty happy with that,” he said.

Today Eastlake Football Club remains a Griffith institution, even as it tackles the rampant inflation and skills shortages plaguing the industry at large.

Anthony said the club was coming at the latter from several angles.

Aside from offering traineeships and apprenticeships, the club is partnering with educational institutions such as CIT to engage with potential employee pools and is participating in the Ginninderry SPARK program, which has already resulted in multiple new hires. 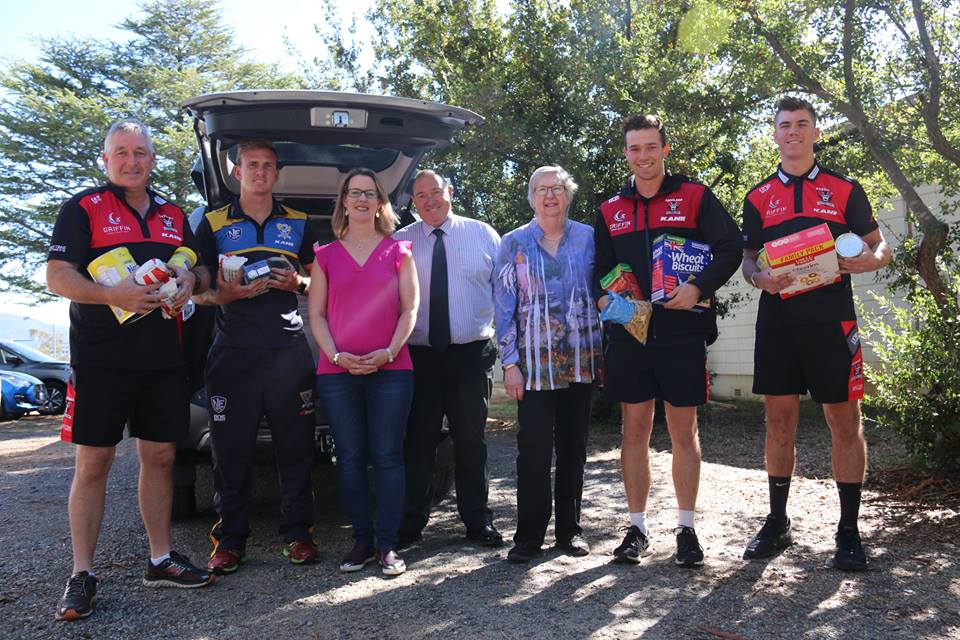 Anthony during a donation campaign with the Eastlake Demons. Photo: Eastlake.

But perhaps the most significant drawcard for talent is what Anthony says is also his greatest contribution to the business in his tenure.

“It’s an environment where people can enjoy coming to work and has bred a team of capable, professional people who take excellent care of our members.”

Despite the rollercoaster – or perhaps, because of it – it’s clear Anthony is far from ready to get off any time soon.

“I love it. No sooner have you completed a job, overcome a hurdle or celebrated a success than the next thing comes into view,” he said.

A great article written about a man that has made a great contribution to the community. I had the opportunity to work for Anthony for several years and really enjoyed being a part of the Eastlake family, bravo. 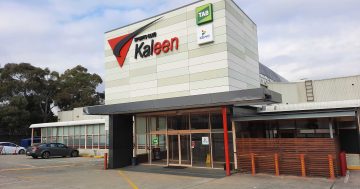