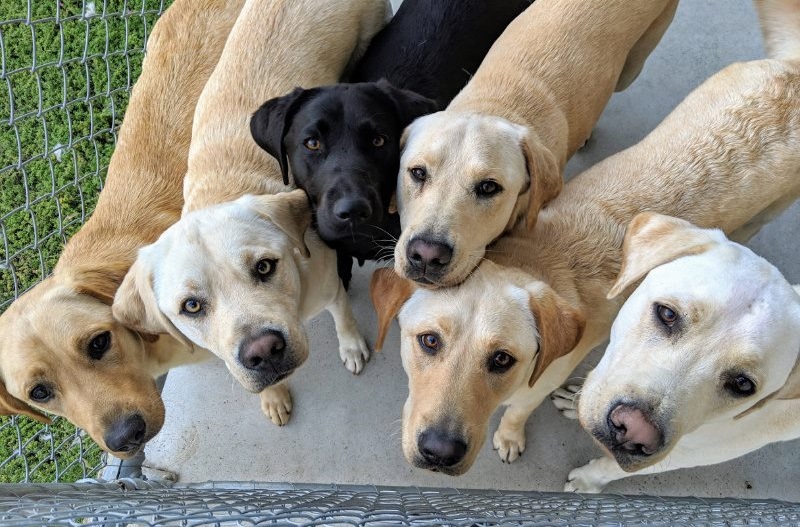 Come and cuddle a guide dog at a ‘Pat and Chat’ event in Canberra. Photo: Guide Dogs Australia, Facebook.

Scott Grimley joked when he made the decision to apply for a guide dog – the gender, breed, colour and size didn’t matter.

“The main condition I had for my guide dog was that he could see,” he said.

The Belconnen man is part of the low-sighted community, and had previously used “tricks” and a cane to help him navigate the streets and his work.

But three incidents in “rapid succession” in 2016 convinced him that it was time to apply for a guide dog.

“I was smacked above the left eye each time, first by a tree branch and then a ‘no parking’ sign,” Scott said.

“The third was when I was working at the National Museum of Australia, I slammed into a pole, my cane just missed it.”

He originally applied for a guide dog in May 2016, but put himself on hold due to family illness. He made his application active again in 2017 and learned he had a match in late December.

They then underwent a five-week training course with people from Guide Dogs Australia in Canberra, so Dudley could learn the suburbs and Scott’s workplace.

Those who have guide dogs are known as ‘handlers’, which Scott explained was because they had to work as a team.

“We’re still in control of the dog, but they have ‘controlled disobedience’ for when we might want to cross the road but there’s a car coming.”

But there are a lot of boxes you need to tick before you can have a guide dog.

“You’re not just blind, but someone who is active and also have another way you can get around in case your dog is injured,” Scott said.

“They also need to see, you know, how to look after an animal.”

Scott lost his sight progressively and wasn’t legally declared blind until he was 28.

For the following 10 to 12 years, he had “little tricks” he used to get around, such as particular ways he walked to work.

Other low-sighted people might use shadows, noises, lights and smell to get around.

Scott still has some sight remaining, but it’s limited to the point that he can only see fingers moving when they are less than 10 centimetres away.

“So if a bus is coming at us, I won’t recognise it as a bus until it’s less than six metres away,” he said. 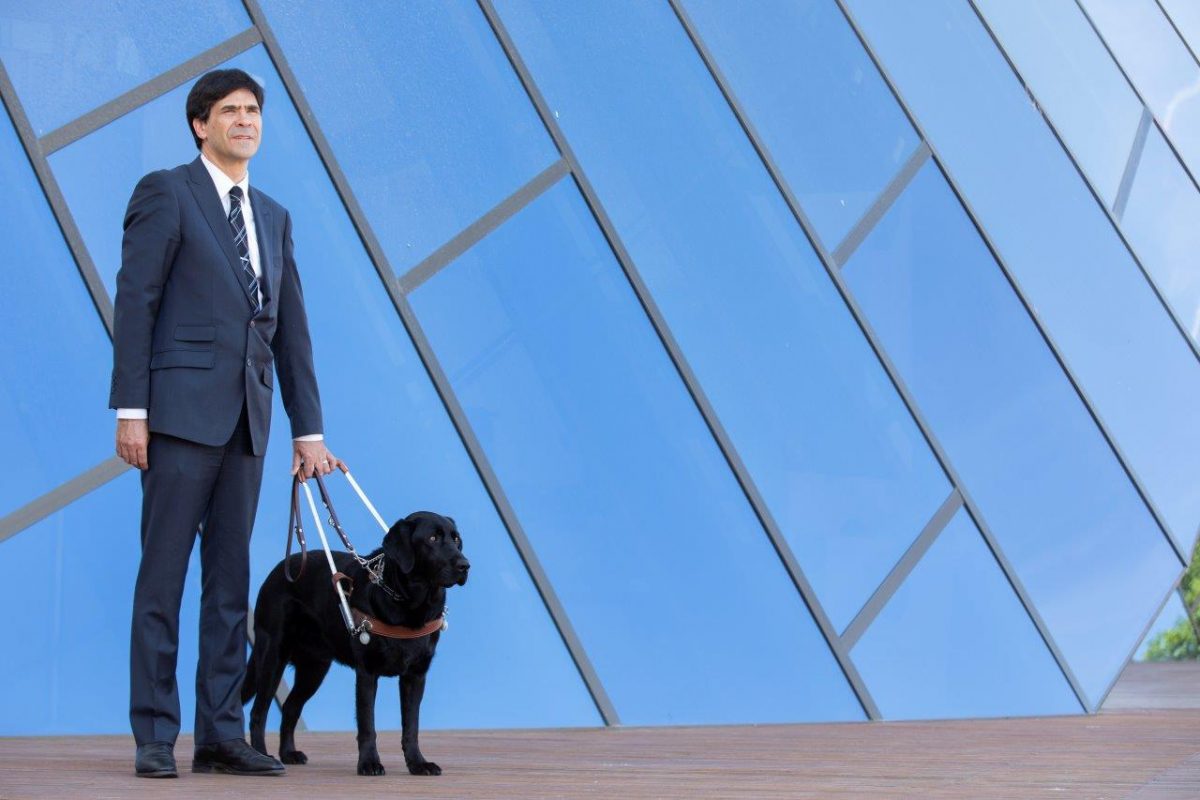 Scott Grimley says having Dudley by his side has opened up his world. Photo: Supplied, George Serras, National Museum of Australia.

While Scott has been using a cane since 2010, he said it had its limitations.

“It can help you find things, but it doesn’t tell you what the obstacles are,” he said.

“With a guide dog, you hold the handle, tell it ‘forward’ and away you go.

“They just open up your world.”

Scott said with Dudley by his side, he now enjoyed a level of independence he didn’t have before.

“I can be standing with Dudley in JB Hi-fi in Canberra Centre and say, ‘Take me to the Apple Store’, and he takes me,” he said.

“I now don’t have to stop people and ask where to go, I just get taken there by a beautiful Labrador.

READ ALSO There’s about to be an explosion of garage sales – what’s going on?

Scott said that while some people could be put off by the thought of having another living creature to care for, “it is worth it”.

“Just the other morning I was walking to catch the bus, and Dudley stopped on the path,” he said.

“A car then just zoomed out in reverse.

“If I just had the cane I would’ve been crushed.”

Scott will be on hand at the Guide Dogs ‘Pat and Chat’ tour in Canberra on 26 November to answer any questions people have about guide dogs and the low-sighted community.

“Many people know what guide dogs are, but they’re more than that,” he said.

“You can come and meet some of the puppies being raised here in Canberra, learn about how they can be court dogs to put people at ease, or therapy dogs for people with depression, anxiety or autism.”

Guide Dogs NSW/ACT’s ‘Pat and Chat’ tour will be in Canberra at Old Parliament House on 26 November from 9 am to 12 pm, with tickets costing $10. 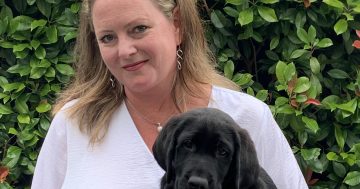 Are you doggedly determined to help others? Here's a cute idea