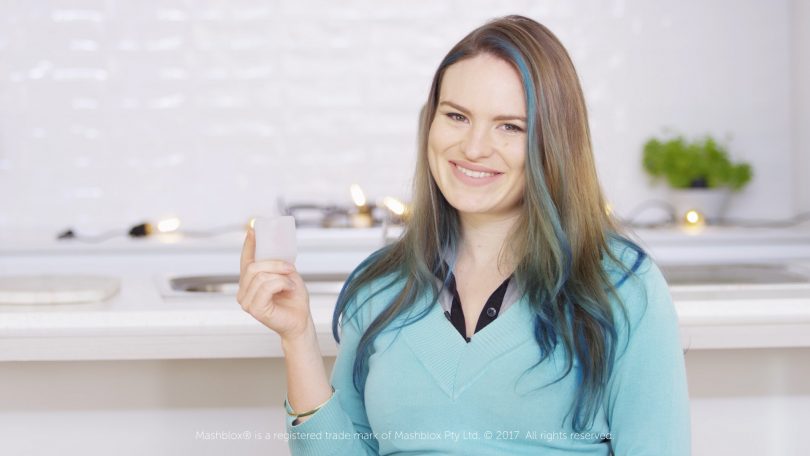 A young entrepreneur who wanted to help parents overcome the problems of feeding fussy infants has been named Canberra Young Businesswoman of the Year.

Alix O’Hara recently launched a revolutionary new product named Mashblox® which consists of silicon cubes that can hold food and be played with like building blocks. It combines young children’s tendency to play with their foods, and to explore the world through their mouth, into a practical, engaging solution for them to feed themselves.

Alix is one of five enterprising Canberra women who were awarded prestigious Canberra Women in Business Awards at a Gala Dinner at the Hyatt Hotel last Friday night. 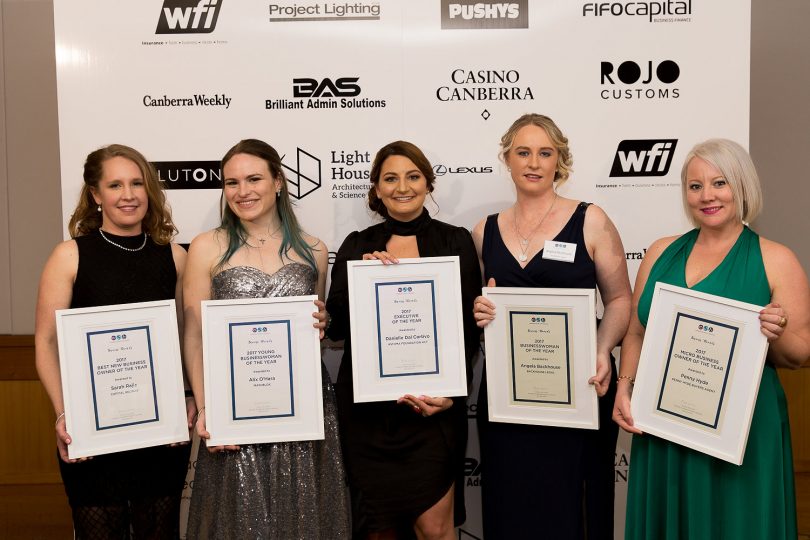 Women in Business award winners for 2017.

The winner of the prestigious 2017 Businesswoman of the Year Award was Angela Backhouse of Backhouse Legal, while Danielle Dal Cortivo of the Asthma Foundation ACT and Raize the Roof was awarded Executive of the Year.

The 2017 New Business of the Year Award was strongly contended, with Sarah Rajic of Capital Recruit taking out the title and Kylie Wood from Kylie’s Gardening Services receiving a Highly Commended certificate.

Penny Hyde of Penny Hyde Buyers Agent took out the title of 2017 Micro Business of the Year. With the competition in this category close, Abby Rees of PunkPD was awarded a Highly Commended certificate.

“We are also proud of every woman who reflected on their business success and put themselves forward for the 2017 Awards,” she said.

“Your courage and your determination in business is helping us show the business world that Canberra is an innovative territory that fosters creativity and provides a magnificent launch-pad for businesses of all sizes.

“Many of our past winners have gone on to even greater success in their business through the extra media coverage, networking opportunities, and invitations to speak that have stemmed from their recognition through our awards. It’s such a privilege to watch these businesses go from strength-to-strength as their profile is raised after winning a CWB award.”

Alix O’Hara is thrilled about her award win, which she says is “an incredible recognition of my journey and the people who have helped me on the way”.

“It represents an opportunity to present my invention and purpose to a wider audience that may help spread the word to get Mashblox® into the hands of more children,” Alix said.

“Twenty-four per cent of children under four worldwide are now overweight or obese and I think that starts with spoon feeding,” she said.

“I’d like the next generation to establish a healthier relationship with food than what I had when I was forced to eat as a child and this award gives me a platform to draw attention to that cause.”

Alix said that often children become fussy eaters because they lack control of their food.

“Mashblox® solves this by incorporating play with the feeding process. By putting semi-solid and mush foods inside hollow silicon building blocks, you simply return that control to your child. This saves you time and energy, and makes meals a lot more pleasant for everyone,” Alix said.

Alix said that solving this problem meant temporarily changing her view of the world.

“I was thinking, when you’re two and a bit feet high, there isn’t a lot that you can control. Your meals, friends, activities, clothes, and bed time are all chosen for you. The one thing you can control is what you will -or won’t– eat.

“If I was being spoon fed most of every meal, it wouldn’t take me long to get frustrated. In that position, you really have only one way to push back.” 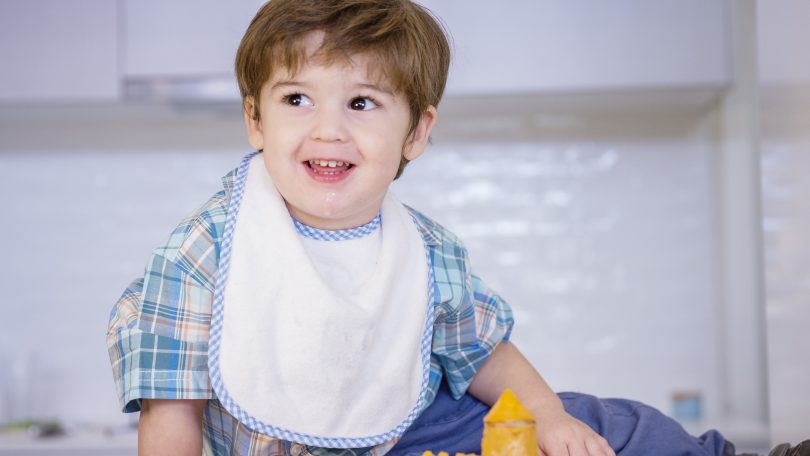 “The research is very important to me. It’s one thing to create a product that parents find useful to engage their children with good foods, but quite another to create impact.

“The research is how I’ll prove it. I’ve since found other supporting studies in progress around the world that make me hopeful about the hypothesis.”

Mashblox® is now available via website www.mashblox.org or through Canberra IGAs and locally owned stores.

Alix said she has been thrilled with the reception to date.

“Responses from dietitians, occupation therapists and even speech pathologists have been positive in that they all recognise the potential benefits, and I’m getting wonderful feedback from parents on Facebook.,” she said.

“I’ve also been blown away by the support I’ve received from the business community. Canberra Women in Business, Canberra Innovation Network, Griffin Accelerator and all the doors they’ve opened, and University of Canberra’s openness to partnership.

“If you have your own business idea, you’re in the right place.”

Go Alix, your hard work is paying off. I hope you are watching IGA, Priceline, Coles and Woolworths. This is a great product!

Monica Tiffen - 1 hour ago
They are so lovely, Butsome really worry me Swaying in the wind over Homes! View
Rowena May - 1 hour ago
and when people express their concerns the govt says no you can’t cut them down….. but hmmm the Northbourne Ave ones were... View
Greg Myat - 2 hours ago
Still it would be a shame to cut everything down due to a once in how many years event. View
Community 47

George Watling - 4 hours ago
Unfortunately uninformed (often self-serving) fear mongering about trees has a long history in Australia and overseas. Every... View
News 49