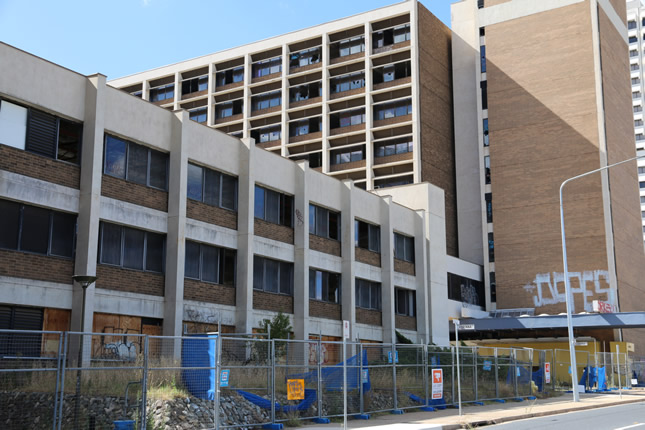 About four years ago, a large car park between Melrose Drive and Corinna and Furzer Streets in Woden was closed and work began on ‘landscaping’ the area.

Part of the work involved realigning parts of Corinna Street to make for a better connection to Melrose Drive and Furzer St outside the now derelict Alexander and Albemarle buildings. This realignment was a great improvement on the old configuration, although why it was necessary to add another set of lights on Melrose Drive is problematic. 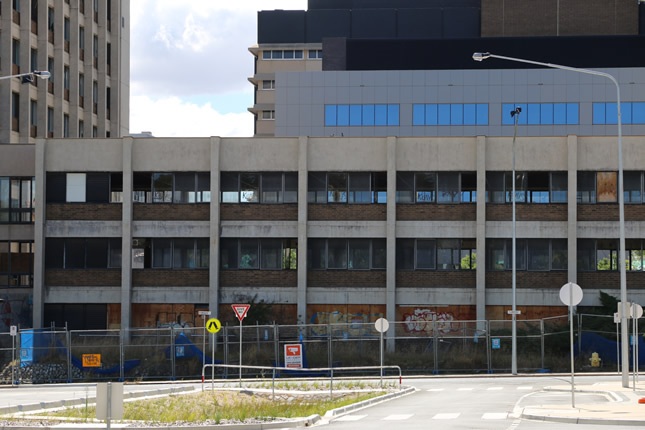 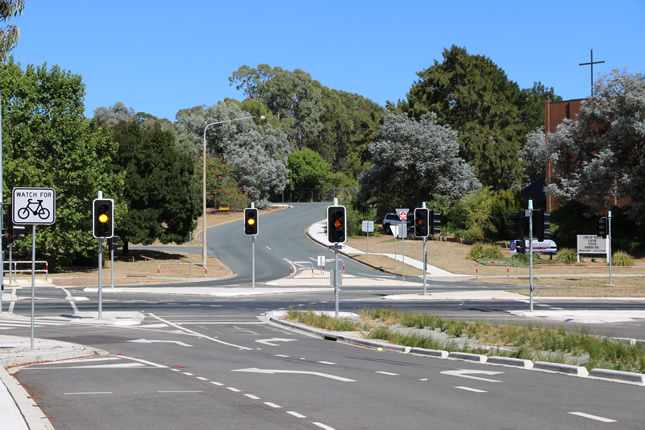 The remaining space consisted of a small area near the Woden Library and a much larger area adjacent to Aviation House. For many months stretching into three years teams of workmen with numerous trucks and other large equipment performed a variety of endless tasks moving soil from one place to another and then back again, standing around discussing ‘progress’, erecting fences and barriers and finally planting trees and grasses.

Eventually the development was ‘ready’ for the public to use.

On the smaller area a number of large bollard type items have been placed, presumably designed for people to sit on. Unfortunately there is no shade and in the time it has been open I have yet to see anyone sit there. These ‘seats’ are surrounded by some grassy tussocks and a number of trees. The trees, planted directly in the pavement and enclosed by fencing, are already dying, possibly through lack of water. A small section, also fenced, has what was apparently going to be a grassed area which is now totally dead.

Despite the enormous amounts of fresh soil deposited on the larger area adjacent to Aviation House (also fenced) whatever was planted (grass?) has not been tended and again is a total wasteland.

The whole area, including the appalling decay of the Alexander and Albemarle buildings, present a sorry appearance of neglect. Unfortunately such eyesores are common around Canberra.

I would like to know the cost of this disaster, undoubtedly paid for by the poor long suffering taxpayer of Canberra. I wouldn’t be surprised if the cost, given the amount of heavy equipment, labour and time taken, was well over $10m – a very expensive wasteland.

Is anyone ever held accountable for this and similar gross waste of money?

Plus if they’d just left it as functional parking like it used to be then the government would have made money rather than the privately owned multi-storey next door. Can’t have the government compete with private enterprise, society might accidentally end up better off.

Plus by leaving it to waste, when they finally cave in and agree to pay for the removal of the asbestos in the privately-owned buildings across the road they will be able to spend more money doing it up again. Once the monorail, sorry, tram starts making squillions of dollars they’ll be so flush with cash they will be able to do heaps good public stuff again. Maybe even more sculptures!