Experience the joy of sax in French feast 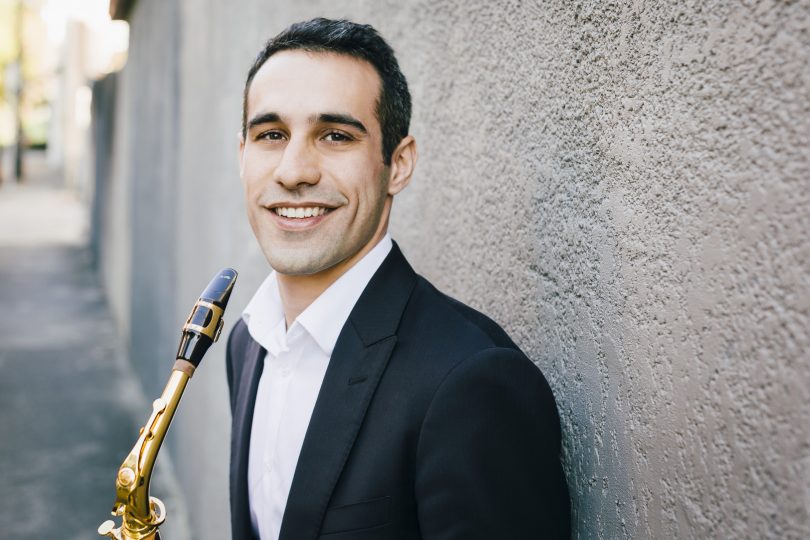 Fans of the saxophone are in for a French treat with Sydney virtuoso and composer Nick Russoniello performing what he calls the greatest classical work involving the instrument with the Canberra Symphony Orchestra on September 5 and 6 at Llewellyn Hall.

The 2011 ABC Symphony Australia Young Performer of the Year and the 2013 Fine Music Kruger Scholarship winner, says Debussy’s Rhapsody for Alto Saxophone and Orchestra (1903) is a rarely heard masterpiece.

“It’s different from other concertos, not a virtuostic showpiece, it’s all about the tone colour and sound of the saxophone,” he said.

“It’s such an unusual concerto, it’s like you’re a tour guide in this orchestral piece, sometimes commenting, sometimes leading the charge and they follow you. You’re guiding the orchestra as opposed to the concerto when they’re like your backing band.”

The original title was the Moorish Rhapsody so expect Arabic and fiery Spanish influences combined with Debussey’s amazing sense of tone colour and orchestration, Russoniello said.

He said Debussey was commissioned by a wealthy US woman who was an amateur player of the relatively new instrument, which was first patented in 1860.

“It’s amazing how well he seemed to understand the sound of the saxophone considering how little saxophone he had probabbly heard in his life,” he said

And while he’s at it why not hang around for Ravel’s Bolero as well? 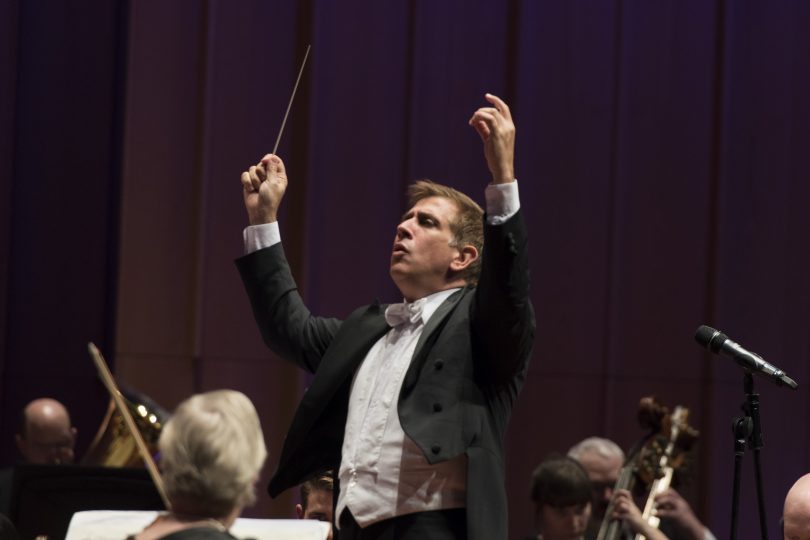 When Chief Conductor Nicholas Milton taps you on the shoulder it’s impossible to say no.

“Any opportunity to play in an orchestra for a saxophone player you say yes,” he said.

Russoniello said Bolero was like a party across the orchestra because everyone gets their turn.

“It’s an awesome gig for a saxophone player because it’s a great repertoire that you never get to do so I jumped at the chance to come and do it. I’m looking forward to working with him [Nicholas Milton]. I’ll learn a few things,” he said.

The fourth instalment of the ActewAGL Llewellyn Series celebrates the 100th anniversary year of the death of Claude Debussy and is a feast of some of the most extraordinary and influential French works in the orchestral repertoire.

“Bolero is a piece that always brings audiences to their feet. It is a piece that builds up form the most simple and modest beginnings, and culminates in the most electrifying climax in the repertoire, ” says Dr Milton.

On the program as well is Hector Berlioz’s Symphonie fantastique – an epic orchestral fantasy that forever changed the landscape of symphonic music.

“Symphonie fantastique is a portrayal of the crazy imaginations of one of the 19th century’s most extraordinary individuals. Berlioz wrote memoirs and talked about adventures, drug crazes, and witches’ Sabbath. This piece has everything. It’s got two tubas, a gigantic orchestra, a most extraordinary orchestration, and the most wonderful effects,” Dr Milton said.

@The_RiotACT @The_RiotACT
The @NFSAonline has unearthed a rare recording of a @ledzeppelin interview that features in a new documentary on the legendary rock band https://t.co/YSn9EwPTIR (22 minutes ago)