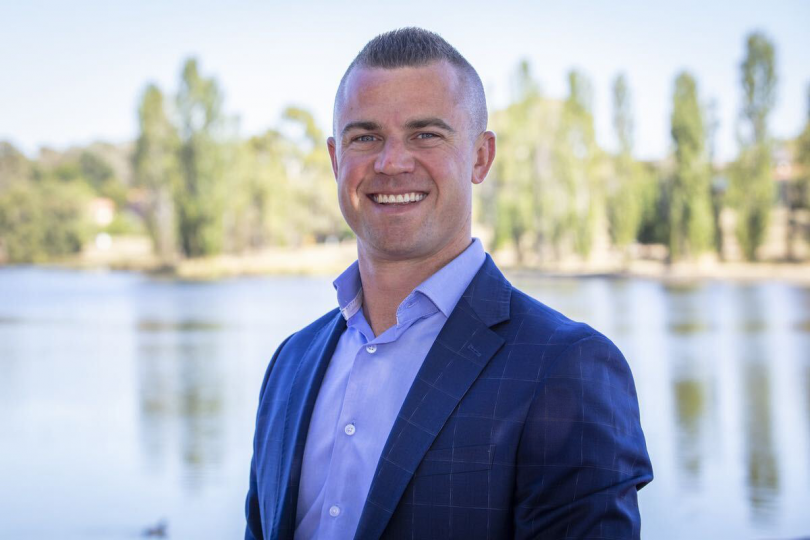 What comes across talking to Luke McAuliffe is that he is very clear about the responsibility he carries for his clients.

“When you present as a professional, you should be professional, you’re handling their biggest asset. These are things that people lose sleep over – it’s a life-changing decision they’re making.”

His empathetic approach to his clients has brought him success, with a new role at Luton Properties Gungahlin as a sales agent, and several suburb records set in 2020. Those records included 10 Wendy Ey Place in Nicholls which sold for $2,025,000, and 11 Hendry Close in Nicholls which sold for $2,475,000, which also set the Gungahlin region record. He has more million-dollar-plus sales in 2020 than any other agent for the suburb.

Mr McAuliffe was born and raised in Canberra on the north-side, and his exposure to the world of real estate started the minute he was born.

“Dad was in real estate. He was a hard worker and very successful as an agent and business owner,” he said.

But real estate was not his first career choice. As a school leaver, he tried many jobs, including a signwriting apprenticeship, logistics for the Brumbies and Raiders at Bruce Stadium, sales at David Jones in the electronics department, loans officer at the Commonwealth Bank, and brickie’s labourer.

“After that, I thought well, dad did well at real estate, he retired in his early 50s, maybe I’ll give real estate a try.

“I called dad and talked to him about it. At that age, 23, he said don’t do it,” he laughed, “but I did it. He put me onto a few company owners in Canberra he trusted and knew well, and I started at Blackshaws at Gungahlin working for Michael and Rebecca Braddon who have helped me immensely throughout my career.”

“I liked the way Nick Paine operates,” said Mr McAuliffe, “and I thought it would be a great move for my career and future.”

His approach to clients is focused on ensuring good communications. He ensures his availability to them to clarify any issues, and provides reassurance about what is, for the majority of people, the sale or purchase of their biggest asset – their home.

“I’ve learned to put myself in other people’s shoes before I respond,” he said. “You think about how someone else might be feeling in a situation, and respond to them in a way that removes any doubt they have in their mind.”

He has a quick and easy manner with clients, developers, mortgage brokers, vendors and buyers, and builds rapport quickly, developing strong and trusting relationships.

Mr McAuliffe prides himself on his ability to prepare specialised marketing campaigns and has formidable negotiating skills, and importantly, can provide useful and relevant feedback to vendors.

Mr McAuliffe’s advice for those selling a home is to spend a little on the presentation before going to market.

“I spoke on 2CC late last year with Luke Smith from Envision Financial and we touched on making the most out of your biggest asset. What I’ve found over the last 12 months or so, is that because of a shortage of stock on the market, buyers are paying a huge premium for homes with new paint and carpet, that don’t need any further work. They’ll pay a premium for that.

“Tidy up the landscaping and garden, stage the property, so it doesn’t feel like someone else’s home,” he said.

Over the past eight years, Mr McAuliffe’s professional approach has resulted in over 400 successful sales, achieving over $250 million of real estate sold.

He has a substantial following on social media, holds a 4.9-star rating on RateMyAgent and is a regular guest on 2CC.

You can view Luton Properties Gungahlin sales agent Luke McAuliffe’s profile on Zango, or contact him on 0433 338 429 or by email. 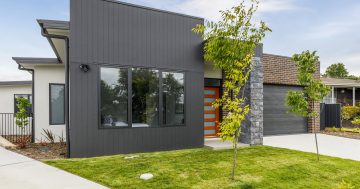 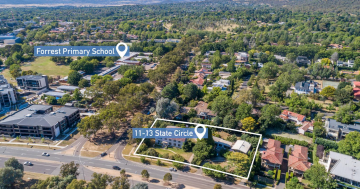 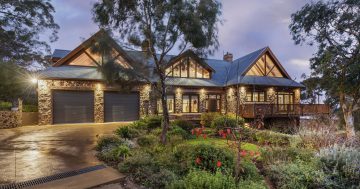 Superlatives don't do justice to this 'jaw-dropping' Goulburn home 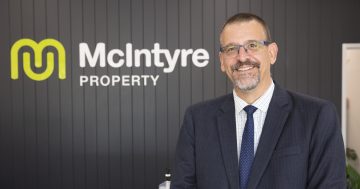 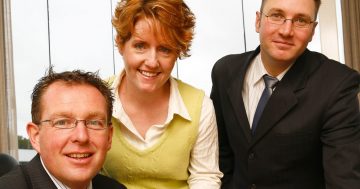 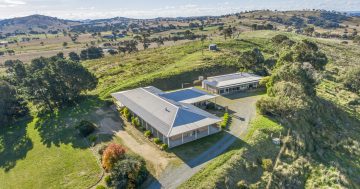 Stunning views and boundless possibilities in this private bush getaway

7 May 2022 | By Aiden Rothnie
Start the conversation