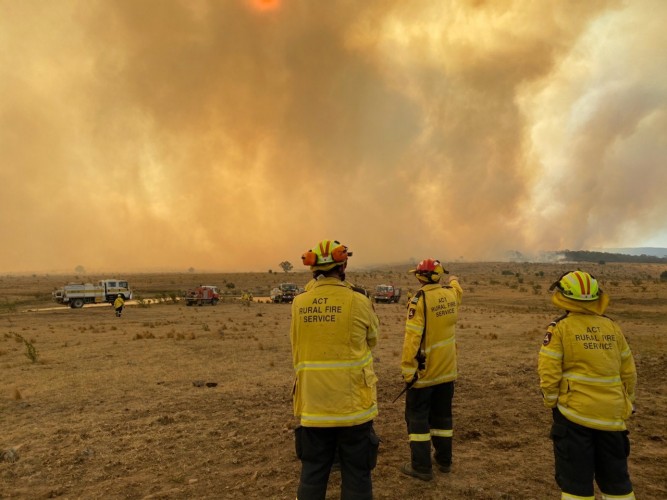 ACT volunteer firefighters will be eligible for Federal Government financial support after Prime Minister Scott Morrison agreed on Wednesday to a request from the ACT Government.

Chief Minister Andrew Barr says grants of up to $6000, with a $300 daily cap, will be made available to ACT Rural Fire Service and SES volunteer firefighters who are self-employed or employed by a small or medium business who have lost income as a result of volunteering to fight the fires.

The payment is only applicable to those who have volunteered for more than 10 days over the financial year.

Mr Barr said the payments would be made on equivalent terms as those offered to volunteers from NSW.

Mr Barr and the Minister for Police and Emergency Services, Mick Gentleman, had written to the Prime Minister requesting access to the Volunteer Firefighters’ Financial Support Program for the ACT Rural Fire Service and SES on 4 January, when Canberra and the region endured record temperatures and heightened fire threats.

“The ACT Rural Fire Service and SES volunteers have been providing much-needed support to their NSW and Queensland counterparts since September, as well as recently containing the Hospital Hill fire here in the ACT this week,” Mr Barr said.

“I would like to again thank the brave ACT Rural Fire Service and SES volunteers currently protecting our Territory and the neighbouring region.”

The ACT Government is working with the Commonwealth on the delivery of payments, with guidelines in place to ensure they go to all eligible volunteers.

These payments will cover the period from 1 July 2019 to 30 June 2020. All ACT volunteers involved in fighting fires during this period will potentially be eligible and payments will be accessible from next month.

Mr Gentleman said the compensation would ensure those who are self-employed or are employed by a small to medium-sized employer were not left out of pocket.

“Our volunteer firefighters sign up because they want to protect their communities and help their neighbours. They show a remarkable level of bravery and professionalism and I thank them for their selfless work,” he said.

“Longer and more severe fire seasons due to climate change are creating an even greater need for our volunteer firefighters.”

He also thanked employers in the ACT who provided volunteers with emergency services leave, which was crucial to supporting their efforts.

It should have already happened and it should be alot more people on it.

What a lot of nasty people are our politicians

The same one with all the hidden conditions? https://www.fassifernguardian.com/page/firefighter-compensation-government-sham?fbclid=IwAR2Z00k8uBd1NRC5FeJHzwesXgeBpBeBtSjUXY8rh9HPehAqDG3x-rC1gzk

Shouldn’t have had to be added to! SHOULD HAVE BEEN BETTER THOUGHT OUT IN THE FIRST PLACE!!!!!

Hindsight is a wonderful thing Annette

Chris Thomson but foresight is better 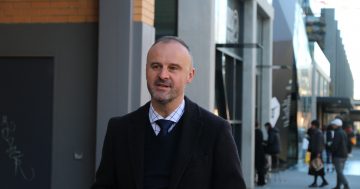