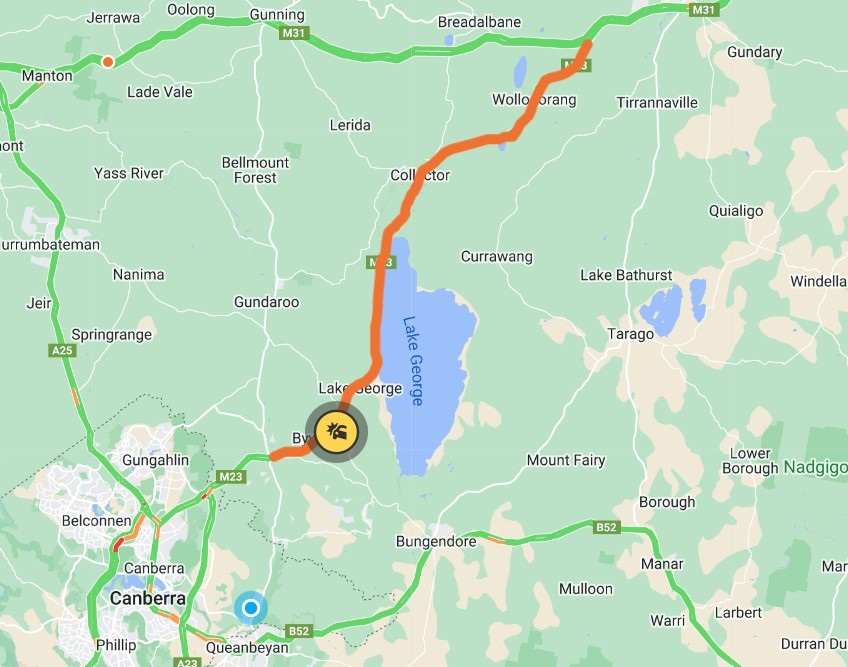 UPDATE 4:20 pm – The Federal Highway has been re-opened following this morning’s fatal crash.

Motorists are still advised to drive carefully in the area.

This road closure is no longer in place at Eagle Hawk. https://t.co/rgJY2hkWgY

UPDATE 2:10 pm – Northbound lanes of the Federal Highway have been re-opened as investigations continue into a fatal crash near Bywong.

Police have released further information about the incident, saying the person killed was a 28-year-old man.

The two vehicles collided head-on before the truck swerved and crashed into a Toyota Hilux.

The 24-year-old truck driver was taken to Queanbeyan Hospital for mandatory testing.

A crime scene has been set up and forensically examined, with the southbound lanes of the Federal Highway still closed.

Local traffic diversions are in place with motorists urged to plan ahead, as further delays are expected.

UPDATE 9:10 am – It’s been confirmed a driver has been killed in a crash on the Federal Highway near Bywong.

Emergency services were called to the crash site north of Queanbeyan at about 7:30 am following reports a Ford Falcon and a B-double truck had collided head-on.

The truck then swerved and crashed into a ute.

The driver of the Ford Falcon died at the scene.

The drivers of the truck and ute weren’t injured and are helping police with their inquiries.

The truck driver will be taken to hospital for mandatory testing.

Fire and Rescue NSW (FRNSW) has declared the site a “hazardous materials emergency”, with a large oil and diesel spill from ruptured fuel tanks, along with debris being strewn across the area.

ACT Fire and Rescue was also on scene, and emergency service operations were expected to take most of the day.

FRNSW Superintendent Adam Dewberry said it was a timely reminder that calling Triple Zero (000) when you were involved in or saw a crash could be the difference between life and death.

“The Triple Zero service is the quickest way to get the right resources from emergency services to help you,” he said.

“It should be used to contact Police, Fire or Ambulance services in life-threatening or time-critical situations.”

A crime scene has been established as police officers begin their investigation into the circumstances surrounding the crash.

The road is expected to be closed in both directions for several hours. Motorists have been urged to avoid the area and plan ahead as further delays are expected.

A road closure has been put in place on the Federal Highway at Eagle Hawk. All road users will be detoured via Mckeahnie Lane at Eagle Hawk to return to the ACT. https://t.co/BFZSbv2loz

8 am – Motorists have been warned to avoid the Federal Highway following a two-vehicle crash near Bywong earlier this morning (8 November).

It’s believed the vehicles, including at least one truck, collided just after 7:30 am on the highway near Schofield Road.

It’s understood petrol and oil have been spilled across the road.

Fire and Rescue HAZMAT and rescue trucks are on scene, along with NSW Police and NSW Ambulance.

Motorists could take the Hume and Barton highways, with drivers warned to allow for extra travel time. 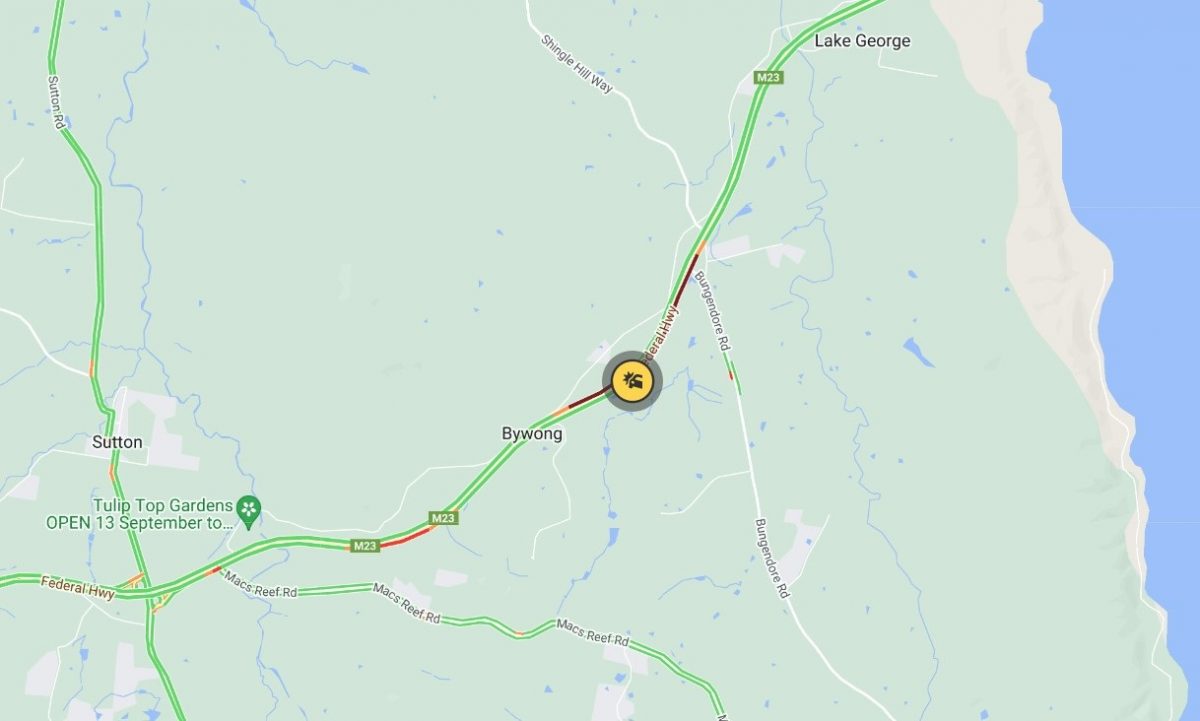 It’s understood two vehicles were involved in a crash at about 7:30 am this morning. Photo: Live Traffic.